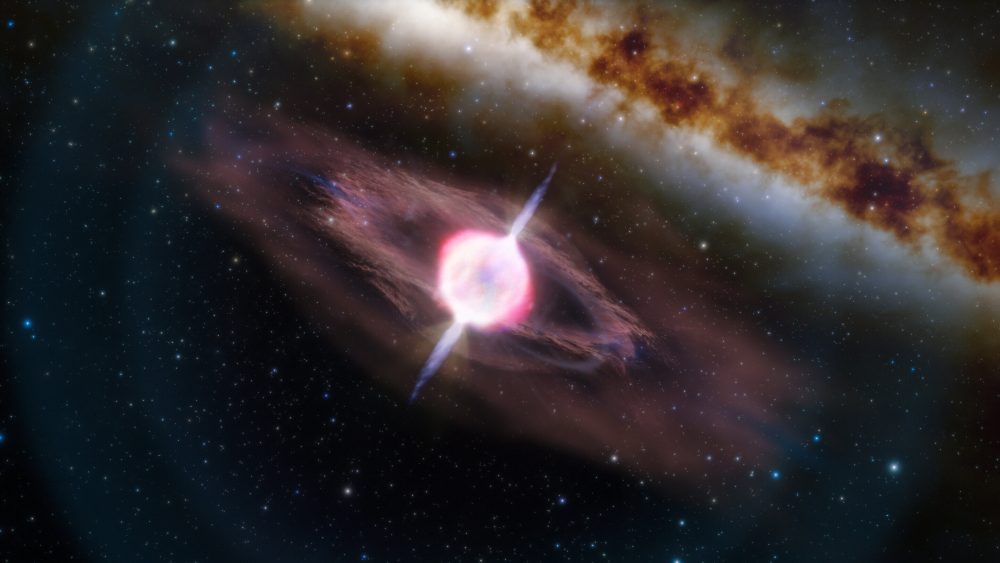 Astronomers believe that this and some other gamma-ray bursts associated with supernovae appear to be short because the jets of gamma rays that exit the collapsing star's poles are not intense enough to completely leave its surface.

Astronomers have recorded the shortest gamma-ray burst ever produced by the collapse of a massive star. The discovery may question the generally accepted classification of gamma-ray bursts based on their duration. Moreover, the completion of this research might lead to more discoveries of this kind.

1. Gamma-ray bursts are explosive cosmic processes that are accompanied by a large-scale release of energy, mainly in the form of gamma radiation. They are classified by duration into short (less than two seconds) and long.

2. Long-term observation has shown that, in general, long GRBs arise from the collapse of the core of a massive star, while short ones arise from the merger of binary neutron stars.

3. Over time, however, it became clear that the duration criterion does not always adequately reflect the nature of the outbreak. For example, it has been suggested that some long GRBs owe their origin to the merging of neutron stars, while some short GRBs look like long ones.

4. For a more accurate answer to the question of what caused the burst, it is necessary to take into account all its properties, including the characteristic afterglow in the longer wavelength ranges.

5. One such controversial GRB was GRB 200826A, which was observed and studied by a group of astronomers from 12 countries, including Russia, led by Tomás Ahumada of the University of Maryland, USA. After analyzing the data obtained, they showed that GRB 200826A, whose duration is only 0.6 seconds, occurred as a result of a supernova explosion in a distant galaxy.

6. The astronomers were helped in this by the multi-object spectrograph installed on the Gemini North telescope in Hawaii. The researchers captured an image of the galaxy from which the radiation came on days 28, 45, and 80 after the gamma-ray burst, which was recorded on August 26, 2020, by the Fermi Space Telescope.

7. By analyzing the incoming signal in several ranges, the scientists discovered excess radiation that could only be explained by a supernova explosion as a result of the collapse of a massive star.

8. The discovered find casts doubt on the correctness of the generally accepted classification of gamma-ray bursts. In addition, it may shed light on the controversy associated with the fact that the number of long GRBs observed by astronomers is much less than the number of supernovae. The researchers suggest that many of the observed short bursts are in fact related to the collapse of stars.

9. Astronomers believe that this and some other gamma-ray bursts associated with supernovae appear to be short because the jets of gamma rays that exit the collapsing star’s poles are not intense enough to completely leave its surface.

10. As a result, the burst appears to be shorter than it actually is, or it is not observed at all. If this hypothesis is confirmed, it will lead to the fact that the number of gamma-ray bursts caused by the collapse of massive stars will be detected more often. 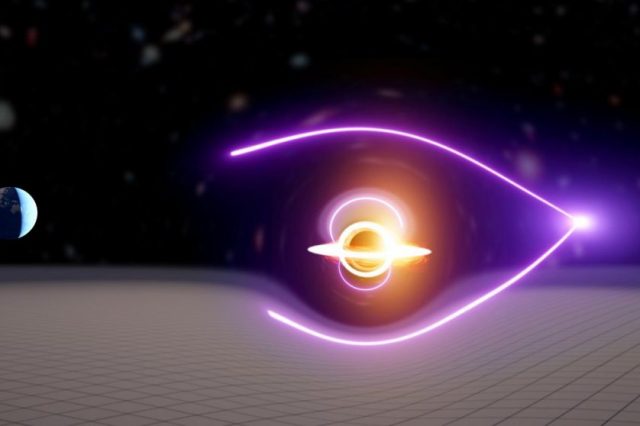 Scientists Spot Mystery Object As They “Look Back” In Time