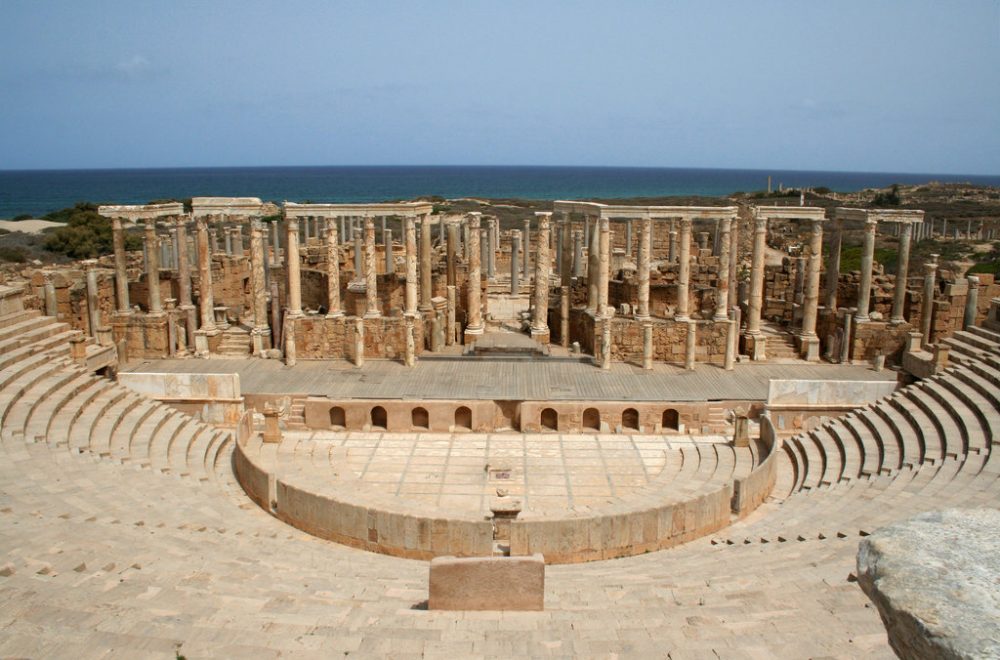 Leptis Magna is one of the few completely preserved Roman cities in the world. Located in modern-day Libya, this is an ancient city with over 3000 years of history. Over the centuries, it was part of several empires and grew to one of the largest port cities in the world until the decline of the Roman Empire led to the complete abandonment by its citizens.

1. The exact foundation date of Leptis Magna is unknown. Historians debate on dates from as early as the 7th century BC to around 1100 BC.

2. The original purpose of the city was to serve as a Phoenician colony and a massive port. Over the centuries, it grew and fell under the protectorate of Carthage although the Carthaginian Empire never claimed it as an official territory.

3. After the conclusion of the Third Punic War which resulted in the decisive victory of Rome over Carthage, Leptis Magna became part of the Kingdom of Numidia for a short period of time before it was absorbed by the Roman Empire and became part of the African province.

4. Historians believe that more than 100,000 people lived in the city during the reign of Julius Caesar. The production and processing of olive oil were so profitable for the population that in 46 BC Caesar imposed on the inhabitants an annual tax of about one and a half million liters of olive oil.

5. Leptis Magna is well-known as the birthplace of Emperor Septimius Severus. During the time of Severus, the city received the so-called ius italicum, which means a large tax exemption. The place became the endpoint of many trade routes and thrived on agricultural goods such as olives. Over time, he turned his hometown into one of the three most important Roman cities in Africa.

6. Unfortunately, as the Roman Empire went into decline, Leptis Magna also suffered the consequences. This period is known as the Crisis of the Third Century. During these 50 years, Rome’s colonies were under constant barbaric invasions while the empire itself was suffering from civil wars.

7. For centuries, Leptis Magna suffered from these invasions until about 523 AD when most of its inhabitants abandoned the city.

8. In the ruins of the city today are the Arc de Triomphe of Septimius Severus, the grand Roman baths, the old and new forums, and the theater. The restored Amphitheater and the Circus are also extremely beautiful and impressive for tourists.

9. Excavations of the ancient cultural center began in 1911-1912 by a group of Italian archaeologists. Another famous landmark that must be seen here are the famous Hadrian’s Baths which are perfectly preserved.

10. Leptis Magna is also home to some of the most impressive mosaics ever discovered by archaeologists. If you decide to visit Leptis Magna, do it in the spring and autumn because the heat here in the summer is strong enough to kill anyone’s tourist enthusiasm.