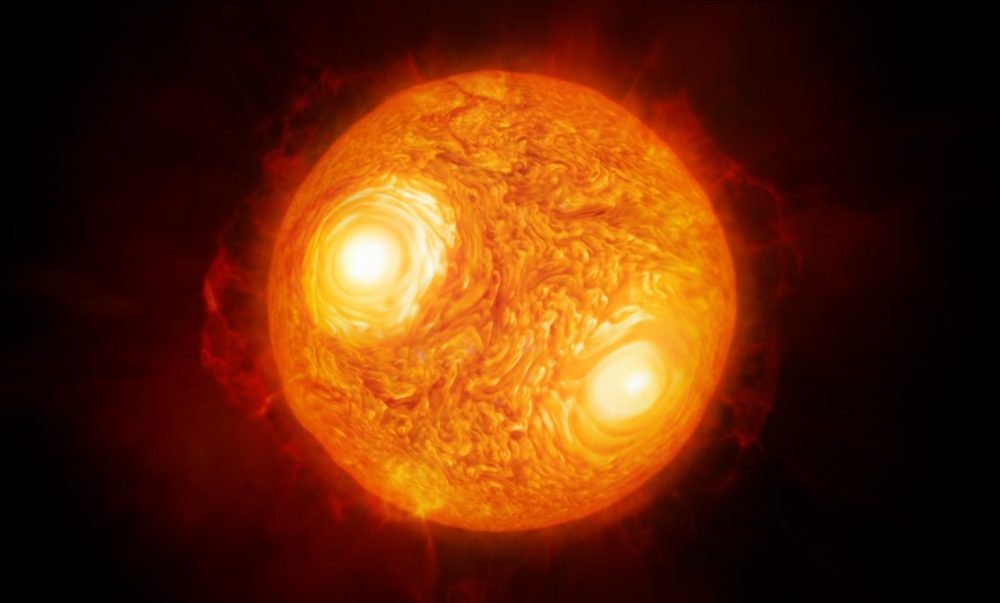 Antares, one of the brightest stars in the night sky, is a subject to endless research. It has been one of the most important stars for mankind from the dawn of humanity to modern days.

Antares is one of the brightest stars in our sky. More importantly, it has been part of human history, astrology, and astronomy for thousands of years. Although it took thousands of years and modern technology to understand it as we do today, Antares was familiar and extremely important for ancient cultures like the Persians.

Let’s dive into the facts and learn everything you need to know about Antares.

1. Antares is classified as a red supergiant and is at the last stage of its existence

Antares is a huge and relatively cool red giant star in the last stages of its existence before becoming a supernova. Astronomers consider it to be a typical red supergiant.

These huge dying stars have a mass between 9 and 40 solar masses. When a star becomes a red supergiant, it expands its atmosphere, as a result of which the size and brightness of a star increase, and its density decreases.

2. It is the brightest and largest star in the Scorpius constellation

3. Data varies but Antares is considered either the 15th or 16th brightest star in the night sky

What this means is that you can see Antares without the need for a telescope. Well, of course, if you want to see anything more than a small red light in the sky, we suggest using a telescope or at least, a pair of binoculars.

4. It is approximately 600 light-years away from Earth and 550 from the Sun

6. Its luminosity is approximately 60 000 times greater than that of the Sun

7. Antares has a mass more than 12 times greater than that of the Sun although it must have had at least 15 times the mass of the Sun at the beginning of its existence

Scientists believe that Antares began its existence with a mass 15 times greater than the Sun but it has lost a lot of mass during the millions of years. There is no explanation about this occurrence yet but most similar stars have seen that loss of mass and scientists still do not understand the reason.

8. Its surface temperature is significantly cooler than that of the Sun

9. Antares comes close to the sun every year around the end of November

The exact date changes yearly but generally, Antares comes closest to the sun in the period between November 30 and December 2. However, the greatest period to observe Antares is late spring around the end of May.

10. Most ancient civilizations knew about Antares and had names for it

11. The ancient Babylonian name for Antares meant “Heart of the Scorpion” as it is located at the center of the constellation

13. Antares was one of the four “Royal Stars of Persia”, meaning that it was extremely important for the ancient civilization

In Persia, it was considered one of the four royal stars of our galaxy. It was called the “Guardian of the West” because, at 3,000 BC, it coincided with the point of the autumnal equinox. It was associated with the element of water.

14. Antares was the national star of the ancient Chinese Shang dynasty

15. It is part of the 27 stars depicted on the Brazillian flag