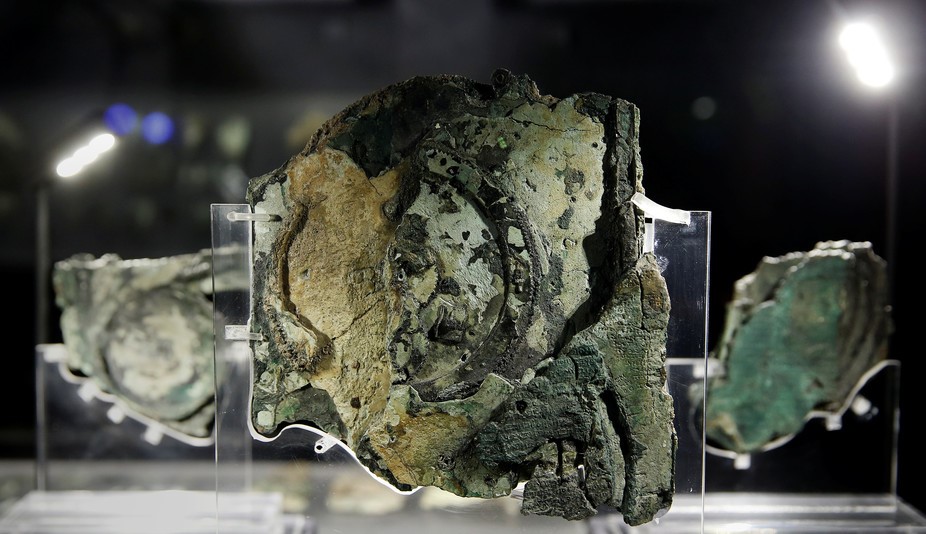 Some of these artifacts allegedly point towards a missing link in history books.

Earth’s history, as well as the history of humans on our planet, spans back longer than we’ve ever imagined.

It’s not a surprise that mainstream scholars are unsure even today exactly when humans appeared on Earth.

There is evidence of human occupation on the planet dating back millions of years. And most of this ‘history’ remains hidden deep beneath the surface, buried beneath our feet like a puzzle masterpiece waiting to be uncovered and put together.

In this article, we explore five extremely ancient artifacts that have been discovered by experts, suggesting history as we know it is filled with gaps.

This ancient computer dates back 2,200 years. The device is believed to have been used in ancient times as an analog computer, which allowed astronomers to predict cosmic positions.

It was recovered by divers off the coast of Greece in 1901. Numerous tests have been performed on the ancient computer, including X-Rays, which have shown that the Antikythera Mechanism is, in fact, a sophisticated system of interlocking gears. It was so advanced that a similar device approaching its complexity and artistry would not appear anywhere on the planet until the 14th century.

Found during a well-drilling operation in Nampa, Idaho, in 1889, the Nampa figurine is a small statuette believed to be 1.2 million years old. The miniature figurine represents a human female. Its made out of clay and quartz and was found 300 feet beneath the surface in a very deteriorated condition.

The existence of the figurine raised several controversies.

According to accepted mainstream historical timeframes, humans’ origin can be traced back to some 200,000 years. However, sediments discovered around the Nampa figurine are more than six times older.

It’s huge. It’s old. It’s striking. A massive footprint located in South Africa, in the vicinity of the town of Mpaluzi, close to the border with Swaziland, makes absolutely no sense.

A massive granite block has a massive footprint embedded on its surface. Geologists believe that the granite block dates back some 200 million years.

Over a hundred years ago, this fascinating footprint was discovered when a hunter called Stoffel Coetzee stumbled across it in 1912 while hunting in the area. The footprint left behind on ‘rough granite’ measures a staggering 4 feet in length.

One of the most controversial artifacts ever discovered on Earth.

The humanoid footprint was discovered in New Mexico. It was embedded in strata dating back to the Permian period, circa 290 million years ago.

In addition to the human footprint, researchers discovered tracks of wild animals as well as birds.

According to reports from Chinese News agencies, a mysterious object discovered in 2002 could be evidence of prehistorical civilizations.

Tests have failed to show the exact composition of the mysterious rock, researchers that include geologists and physicists from the National Land Resources Bureau of Gansu Province, Colored Metal Survey Bureau of Gansu Province, the Institute of Geology and Minerals Research of China Academy, Lanzhou Branch, and the School of Resources and Environment of Lanzhou College are unsure of the origin of the artifact and point out that at this time, all theories are possible.

According to Lanzhou Morning News, after discussing the possibility of being human-made and the possible reasons for its formation, scientists unanimously labeled the stone as one of the most valuable in China and the world of collections, researchers, and Archaeological studies.”

And as things only keep getting older—as Graham Hancock would say, here we have an artifact that supposedly dates back a staggering 400 million years.

Referred to as the ‘London Hammer,’ the alleged artifact is one of the most ancient ‘man-made’ objects discovered to date. The artifact was found in London, Texas, and was embedded in a rock formation that dates back nearly half a billion years.

Who on Earth could have crafted a modern-looking hammer more than 400 million years ago? Those who have analyzed the artifact argue that the wood in the handle is already carbonizing into coal, which offers another clue about the item’s extremely advanced age.

These enigmatic objects are believed to be even older than the London Hammer and are thought to have been crafted around 570 Million years ago.

Some authors have proposed that the ‘spheres’ contain a metallic alow on their surface, which is harder than steel, protecting the spheres from damage. Curiously, some of the spheres appear to have ‘precise grooves’ on their surface that some authors have identified as having been made with advanced tools. According to mainstream scholars, 570 million years ago, the only life on Earth was single-cell organisms.

The above artifacts raise numerous questions making us wonder how much of our planet’s history do we really know about?

What if there truly are missing links in our history? And what if history as we know it is incomplete and filled with gaps that mainstream scholars have tried covering up?

It is either that or the above artifacts are not what they seem.