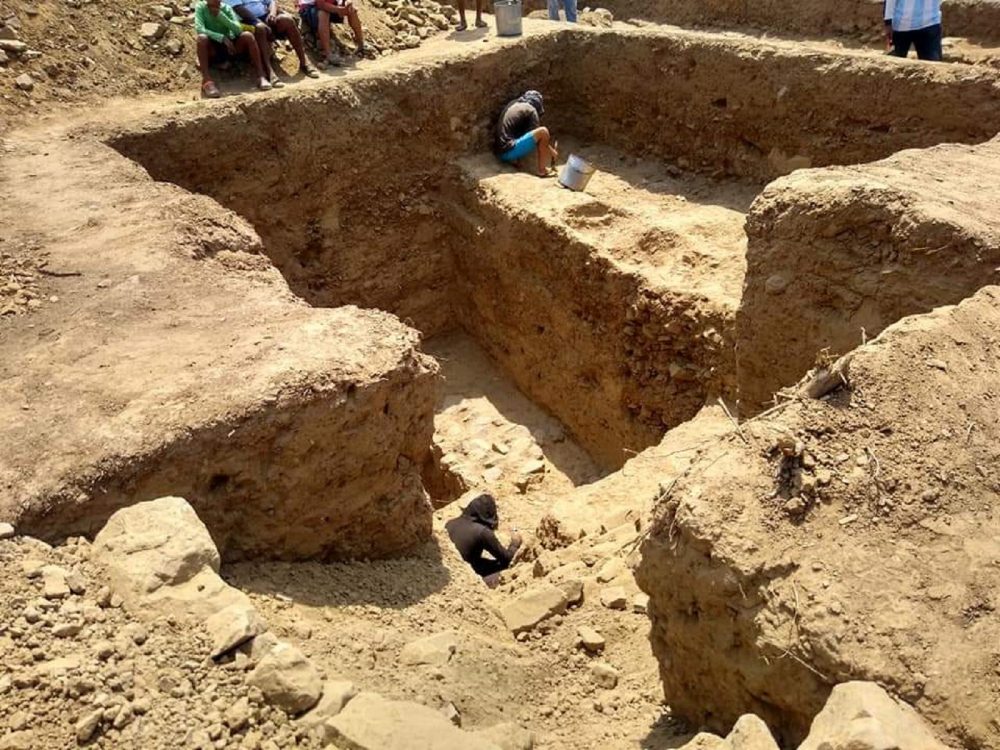 The discovery of the temple is unique as it is the only megalithic structure in the region.

Archeological excavation has revealed the remnants of an ancient megalithic temple in Peru, believed to have been constructed some 3,000 years ago. The temple is thought to have been dedicated to the worship of water. Experts have concluded this based on altars at the site, their shape and how they were positioned.

The ancient megalithic remnants were discovered at the archaeological complex Huaca El Toro, in the district of Oyotún, in Peru’s Lambayeque region.

The director of the Royal Tombs of Sipán Museum, Walter Alva, reported that this temple is located near the junction of two rivers that were sacred places in ancient times: the Nanchoc and Udima rivers.

It is precisely there where an ancient culture chose to construct a massive temple.

Although temples are not a rarity in Peru, this is the only megalithic structure that has been discovered so far in Peru’s Lambayeque region.

To the surprise of archaeologists, excavations revealed that the ancient temple had been constructed entirely of supermassive stones. The facade, as well as the side wall s of the temple, were all built using massive granite blocks.

Some of the megalithic stones bear messages on their surfaces. The symbols suggest that the massive granite blocks were hauled from sacred places.

The temple was used as a center for the worship of water. In front of the megalithic construction are altars representing the cult of water. Water is thought to have been considered divine at the time.

Based on archeological evidence the researchers concluded that from around 1,500 BC to around 292 AD, as many as three construction phases took place.

It was in the third construction phase that its builders opted for the use of megalithic stones.

The temple features a circular column where archeologists discovered evidence of sedimentation of rains and rituals.

The temple faces the mountain and experts argue the structure was used strictly for ceremonial practices. They discovered signs of burning rock at the site. The ancients may as well have used the site to perform rituals linked to fertility.

The discovery also features a tomb from the Final Formative period during which the temple is thought to have lost importance. The archaeologists also uncovered around 20 tombs that belonged to the Chimu-Inca culture, indicating the tombs were probably reused in later times.

All of the tombs feature pottery fragments as well as metal objects that were placed as offerings next to the tombs.

Archeologists explained that the site is regarded as the central water cult temple for the entire Zaña Valley.

Around 300 BC when the Chavin culture lost power, the temple lost its importance which coincides with the appearance of smaller theocratic societies, farmers and warriors.