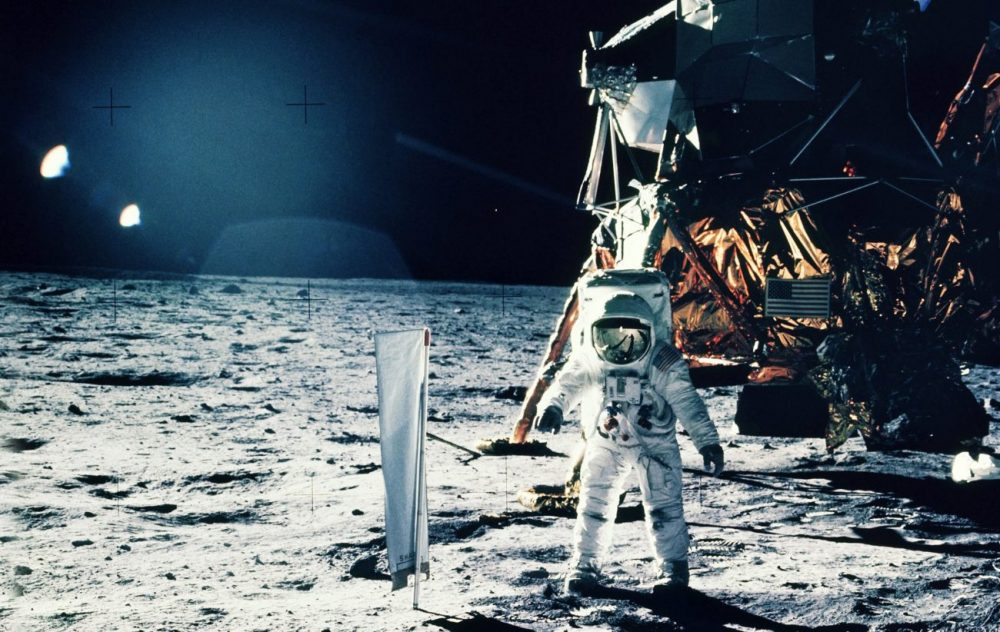 Russians seem to be convinced the US never landed on the moon.

The Moon landing is perhaps the greatest and most well-known conspiracy theory out there.

Despite the fact that there is more than enough evidence to verify the American Moon landing, a surprising number of people around the world believes that NASA faked the Apollo Moon missions in the 1960s and ’70s.

Missions like NASA’s Lunar Reconnaissance Orbiter have taken images of the Apollo landing sites while orbiting ~30 miles above the rugged lunar terrain. These photographs make it much harder to remain a doubter as they clearly show the landers, buggies, equipment, and footprints left behind by the astronauts.

Nonetheless, some people refuse to believe. They cite ‘clues’ like the “American flag waving” in space, despite the plausible explanation that test-firing thrusters near the flag caused it to wave, or that there was a spring inside the deployment boom which would continue to shake the flag in an airless vacuum, making it “appear” to be waving.

Now, it has been revealed that Many Russians, in fact, 76% of Russians, believe that the American Government participated in a massive coverup and that the moon landing is a complex hoax. They argue that the Moon landings never took place and that everything was staged somewhere in a studio in Hollywood.

As explained by RT, a survey conducted by the All-Russian Public Opinion Research Center has shown that 57% of Russians do not believe that astronaut Neil Armstrong in 1969 became the first person in the world to land on the surface of the moon.

More than half of Russians (57%) claim that there the moon landings never took place and that us Government falsified documentary materials of the expedition to the moon.

Judging by opinion polls, 65 percent of people who believe that the 1969 Moon landing never happened have only a secondary school education.

Only 24% of the people surveyed believe the moon landing took place.

19% of survey participants found it difficult to answer the question.

Around two thousand people over 18 years old participated in the study conducted in May of 2018. RT also reported that almost half of the Russian population believes in the existence of alien life.

“Staging a hoax like that would have perhaps been just as difficult as carrying out the real mission,” another cosmonaut and space shuttle designer, Konstantin Feoktistov, concluded in his book, The Trajectory of Life.

Interestingly, a 2016 poll in the UK showed that some 52 percent of Brits believed the landings were a conspiracy.