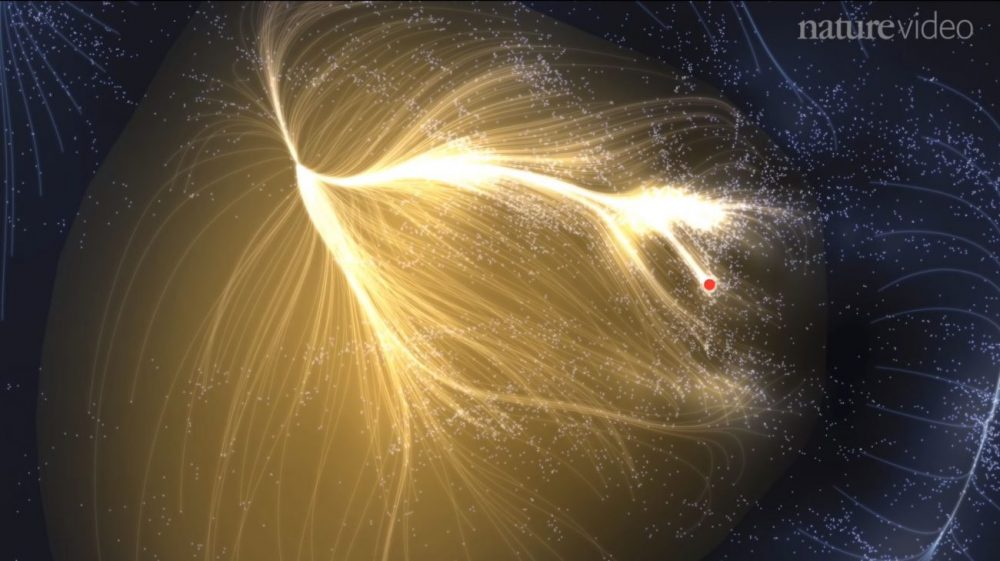 Scientists map 8,000 Galaxies located near the Milky Way and have made a truly fascinating discovery.

Have you ever wondered where in the universe we are located? I’ve tried imagining our solar system while looking at a cosmic chart in my mind, but I cannot seem to figure out what our place in the universe would look like.

Imagine if we had a cosmic version of Google Earth. You’d start by seeing your position on Earth, and you could then scroll out to see the entire country and the planet eventually.

But then, instead of stopping there, you could further zoom out and see all the planets in the solar system. You could eventually zoom as far out as seeing our cosmic neighborhood, the Galaxy, and all that follows as you continue zooming out.

While that kind of software still does not exist, and we have a hard time trying to imagine where we are in the universe, astronomers have made incredible progress by mapping space as much as technology and knowledge allow them.

But this figure could exponentially increase since we’ve only managed to take a peek at a small part of the cosmos.

Our Galaxy, the Milky Way, contains at least 400 Billion stars, the number of planets that exist orbiting said stars is a number too large to fathom.

In other words, the Milky Way Galaxy is a freakishly large place, and mapping it will take much better technology and more research.

But scientists have not been sitting around doing anything at all.

They’ve already begun mapping the physical plane of the Milky Way in the universe. After gathering data of more than 8,000 galaxies within the Milky Way’s vicinity, they’ve come up with a much better understanding of our physical, cosmic address.

Astronomers mapped the movement and position of each Galaxy in space. They found that our Milky Way galaxy is actually part of a humongous system that holds together thousands of other galaxies in what is referred to as a supercluster of Galaxies.

The team used radio telescopes to map the motions of a large collection of local galaxies.

According to the latest data, the Laniakea Supercluster encompasses approximately 100,000 galaxies stretched out over 160 megaparsecs (520 million light-years).

It has the approximate mass of 1017 solar masses, or a hundred thousand times that of our Galaxy, which is almost the same as that of the Horologium Supercluster.

It consists of four subparts, which were known previously as separate superclusters:

The Virgo Supercluster, the part in which the Milky Way resides.

Astronomers have found that Laniakea is not gravitationally bound, and it will disperse rather than continue maintaining itself as an overdensity relative to surrounding areas.

Unlike its constituent clusters, astronomers argue that Laniakea is projected to be torn apart by dark energy.