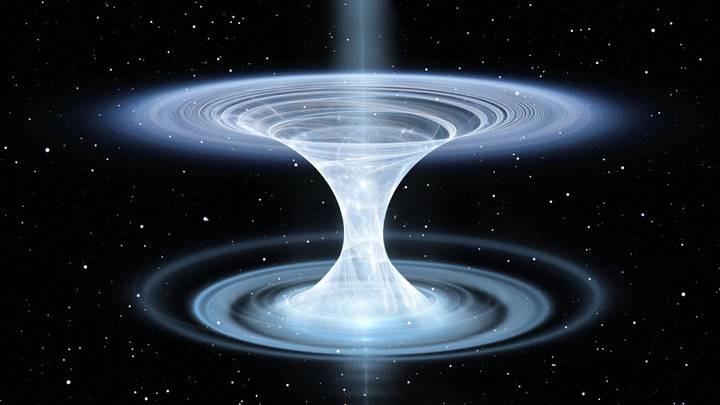 Essentially, it is time travel.

It turns out that black holes could be a sort of tool for time travel.

Astronomers have suggested that space-time curves are found near the center of a black hole, but these do not break and instead continue in a region in the future with a white hole structure.

This idea proves that Black Holes are definitely among the strangest objects in the universe.

According to Einstein‘s General Theory of Relativity, everything that enters a black hole will continue to fall toward its center, attracted by an increasingly stronger gravity, until it compresses into a single point of such density that the very space-time fabric would break.

That point, called a singularity, is where the laws of known physics would not affect. The very time would stop, and reality as we know it would completely vanish.

But some astronomers don’t seem to agree.

Their work could forever change what we thought we knew about black holes.

Especially regarding the true nature of their centers, which according to these researchers, “we could have greatly misunderstood.”

They suggest how black holes transition into white holes.

The main problem is the singularity. The simple idea that there may be those points that, despite having an infinite density, do not occupy any space is considered an aberration, something that can not exist in nature.

Until now, and under the umbrella of “quantum gravity” (which essentially means gravity at the smallest scales), numerous researchers have formulated various theoretical proposals, developing utterly new mathematics that can describe how gravity works in the microcosm of subatomic particles.

Astronomers point towards the so-called “loop quantum gravity,” which, among other things, predicts that space-time can be quantified so that there is a minimum unit beyond which space-time cannot be further subdivided. 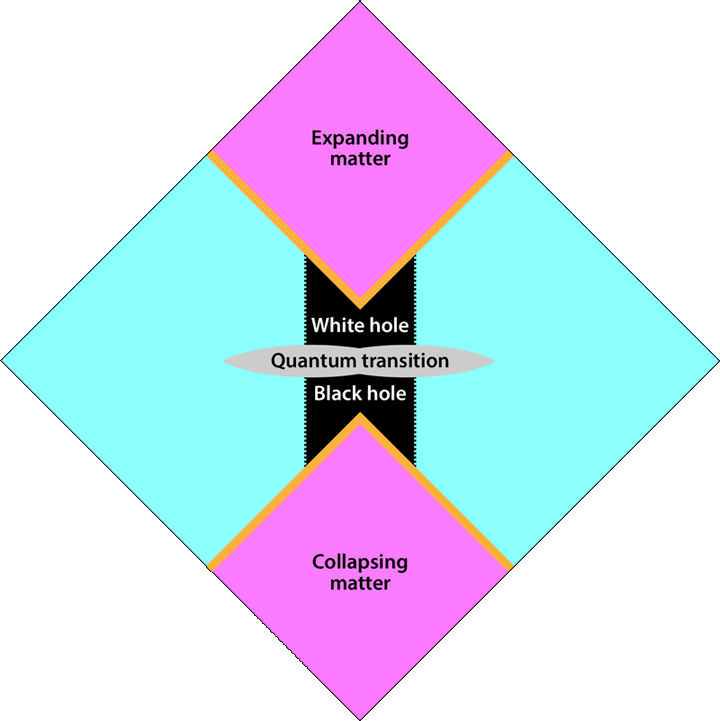 By applying loop quantum gravity to black holes’ central points, the researchers claim that the result was not a singularity but something very different.

But, if it’s not a singularity, what else could it be?

New calculations predict that space-time curves very strongly near the center of a black hole.

However, it does not break but continues in a region in the future that has the structure of a white hole.

A white hole is like a black hole, but the other way around. That is, instead of attracting matter to itself, it “shoots” it outwards, into space.

Experts say that in the presence of powerful gravitational fields, time slows down.

And black holes contain what are thought to be the strongest gravitational fields in the universe.

Because of this, a possible interpretation of this new work is that matter falls into a black hole and then “bounces,” firing the mass through the cosmos.

Because time is prolonged near the center of a black hole, seen from outside, that process would last a huge amount of time.

If researchers are right, there are black holes in the very distant future; the matter will explode, scattering it throughout the cosmos through white holes.

The idea is fresh and very suggestive, although it will be necessary to test it experimentally before being considered valid.

And it turns out there are several ways to do it.

For example, scientists worldwide have been detecting a series of enormously energetic phenomena that refuse to be explained for a long time.

These high-energy cosmic rays collide against Earth’s atmosphere from time to time. The so-called FRBs (fast radio bursts) occurs when a massive amount of radio energy is detected in a concise period of time.

According to the authors of the new papers, both phenomena could be, in principle, the signature of a black hole transitioning to a white hole.