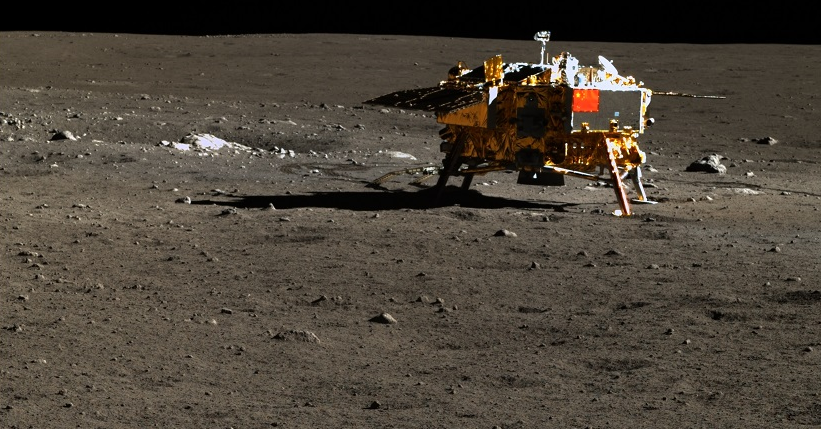 If you have ever wanted to observe the surface of Earth's moon in incredible detail, here is your chance, thanks to the Chinese Space Agency, which has successfully managed to land on the moon's surface.

China has successfully managed to land a space probe on the lunar surface. Thanks to the incredible high-definition images snapped during the mission; you can now explore the surface of Earth’s natural satellite in stunning detail.

On the Moon’s surface, China’s Chang’e 3 lander –one of China’s most advanced landers– came across a previously unknown type of moon rock.

Along the way, it snapped thousands of photographs.

The Chang’e 3 lander touched down on the Moon’s surface more than 5 years ago, but the images weren’t published until 2015.

The stunning high-definition images weren’t picked up by western media after their release. In fact, the images would not have made it to the rest of the world if it wasn’t thanks to the work of Emily Lakdawalla the Senior Editor and Planetary Evangelist for The Planetary Society, who literally spent weeks searching through the massive image archive–which has over 45 gigabytes of data—and presenting it all in an easily downloadable manner for the entire world to see.

“When it comes to data sharing from China, the situation is pretty good,” says Lakdawalla, who notes that the images’ formats mirror those used by NASA and the European Space Agency. “It would probably be much easier if I could read the language.”