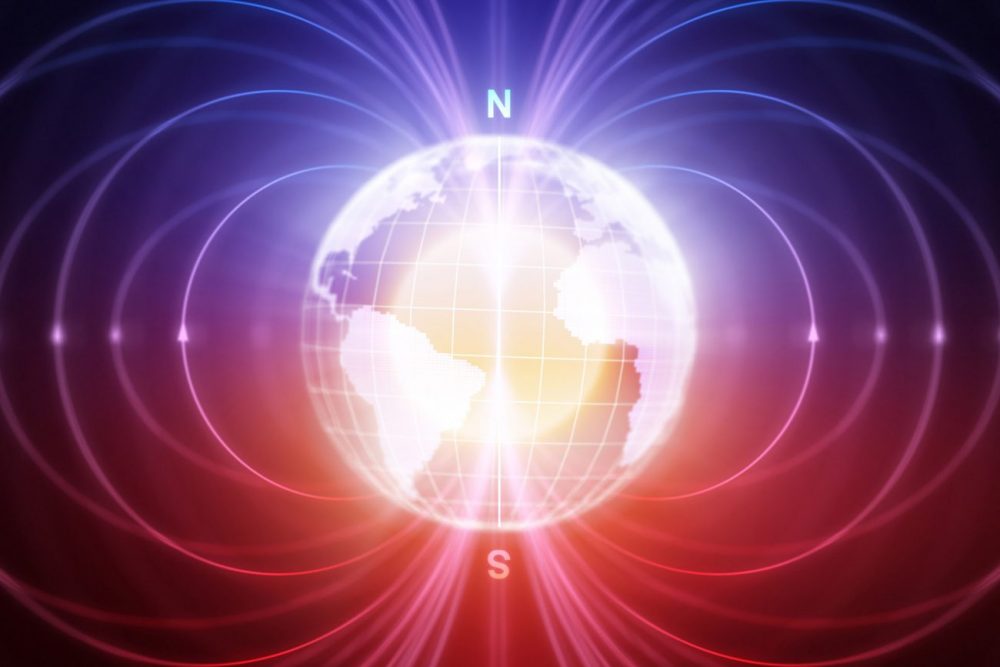 The release of the World Magnetic Model has been postponed to 30 January due to the ongoing US government shutdown.

Something strange is going on at the top of the world. Earth’s north magnetic pole has been skittering away from Canada and towards Siberia, driven by liquid iron sloshing within the planet’s core. The magnetic pole is moving so quickly that it has forced the world’s geomagnetism experts into a rare move.

On 15 Januaryexperts updated the World Magnetic Model, which describes the planet’s magnetic field and underlies all modern navigation, from the systems that steer ships at sea to Google Maps on smartphones.

The most recent version of the model came out in 2015 and was supposed to last until 2020 — but the magnetic field is changing so rapidly that researchers have to fix the model now. “The error is increasing all the time,” says Arnaud Chulliat, a geomagnetist at the University of Colorado Boulder and the National Oceanic and Atmospheric Administration’s (NOAA’s) National Centers for Environmental Information.

The problem lies partly with the moving pole and partly with other shifts deep within the planet. Liquid churning in Earth’s core generates most of the magnetic field, which varies over time as the deep flows change. In 2016, for instance, part of the magnetic field temporarily accelerated deep under northern South America and the eastern Pacific Ocean. Satellites such as the European Space Agency’s Swarm mission tracked the shift.

By early 2018, the World Magnetic Model was in trouble. Researchers from NOAA and the British Geological Survey in Edinburgh had been doing their annual check of how well the model was capturing all the variations in Earth’s magnetic field. They realized that it was so inaccurate that it was about to exceed the acceptable limit for navigational errors.

“That was an interesting situation we found ourselves in,” says Chulliat. “What’s happening?” The answer is twofold, he reported last month at a meeting of the American Geophysical Union in Washington DC.

First, that 2016 geomagnetic pulse beneath South America came at the worst possible time, just after the 2015 update to the World Magnetic Model. This meant that the magnetic field had lurched just after the latest update, in ways that planners had not anticipated.

Second, the motion of the north magnetic pole made the problem worse. The pole wanders in unpredictable ways that have fascinated explorers and scientists since James Clark Ross first measured it in 1831 in the Canadian Arctic. In the mid-1990s it picked up speed, from around 15 kilometers per year to around 55 kilometers per year.

By 2001, it had entered the Arctic Ocean — where, in 2007, a team including Chulliat landed an airplane on the sea ice in an attempt to locate the pole.

In 2018, the pole crossed the International Date Line into the Eastern Hemisphere. It is currently making a beeline for Siberia.

The geometry of Earth’s magnetic field magnifies the model’s errors in places where the field is changing quickly, such as the North Pole. “The fact that the pole is going fast makes this region more prone to large errors,” says Chulliat.

To fix the World Magnetic Model, he and his colleagues fed it three years of recent data, which included the 2016 geomagnetic pulse. The new version should remain accurate, he says, until the next regularly scheduled update in 2020.

In the meantime, scientists are working to understand why the magnetic field is changing so dramatically. Geomagnetic pulses, like the one that happened in 2016, might be traced back to ‘hydromagnetic’ waves arising from deep in the core1. And the fast motion of the north magnetic pole could be linked to a high-speed jet of liquid iron beneath Canada2.

The jet seems to be smearing out and weakening the magnetic field beneath Canada, Phil Livermore, a geomagnetist at the University of Leeds, UK, said at the American Geophysical Union meeting. And that means that Canada is essentially losing a magnetic tug-of-war with Siberia.

“The location of the north magnetic pole appears to be governed by two large-scale patches of the magnetic field, one beneath Canada and one beneath Siberia,” Livermore says. “The Siberian patch is winning the competition.”

Which means that the world’s geomagnetists will have a lot to keep them busy for the foreseeable future.