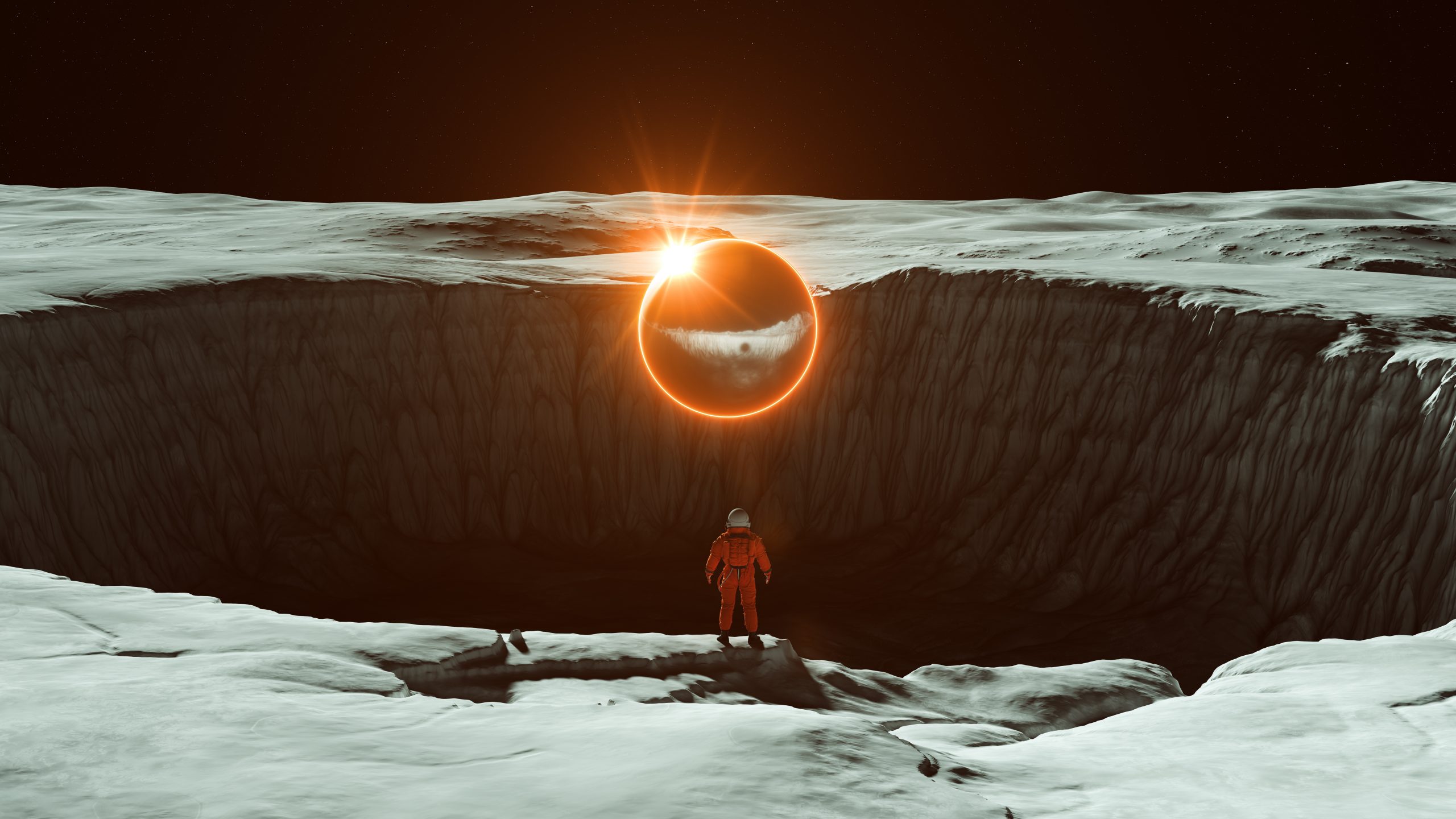 The Penn State graduate student team is seeking out communications signals that could harness the sun if the transmissions pass through our solar system.

Described in the Astronomical Journal and available on arXiv, the technique was explored as part of a Penn State graduate course on Extraterrestrial Intelligence (SETI).

According to Einstein’s Theory of General Relativity, the gravitational pull of massive objects like stars and black holes bends light as it passes through them. Gravitational lensing occurs because the warped space around the object focuses and magnifies light, like a telescope lens.

“Astronomers have considered taking advantage of gravitational lensing as a way to essentially build a giant telescope to look at planets around other stars,” said Jason Wright, professor of astronomy and astrophysics at Penn State who taught the course and is director of the Penn State Extraterrestrial Intelligence Center.

“It has also been considered as a way that humans might communicate with our own probes if we ever sent them to another star. If an extraterrestrial technological species were to use our sun as a lens for interstellar communication efforts, we should be able to detect those communications if we look in the right place.”

In order to communicate across interstellar distances, researchers will likely need a network of probes or relays, similar to cellular telephone towers in space, in order to provide fidelity and power. The study examined one of our nearest stars to see if that would be the closest node to a communication network.

“Humans use networks to communicate around the world all the time,” said Nick Tusay, a graduate student on the course who helped lead the project.

“When you use a cell phone, electromagnetic waves are transmitted to the nearest cell tower, which connects to the next tower and so on. Television, radio, and Internet signals also take advantage of network communication systems, which have many advantages over point-to-point communications. On an interstellar scale, it makes sense to use stars as lenses, and we can infer where probes would need to be placed to use them.”

To figure out whether they were onto something, scientists observed more than 550 times the Earth-Sun distance opposite the sky from the nearest solar system to our sun, Alpha Centauri. This, according to scientists, might serve as the nearest communication node in an interstellar network, and the only thing that is needed is a probe in our solar system that would enable communications from the alien system to use our star as a kind of lense.

This enabled the researchers to potentially detect radio transmissions that might be signals sent directly to Earth to communicate with us, signals being sent to other probes exploring the solar system, or perhaps even signals being sent through the gravitational lens back to Alpha Centauri.

Through this technique, researchers may be able to detect radio transmissions that may be sent directly to Earth to communicate with us, or to other probes exploring the solar system, and even interstellar messages sent through the gravitational lens, to a potential intelligent extraterrestrial civilization inhabiting the Alpha Centauri system.

Additionally, by investigating these particular wavelengths, the researchers were able to collect a more substantial amount of data from the sky faster. While visiting the Green Bank Telescope in West Virginia, student researchers collected data overnight.

Researchers collected and analyzed data in collaboration with Breakthrough Listen, which seeks evidence of intelligent life beyond Earth.

“Our search was limited to one night, so anything that wasn’t broadcasting while we were observing was not going to get picked up,” explained Tusay.

“Although our limited search could miss existing probes if they weren’t constantly broadcasting at these frequencies, this was a good test to see if this kind of search is possible.”

According to the researchers, they suggest expanding their search to include other nearby stars, or searching at different frequencies, could still yield results.

Currently, one student in the class is looking through archived data to see if the previous Breakthrough Listen observations have indicated additional areas that might be ideal for gravitational lensing probes.