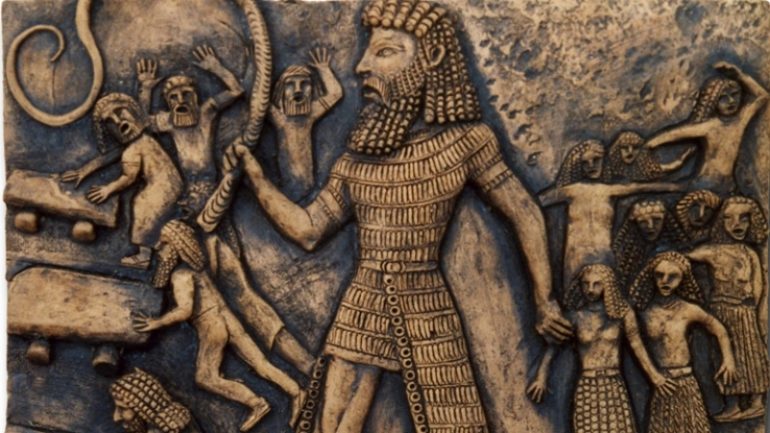 Not all superheroes wear tights and capes.

Of course, the idea of a superman, without fancy tights and cape, is an ancestral tendency of humanity and not a modern exclusivity.

Throughout history, the most incredible narrations mention extremely gifted individuals who fight against evil and pursue the wellbeing and safety of the human race.

In this article, we take a look at five ‘superheroes’ from ancient times that you probably never heard of before.

William Tell was an incredible marksman and possessed amazing strength. He became a legend of the crossbow during the 15th century, as a legend that he was. Thanks to his amazing accomplishments, he can rightfully be considered a true ancient superhero.

According to the legend, Tell was an expert marksman with the crossbow who assassinated Albrecht Gessler, a tyrannical reeve of the Habsburg dukes positioned in Altdorf, in the canton of Uri.

Gilgamesh is perhaps one of the earliest heroes, or better said, superheroes on the planet. He is the central figure of Gilgamesh’s epic, and scholars agree he probably lived between 2800 and 2500 BC.

Legends tell that Gilgamesh was blessed by the gods with strength, courage, and beauty and is described as the strongest and greatest king who ever existed. Gilgamesh and Enkidu, his friend, defeat Humbaba (the East Semitic name for Huwawa) and the Bull of Heaven.

In the third century, this knight in shining armor, whose origin merges with that of a Christian Roman soldier martyred, did not use Superman-like powers to slay the dragon. However, he was resurrected when he was dismembered by order of Diocletian.

Saint Francis of Assisi had superpowers that allowed him to levitate above the ground and talk to animals. According to Christian tradition, in 1224, he received the stigmata during the apparition of Seraphic angels in religious ecstasy, which would make him the first person in Christian tradition to bear the wounds of Christ’s Passion.
Saint Francis of Assisi stands as one of the most powerful ancestral superheroes of all time.

He was a missionary, and the absence of snakes in Ireland gave rise to the legend that they had all been banished by Saint Patrick, who chased them into the sea after they attacked him during a 40-day fast he was undertaking on top of a hill.