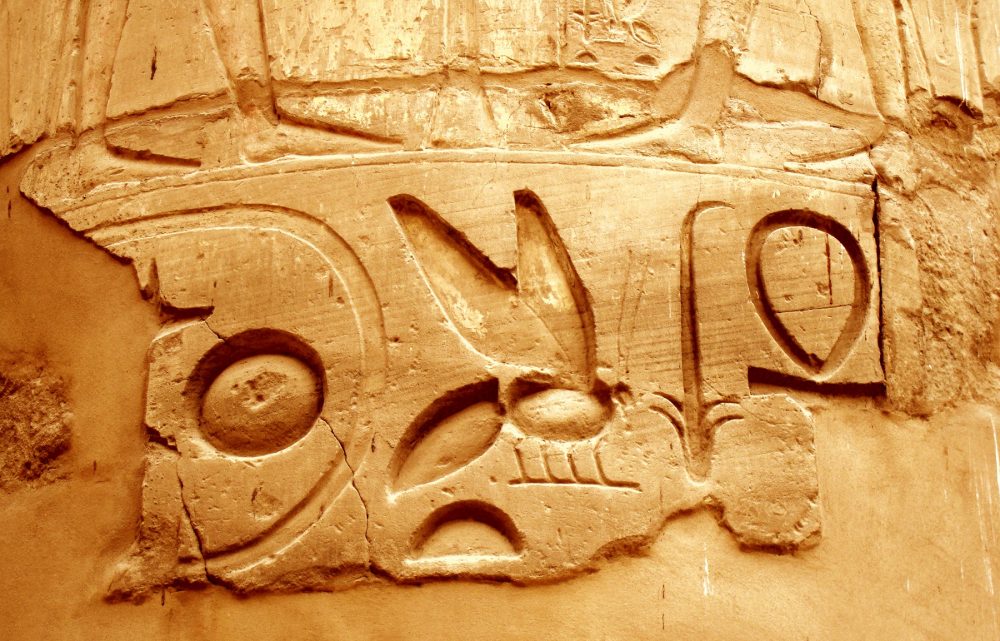 Thousands of years before the pyramids, great settlements appeared in Egypt. These societies would eventually build up the foundations for the construction of Egypt's most impressive pyramids.

Long before the most impressive pyramids were erected in Egypt, a powerful, prosperous civilization developed. It is usually acknowledged that the oldest Egyptian pyramid was built during the Third Dynasty Reign of King Djoser, sometime around 2,700 BC, which means that the oldest Egyptian pyramid, the Step Pyramid of Saqqara, is around 4,700 years old.

The completion of the pyramid and its temples, as well as a massive megalithic wall, attests that already around 2,700 BC, the Pharaoh and royal government of ancient Egypt had control of not only human but material resources as well.

This means that the entire country worked nearly flawlessly and supported a massive construction project of unseen proportions, both socially and economically. However, building a pyramid complex that was 2.5 times the size of an Old Kingdom Settlement was surely no easy task.

But none of this would have been possible if hundreds and thousands of years earlier, massive settlements had not sprawled to life.

When speaking about the oldest cities in the world, it is difficult to come to an agreement since many of the oldest cities on Earth were built during a time when history was not recorded, and many of these ancient settlements predate technologies such as the wheel, writing and even perhaps agriculture.

Nonetheless, the ancients left us breadcrumbs along the way. Many cities of ancient Egypt remain hidden to sight, although writers well attest their existence in antiquity. One such example is Thinis.

Faiyum: one of the oldest regions in Egypt.

One of the oldest cities in Egypt developed in a region called Faiyum, a large oasis known for its fertility and abundance of plant and animal life. It is located around 100 kilometers from present-day Cairo.

The oasis came into existence when a branch of the Nile river silted up, diverting water to it. Eventually, the basin filled with abundant water, which attracted wildlife and encouraged plantlife to grow.

Archaeological excavations in the region have revealed that in addition to wildlife, the oasis in the middle of the arid desert attracted human populations as well, and experts have traced human occupation of the site to around 7,200 BC.

This means that already 9,200 years ago, people called Faiyum their home. The first traces of agricultural communities at Faiyum can be traced back to around 5,200 BC.

The region surrounding the oasis would eventually become home to several settlements and cities, of which one of the most famous is Shedet, better known as Crocodilopolis.

Human habitation in the Sahara can be traced back to a period dating back around 8,000 BC. These people would eventually make their way towards the Nile River Valley and help kickstart one of the most amazing ancient civilizations, the ancient Egyptians.

Egyptologists David Silverman tells us that “traces of the earliest “undisputed” farming community in Egypt have been excavated at Merimde Beni Salama, an archeological site located on the western parts of the Delta, dating back to a period around 4,750 BC.”

However, although this date was acknowledged by experts as the oldest ever found, in 2007, researchers discovered the ruins of an even larger and older farming community at Faiyum, dating back to 5,200 BC.

Pottery fragments were also discovered, dating back to around 5,500 BC. It should be noted that human habitation dates back to 7,200 BC. This means that the region surrounding Faiyum and its oasis is one of the oldest inhabited in Egypt.

The Capital of the first and second dynasties

One of the most important cities in ancient Egyptian history is Thinis, an ancient city that served as the Capital for the First and Second Dynasty of Egypt.

The city remains undiscovered to date but is well attested by writers in antiquity, including historian Manetho, who wrote that Thinis was the center of the Thinite Confederacy, a trial conversation whose ruler Menes (perhaps Narmer?) was the king who managed to unite Egypt, becoming the first Pharaoh finally. Egyptologists believe that the remnants of this ancient city are later anywhere near the ancient city of Abydos and modern Girga.

Although this significant ancient city has still not been found, evidence of population centers in the Abydos region tells us that habitation and settlements existed as early as 4,000 BC.

In addition to its importance as the Capital of Egypt’s first dynasties, Thinis is cited as the earliest royal burial site in Egypt, dating back around 6,000 years.

Thinis was of Great importance because in ancient Egyptian cosmology, as seen in the Egyptian Book of the Dead, the ancient city played a crucial role as the mythical place in heaven.

Nekhen, and the origins of urbanism

As revealed by Sten Snape in his Book “The Cities of Ancient Egypt,” the first cities of Egypt originated from a background of increasing state formation during the so-called Late Predynastic Period (circa 3500—300BC). Some of the best examples are found in Upper (Southern) Egypt, and these also happen to be some of the best-known cities of that period, although Lower Egypt (North) also had various important cities.

Archeologically, the ancient settlements found at Naqada and Hierakonolis are the best preserved from this period. Naqada, located around 30 kilometers from Thebes, was one of the most important regional centers during ancient Egypt’s predynastic periods.

The cemeteries of Naqada have helped experts such as Sir Flinders Petrie understand what is considered one of the first systematic studies of the material culture of the predynastic, which made it possible for him to identify several distinct phases which were made after the site: Naqada I—III.

The city of Nekhen was considered the largest religious and political center in Upper (South) Egypt in prehistoric Egypt and the Early Dynastic Period. The oldest known decorated tomb is believed to date back to around 3,500 BC. The ancient city is also home to one of the most ancient Egyptian temples built in honor of Horus.

The ancient city was the center of the cult of the Hawk deity, Horus of Nekhen. The first settlement at Nekhen can be traced back to around 5,000 BC. At its height, between 3,500 and 3,300 BC, as many as 10,000 inhabitants lived in the city.

Experts also view ancient Nekhen as the place of the oldest known zoo. Archeological excavations at the site in 2009 have revealed the remains of various animals dating back to around 3,500 BC, including elephants, baboons, African wildcats, and hippopotami, among other animals.