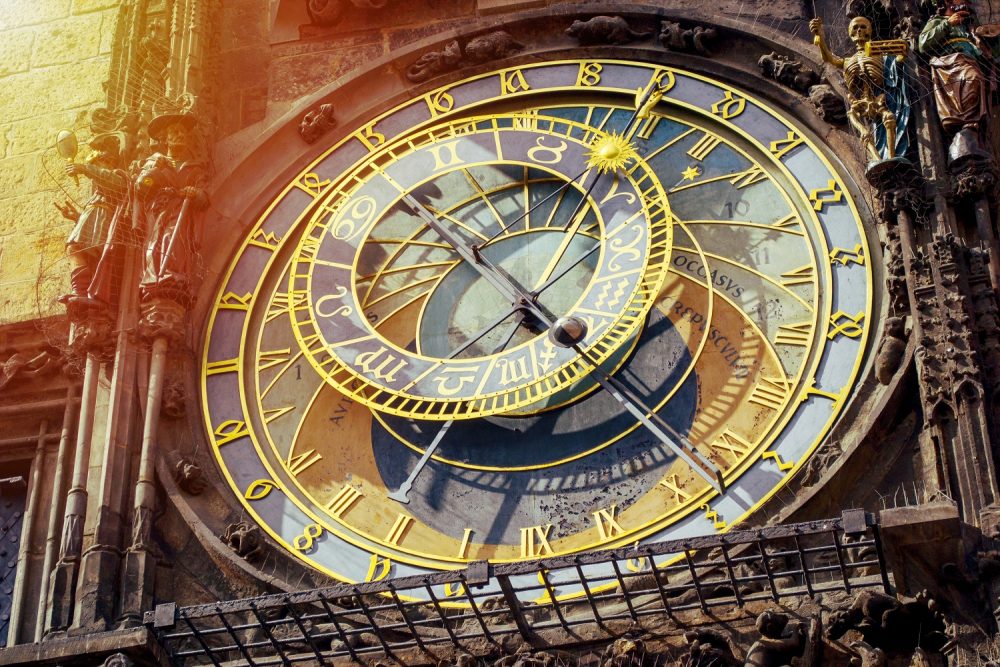 It's more than 600 years old, and it is still operating. Many experts agree that it's also a sort of primitive planetarium, displaying the current state of the universe.

Mounted on the wall of Old Town City in Prague, in the Czech Republic is the oldest working, intact example of an astronomical clock. It is a masterpiece of medieval times.

The stunning astronomical dial, as well as the mechanical clock, were built in 1410. Eighty years later, in 1490, the Prague Orloj received its calendar dial, and the entire piece was intricately decorated with Gothic motifs.

The clock’s mechanism is composed of three main components: the astronomical dial which represents the position of the sky and the moon together with different cosmic details as well as statues of saints standing on either side of the clock; the clock is also adorned by ‘the Walk of the Apostles‘, and a calendar dial with medallions that represent the months.

In its totality, the clock is a wonder of art and astronomy.

The oldest parts of the astronomical clock date back to 1410, when clockmaker Mikuláš of Kadaň and Jan Šindel got together and started working on the project. The work was later complemented by a professor of mathematics and astronomy at Charles University.

The first recorded mention of the clock can be traced back to 9 October 1410, which makes it a 609-year-old functioning clock.

The dial and the cosmos

The astronomical dial of the Orloj is a form of mechanical astrolabe, a device used in medieval astronomy.

Many experts agree that the Orloj is a sort of primitive planetarium, displaying the current state of the universe.

The clock’s stationary background is another masterpiece worth mentioning.

It represents the Earth and the local view of the sky.

The background of the Orloj also features red and black areas that are meant to represent parts of the sky that are below the horizon.

The clock suffered extensive damage on in May of 1945, during the Prague uprising when the Nazis fired on the Old Town Square from various armored vehicles in an attempt to destroy the centers of the uprising.

Many buildings burned down and the wooden sculptures made by Josef Manes burned. However, after three painstaking years of restoration work, the machinery of the Orloj was repaired, and the wooden Apostle statues were restored by Vojtěch Sucharda.

It was believed in the past that the astronomical clock was constructed in 1490 by a clock master called Jan Růže, also known as Hanuš.

Legend has it that the clockmaker was blinded by the councilors of Prague so that he may never construct a clock like that of Prague. In turn, angry, he disabled the clock and no one was able to get it back working for a hundred years.

Eventually, in 1552, a man called Jan Taborský, a master clockmaker of Klokotská Hora, managed to repair it and make it work.