The use of radiocarbon and microarchaeology techniques has allowed a more accurate dating of the Wilson Arch, an arch of an ancient bridge that once linked Temple Mount of Jerusalem to the houses of Jerusalem’s upper city. According to a study published in the journal PLOS ONE by Johanna Regev of the Weizmann Institute of Science in Israel.

The Temple Mount, also known as the “Mount of the House [of God, i.e. the Temple in Jerusalem,” the Noble Sanctuary,” is a hill located in the Old City of Jerusalem that for thousands of years has been worshiped as a holy site in Judaism, Christianity, and Islam alike.

Radiocarbon dating has rarely been used in archaeological explorations of classical and postclassic times in the eastern Mediterranean (approximately from the 8th century BC to the 6th century AD).

This is due to the imprecision of the technique, as well as the historical dependence on the use of material culture findings such as coins or texts to estimate the dates of specific monuments. In this study, Regev and his colleagues focused on identifying the specific construction dates of the Wilson Arch, an arch of The Great Road, an ancient bridge linking the Temple Mount of Jerusalem with the houses of the upper city of Jerusalem, excavated in 2015-2019 as part of a tourism development project.

The Wilson Arch has been the subject of much academic debate, with suggested construction dates since the time of Herod the Great, the Roman colonization, or even the early Islamic period in Jerusalem, which lasted for around 700 years.

To better understand the specific moment of the Wilson Arch (and the historical context in which it was built), Regev and his colleagues used an integrative approach in the field during their excavation, carrying out radiocarbon dating of 33 samples of construction materials. They also analyzed organic matter such as seeds or sticks present in the mortar and performed a stratigraphic and microarchaeological analysis to better understand the site.

The authors were able to find that the Wilson’s Arch was built between 20 BC and 20 CE, which coincides with either the reign of Herod the Great or directly after his death.

The researchers also discovered a second stage of construction: between 30 BC and 60 AD, when the bridge doubled in size during a period of direct Roman rule. There is evidence that the Romans expanded various constructions in Jerusalem, and they also built an aqueduct that supplied water to the Temple Mount.

The evidence obtained by the researchers hints that the second construction phase of the beige may have been completed during the rule of governor Pontius Pilate, who presided at the trial of Jesus and whose command would eventually lead to the crucifixion of Jesus.

Regev and colleagues note that their technique of using many samples for radiocarbon dating, along with stratigraphic analysis, could be widely applied in many other densely built ancient cities to adjust the construction dates of specific remains.

The authors explained: “The high-resolution radiocarbon chronology of the charred remains reshapes the history of Jerusalem, solving a long-standing debate over the entrance to its most sacred site: the Temple Mount.” 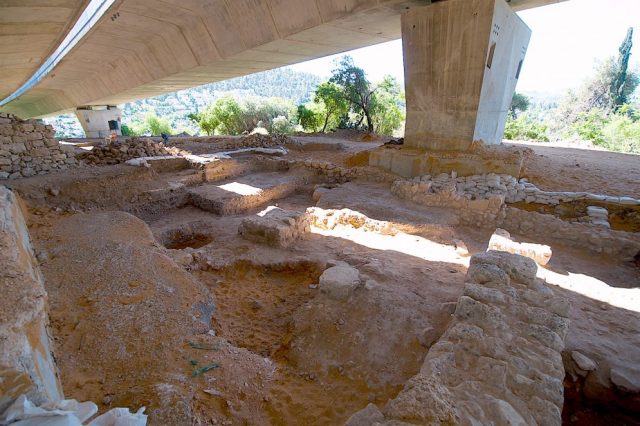