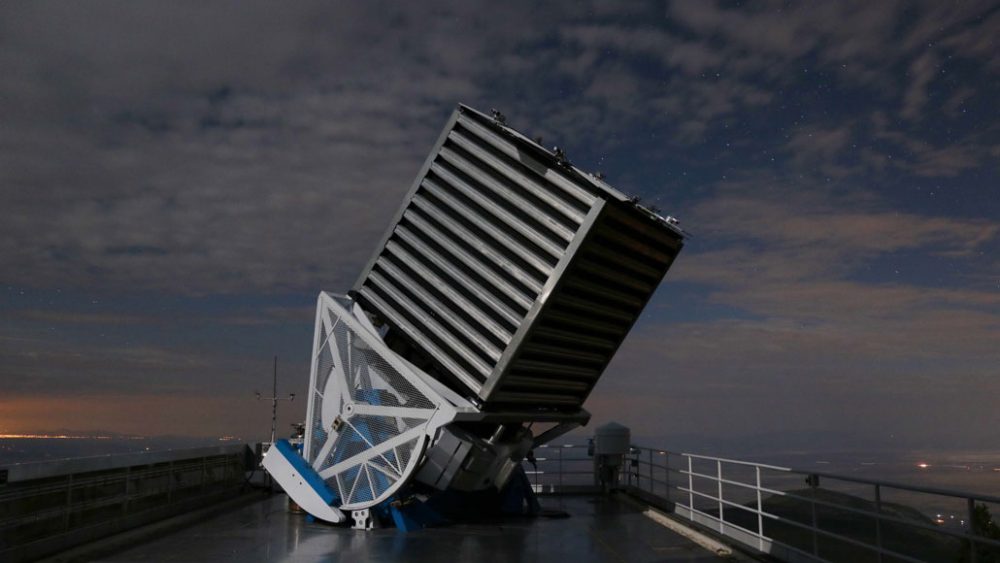 A "giant Arc" which consists of ancient galaxies.

Observations of thousands of galaxies made with the Sloan Digital Sky Survey telescope (pictured) have revealed a giant arc of galaxies, which refutes the theory of their uniform distribution in the Universe. However, the existence of the large-scale structure discovered by astronomers from the UK and the United States needs to be confirmed by other observations to be accepted.

Everything you need to know about the Giant Arc of Galaxies

During the virtual conference of the American Astronomical Society, scientists announced the discovery and study of a “Giant Arc,” which consists of ancient galaxies.

Alexia Lopez and her colleagues analyzed the light of about 40,000 distant quasars recorded during the SDSS survey. These are some of the brightest objects in the Universe and are believed to represent the active nuclei of distant galaxies containing supermassive black holes.

Quasars help explore the most ancient objects in the Universe. And scientists use their light as an “astronomical X-ray”: when passing through galaxies, its spectrum changes, helping to examine them.

Lopez also discovered such changes – the presence of magnesium ions in the halo opened a series of galaxies located at a distance of about 9.2 billion light-years.

Astronomers have called it the “Giant Arc”. This structure is not visible to the naked eye, but in the sky, it occupies a space about 20 times wider than the full moon – and this takes into account the considerable distance to the arc.

Its very existence raises the question of our ideas that, on a large scale, the Universe is homogeneous. It would be strange to think that many particles can collect in some part of it and few particles in the neighboring one.

However, this is what the distant Giant Arc of galaxies indicates. However, its existence remains unproven. More observations need to be made for its existence to be confirmed and accepted.

In this regard, Oxford astrophysicist Subir Sarkar noted that our brains sometimes go too far in our efforts to find new unique patterns and draw attention. He recalled how some time ago Stephen Hawking’s initials were discovered in random fluctuations of the microwave background of the Universe.

In each case, the study of the Giant arc of galaxies will now continue. Other mysterious large-scale structures have already been discovered in the Universe that does not comply with the understanding of modern cosmology. If this structure exists, it would raise new questions about the standard model, indicating that matter is distributed evenly in large volumes of space.