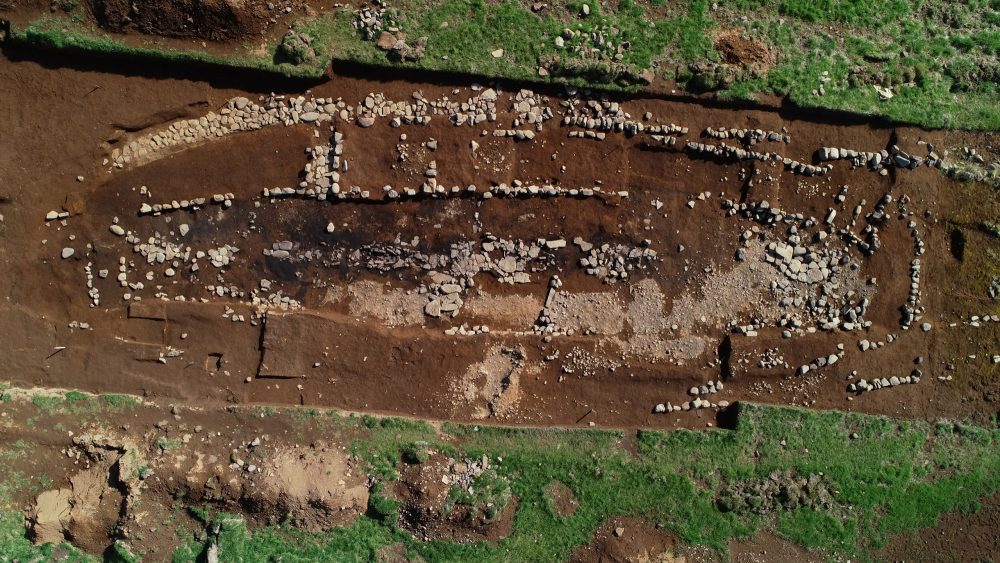 The structures date back several decades before the ancient Vikings supposedly settled on the Island.

A group of researchers believes it has discovered what is now considered the oldest known Viking settlement in Iceland, and it dates back several decades before the Ancient Vikings were supposed to have settled on the Island.

One of the most fascinating TV series that delves into the lives of the Vikings is Netflix’s Viking series—and it is based on the historical figure of Hrafna-Flóki Vilgerðarson. In it, the Vikings venture out to sea after hearing rumors of new land to the west, thinking that there they would settle with a group of Chosen colonists, finally reaching what is now Iceland.

Now archaeologists believe they have unearthed what could be the oldest of these settlements in Iceland.

The remains belong to a communal house that was likely built in the 800s, which is decades before what official history claims the ancient Vikings settled in the area.

“The building was hidden under another equal but more modern house full of treasures,” archaeologist Bjarni Einarsson, who led the excavations explained to LiveScience.

In the Viking Age, people lived in these types of houses, ranging from 5 to 7 meters wide to 20 and 70 meters long, depending on the wealth and social position of the owner.

In much of the Nordic region, communal houses were built around wooden frames on simple stone foundations. The walls were built with planks and logs or with straw and adobe.

Inside, the communal house was divided into rooms that could be shared by several families.

Two rows of poles ran the length of the longhouse as support for the roof joists.

These columns divided each interior room into three sections or long naves.

The columns supported the ceiling, and as a result, the walls carried little weight. In the center, stone bonfires were built for heating, where even farm animals could be protected from the cold.

In this case, both communal houses were found in Stöð, near the town and fjord of Stöðvarfjörður, in eastern Iceland.

The most modern structure dates from around AD 874 – the accepted date for the settlement of people in Iceland, which, according to the popular Icelandic saying, escaped from the Norwegian king Harald Fairhair.

According to the archaeologist, the residents would have obtained these goods thanks to the exchange of indigenous resources, especially skins and meat of whales and seals, which were extremely valuable throughout Scandinavia.

Tucked underneath the treasure-filled communal house was another, even older structure. Analysis of the remnants of the structure suggests that the latter was built in the 800s, long before there was a permanent settlement in Iceland, “explains Einarsson.

The researcher thinks that it could have been a station or camp settlement, occupied only during the summer and perhaps the fall, by workers from the area.

So far, parts of the oldest building studied by experts have shown that it was one of the largest communal houses ever found in Iceland.

“We know that the western part of the corridor was a blacksmith shop, the only one within one of these known constructions on the island,” Einarsson explained to LiveScience.

“The seasonal camp at Stöð was similar in scale and function to the Viking settlement discovered at L’Anse aux Meadows, a site located at the northern tip of the island of Newfoundland, Canada, dated to around AD 1000.”

“This was a Viking pattern for the islands of the Atlantic Ocean. First, we had the seasonal camps, and later the settlements came, “concludes Einarsson, who discovered the ruins of Stöð in 2007 and began excavations in 2015.

The project is funded and supported by the Icelandic Archaeological Foundation, the municipal government of the region, private companies, and locals.