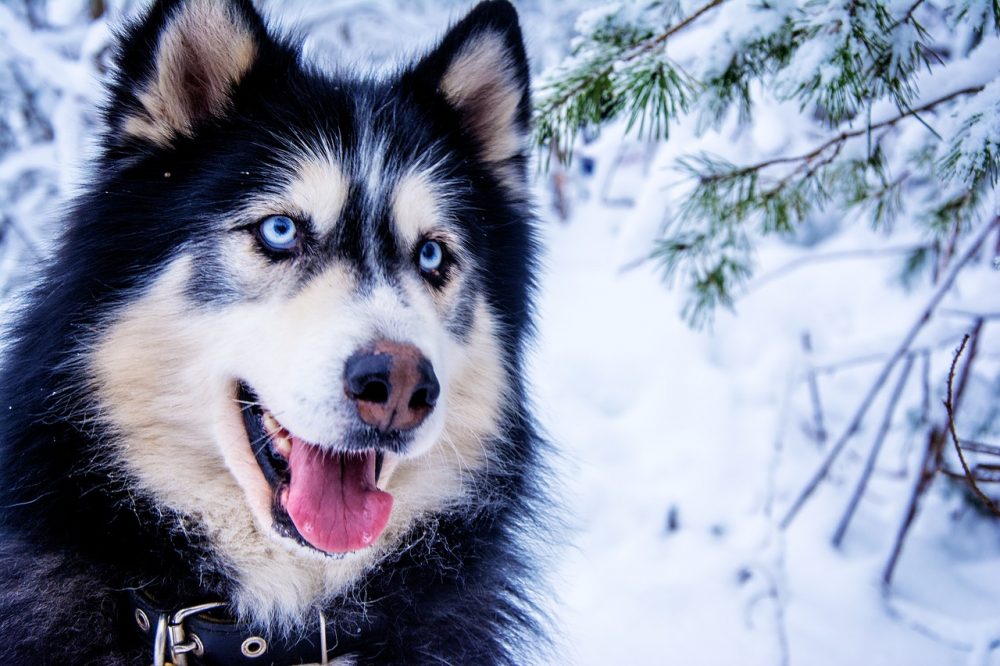 Scientists have finally revealed why Huskies have blue eyes.

According to scientists, DNA testing performed on more than 6,000 dogs has revealed that a duplication on canine chromosome 18 is strongly associated with Huskies and their beautiful blue eyes.

Experts say that while two genetic variants are known to underlie blue eye color in certain dogs when it comes down to Huskies it’s different as these do not explain the trait in dogs like Siberian Huskies.

The study published in the Journal PLOS Genetics was done by Adam Boyko and Aaron Sams of Embark Veterinary, Inc., a dog DNA startup company headquartered in Boston, MA, and Ithaca, NY, and research partner of the Cornell University College of Veterinary Medicine.

The paper represents what is considered the first consumer genomics study ever performed in a non-human model, and is the largest canine genome-wide association study to date.

In the study, scientists discovered that a 98.6-kilobase duplication on chromosome 18 near the ALX4 gene, which plays an important role in mammalian eye development, strongly associated with variation in blue eye color, primarily in Siberian Huskies but also in non-merle Australian Shepherds.

Aaron J. Sams adds: “Using genetic data from the pets of our customers, combined with eye colors reported by customers for those same animals, we have discovered a genetic duplication that is strongly associated with blue eye color.”

“This study demonstrates the power of the approach that Embark is taking towards improving canine health. In a single year, we collected enough data to conduct the largest canine study of its kind.”

“Embark is currently pursuing similar research projects in a range of morphological and health-related traits and we hope to continue to use our platform to move canine genetics and health forward in a very real way.”