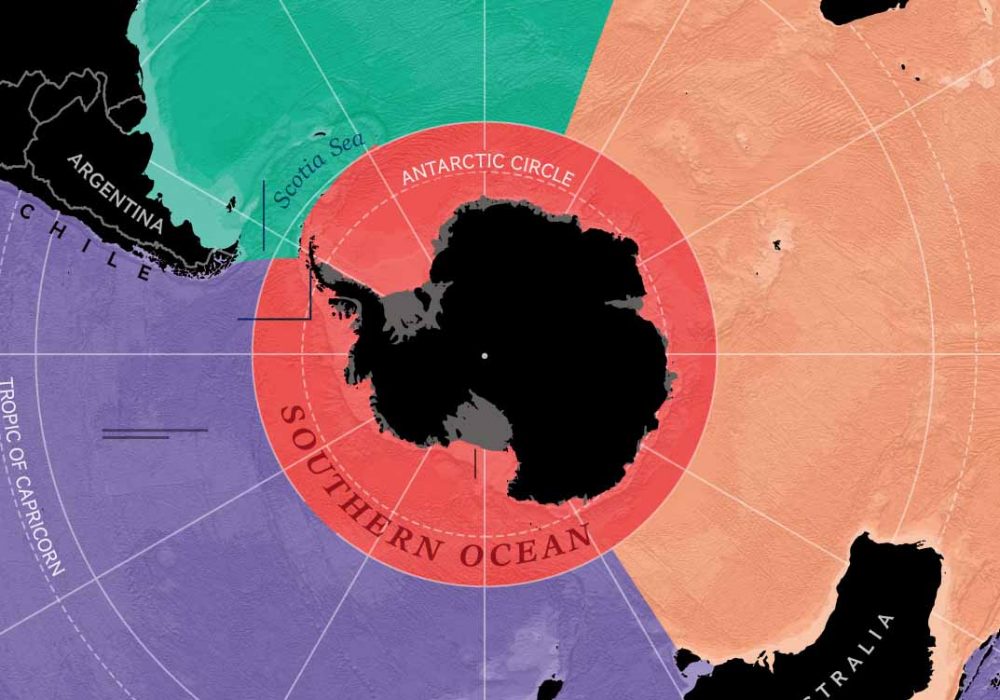 After decades of debates, the Southern Ocean was finally recognized as Earth's fifth ocean.

The National Geographic Society has recognized that there is a fifth ocean on Earth. As the magazine clarifies, we are talking about the Southern Ocean. Scientists have been discussing the issue of isolating this ocean for many years since it was recognized by many as a continuation of the Pacific, Atlantic, and Indian oceans. Experts have come to the conclusion that Antarctic waters have their own distinctive features, which makes it possible to designate them as a separate ocean.

Everything you should know about the Southern Ocean

1. The term Southern Ocean has existed since the 16th century and has been used by sailors and in international communications ever since. But why did it take so long for the fifth ocean to be officially recognized?

2. In 1937, the International Hydrographic Organization recognized the Southern Ocean, but in 1953 canceled this decision under pressure from the scientific community. Scientists have debated for years whether the waters around Antarctica have unique characteristics or are an extension of neighboring oceans.

3. The US Geographic Names Board has been using the name of a separate ocean since 1999, and in February 2021, the US National Oceanic and Atmospheric Administration officially recognized the Southern Ocean as separate from the others.

4. The term Southern Ocean now includes the waters that wash over Antarctica and extend from the continent’s coastline to latitude 60 ° S. The exceptions are the Drake Passage and the Sea of ​​Scotland in the South Atlantic Ocean.

5. While other oceans are defined by the continents surrounding them, the Southern Ocean is defined by the Antarctic Circumpolar Current, which originated about 34 million years ago when Antarctica separated from the other continents. This resulted in an unobstructed flow of water in the lowest parts of the planet.

6. The current itself is impressive as it passes from the surface to the bottom of the ocean. It carries more water than any other current. In turn, this means that it has a significant influence over the climate not only in this region but globally.

7. At the same time, scientists are finding out how human activities, provoking climate change, affect the ocean. It is already known that the water in the ocean passing through the Antarctic Circumpolar Current is heating up, but it is not yet very clear to what extent all this is critical for Antarctica.

8. The ACC is responsible for the survival of thousands of species in the region as it helps keep Antarctica cold despite external influence.

9. Designating the Southern Ocean as Earth’s fifth ocean officially should help with future conservation. At least, this is what scientists hope for.

10. For decades, concerns have been increasing due to industrial fishing on several specific species in the Southern Ocean. Separating the fifth ocean will help organizations in their attempts to set aside new marine protected areas near Antarctica.