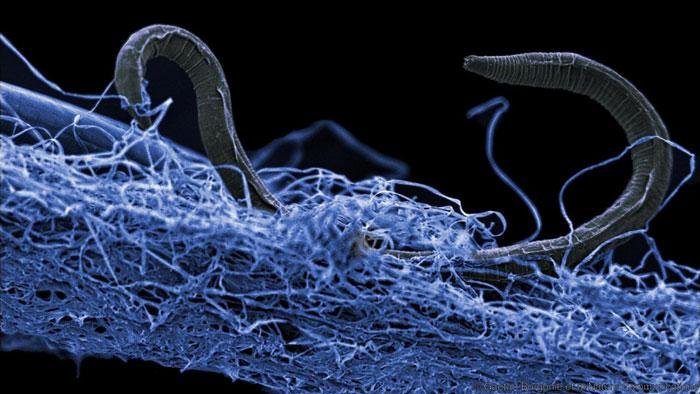 The microbes belong to ten different groups of bacteria that entered an energy-saving state when the dinosaurs roamed the Earth.

Scientists have successfully managed to wake a series of microbes that had remained “asleep” for at least 100 million years. Moreover, the microbes that existed during the dinosaurs’ time have shown traces of growth in the latest studies.

A team of scientists in the US and Japan says that these prehistoric microorganisms began to grow and divide despite entering an energy-saving state when dinosaurs were still walking on Earth.

The microbes belonged to ten different bacteria groups and were recovered from sediments mined in 2010 at the bottom of the South Pacific Gyre, one of the most deserted parts of the ocean in terms of nutrients.

“Our results suggest that microbial communities widely distributed in organic-poor abyssal sediment consist mainly of aerobes that retain their metabolic potential under extremely low-energy conditions for up to 101.5 million years,” wrote researchers in their study.

To obtain samples of the maximum possible depth, they drilled wells of up to 100 meters in the seabed at 5,700 meters below the surface.

The researchers, led by geomicrobiologist Yuki Morono of the Japan Marine Science and Technology Agency, incubated the sleeping microbes for 557 days in a laboratory.

Carbon and nitrogen sources such as ammonia, acetate, and amino acids were supplied to see if they subsequently succeeded in removing them from their torpor.

“It is surprising and biologically challenging that a large fraction of the microbes revived after being buried and trapped for so long in conditions of extreme nutrient and energy deficiency,” admits Morono.

Microbes are aerobic — they require oxygen to live — and oxygen was present in the sediment samples.

According to the researchers, this means that if sediments accumulate gradually on the seafloor, at a rate not exceeding a yard or two every million years, oxygen can remain present and allow these microorganisms to survive for extraordinary periods.

“I was skeptical at first, but we found that up to 99.1% of microbes in sediments deposited 101.5 million years ago were still alive and able to grow,” says study co-author Steven D’Hondt of the University of Rhode Island.

“Maintaining a physiological capacity for 100 million years in starving confinement is impressive. First, however, we want to understand how these ancient microbes evolved, if at all.

This study shows that the subsoil is an excellent location to explore the limits of life on Earth, explain the researchers.

The paper describing the incredible characteristics of the microbes has been published in the Journal of Nature Communications.

This is a great achievement since direct evidence of microbial cells’ physiological nature, and survival status in this highly energy-poor setting is poorly documented.

In addition to proving how resistant some microbes on Earth are, the recent study helps us better understand the possibility of similar microbes existing on other planets or moons in our solar system.

Mars, for example, was likely a planet very similar to Earth in the past.

Although there is currently no evidence of present life on Mars, new exploratory missions of the red planet could help reveal whether such microbes could survive beneath the surface of Mars as well.