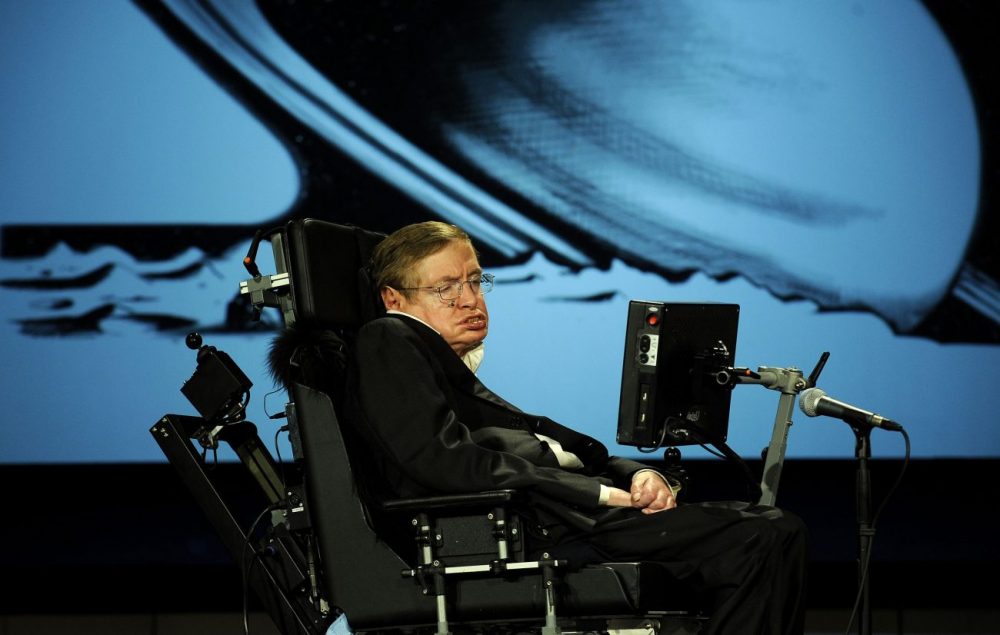 The British Genius is considered one of the ten most intelligent people to ever live on Earth, with an IQ of 160.

January 8 marks the 77th anniversary of Professor Stephen Hawking one of the most famous theoretical physicist, astrophysicist, cosmologist and scientific writers to ever live on Earth.

The British Genius is considered one of the ten most intelligent people to ever live on Earth, with an IQ of 160.

The author of ‘Brief History of Time’ sat at Cambridge University’s Lucasian Professorship of Mathematics, a position that has been held by only 17 men including the father of physics Isaac Newton.

As an author, Stephen Hawking was best known for his best seller ‘A Brief History of Time.’

And among his many thoughts, here we have chosen 15 quotes that can summarize his view on the world and the universe:

“My goal is simple. It is a complete understanding of the universe, why it is as it is and why it exists at all.”

“Science is beautiful when it makes simple explanations of phenomena or connections between different observations. Examples include the double helix in biology and the fundamental equations of physics.”

“It would not be much of a universe if it wasn’t home to the people you love.”

“If like me, you have looked at the stars, and tried to make sense of what you see, you too have started to wonder what makes the universe exist.”
“However difficult life may seem, there is always something you can do and succeed at. It matters that you don’t just give up.” – at an Oxford University speech.

“I would never claim this. People who boast about their IQ are losers.” – in response to a 2017 question if he believed he was the most intelligent person in the world.

“I believe that life on Earth is at an ever-increasing risk of being wiped out by a disaster such as sudden global warming, nuclear war, a genetically engineered virus, or other dangers. I think the human race has no future if it doesn’t go into space.”

“Because there is a law such as gravity, the universe can and will create itself from nothing. Spontaneous creation is the reason there is something rather than nothing, why the universe exists, why we exist.”

“I have already completed a zero-gravity flight which allowed me to float weightless, but my ultimate ambition is to fly into space.” – to ITV in 2017.

“God may exist, but science can explain the universe without the need for a creator.” – in a 2010 CNN interview.

“It is not necessary to invoke God to light the blue touch paper and set the universe going.”

“Not only does God definitely play dice, but He sometimes confuses us by throwing them where they can’t be seen.”
“I regard the brain as a computer which will stop working when its components fail. There is no heaven or afterlife for broken down computers; that is a fairy story for people afraid of the dark.”
“Unfortunately, Eddie [Redmayne] did not inherit my good looks.” – of the Oscar-winning actor who portrayed him in “The Theory of Everything.”
“We shouldn’t be surprised that conditions in the universe are suitable for life, but this is not evidence that the universe was designed to allow for life. We could call order by the name of God, but it would be an impersonal God. There’s not much personal about the laws of physics.”
advertisement