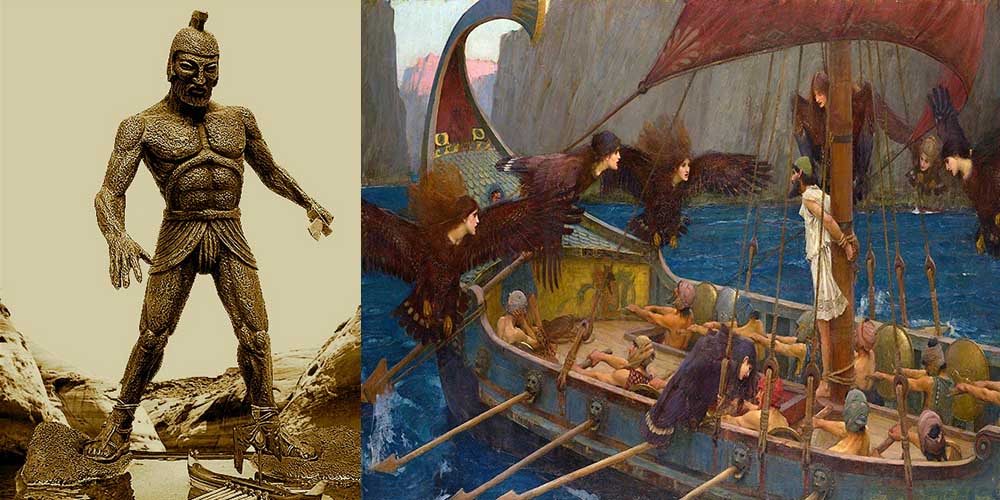 Thousands of years ago, the ancient Greeks predicted a number of things including self-driving cars, AI, and killer robots.

The ancient Greeks excelled in many things throughout history from incredible architecture to mighty warriors and revolutionary thinkers.

However, there’s more to the Greek civilization than what we’ve been led to believe. According to a newly published book, the ancient Greeks predicted the rise of Artificial Intelligence, killer robots as well as self-driving cars.

According to historian Dr. Adrienne Mayor, the ancient Greeks foresaw some of the technologies we use today thousands of years ago.

As explained by Dr. Mayor, a number of ‘machines’ designed and built by Hephaestus, the Greek god of metalworking and invention, were, in fact, early predictions of the rise of humanoid robots.

Most of what Dr. Mayor suggests revolves around Hephaestus.

We can read more about the automatons in myths detailing Jason and the Argonauts, Medea, Daedalus, and Prometheus.

Furthermore, Greek mythology includes the mighty bronze killer robot Talos, who safeguarded the island of Crete, and Pandora who Dr. Mayor believes are similar to the kinds of androids now being built by Boston Dynamics.

As explained by Dr. Mayor, Pandora was a ‘wicked AI fembot’, programmed to release eternal suffering upon humanity.

But these are only a few examples claims Dr. Mayor.

In her book, Gods and Robots: Myths, Machines, and Ancient Dreams of Technology, she includes plenty of other examples of how the ancient Greeks predicted most of the technology in existence today, thousands of years ago.

Dr. Mayor explains that while the ancient Greeks may not have known how technology would function, they foresaw its rise in society.

She adds that evidence of pilotless vehicles can also be found if we study the ancient Greek Civilization.

Odysseus’s pilotless Phaeacian ships, for example, are said to have guided him back home to Ithaca. This, according to Dr. Mayor, is something similar to the GPS technology we have today.

Furthermore, the American historian explains how the Greeks also foresaw the rise of Artificial Intelligence and robots that would serve us.

She explains that Hephaestus built mechanical humanoids from gold and equipped them with learning, reason, and skill in Homer’s Iliad.

These golden humanoids were designed to anticipate their master’s requests, acting much like self-learning machines today.

Dr. Mayor believes that modern-day companies such as Google, Apple, and Amazon could learn plenty of new things by taking a look back into history, and the ancient Greek Civilization.