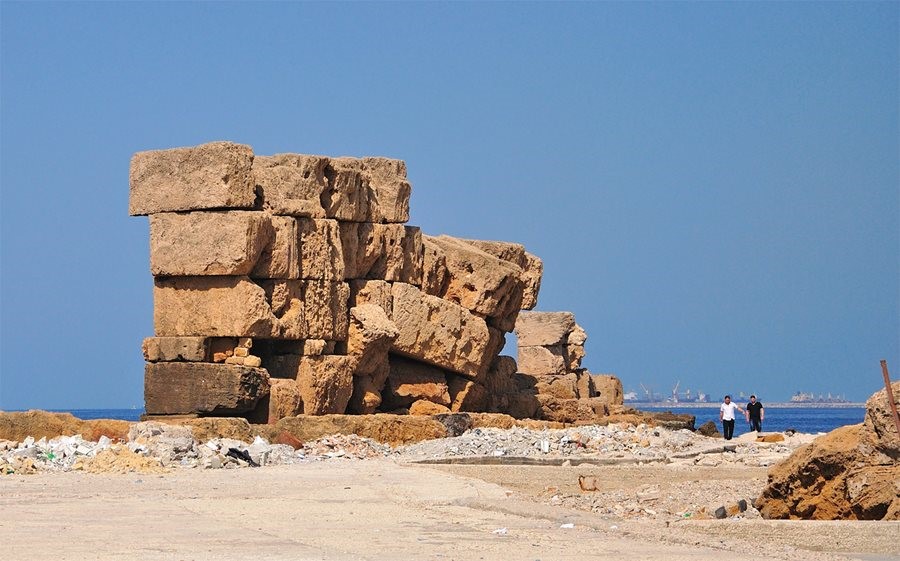 A true wonder of ancient engineering.

Along the entire eastern coast of the Mediterranean, only one inhabited island exists; Arwad.

Home to a massive megalithic wall, thousands of years ago, an ancient civilization erected a cyclopean wall featuring stones several tons in weight.

The wall, several kilometers in length, encompassed the entire island.

There is a small island located in the Mediterranean sea called Ruad, or Arwad. It is the only inhabited island in Syria, and the city of Ruad covers the entire island.

The island is located around three kilometers from Syria’s largest port Tortosa, aka Tartus.

In the Bible, the name Arvad is noted as the progenitor of the Arvadites, a Canaanite people, and the history of the island’s inhabitants can be traced back to the early second millennium BC where the Phoenicians settled it.

The Island became an independent kingdom called Arvad Aradus or Jazirat under Phoenician Rule, and its historical importance is far greater than it is.

The city has been referred to as the first known as one of the first known examples of an active republic in the Levant region, where people, rather than a monarch, are described as sovereign.

In ancient times, the island was surrounded by a massive megalithic wall that circled the entire island.

This ancient wall has raised numerous questions among experts unsure of how the massive walls, featuring stones several tons in weight, were built in distant times.

The island was also home to an artificial harbor that was constructed on the east toward the mainland.

The massive wall, the island’s relatively small distance from the mainland, and its relatively large harbor allowed the city of Aruad to develop into a prominent trading city. Home to a powerful navy, its ships are mentioned in the monuments of Egypt and Assyria.

How on Earth was it built?

The massive wall that once existed on the island is nearly gone today, and very few stone blocks remain standing today.

But the little that remains of the wall demonstrates an incredible cyclopean architecture present on the island in ancient times.

The wall, like many other ancient sites, features massive structures built with huge stones. These massive blocks were stacked one atop the other using incredible precision, making the wall stand several meters in height, protecting the island from either the sea or invading threats.

Over the years, the wall’s existence has sparked speculation of how it was built and why its ancient builders used massive stone blocks weighing several tons instead of smaller blocks, which would have made the wall’s construction a much easier task.

This raises an important question: What could have possibly justified the effort and time required to construct such a megalithic wall?

The wall’s existence is mindboggling, indeed.

However, similar structures, equally ancient, have been found in all corners of the planet.

It seems that wherever we look, we find megalithic structures that defy our understanding of ancient civilizations and their ability to develop, design, and build, massive structures that we would have a hard time erecting today.

It seems that after all, things are lost in time, and as Graham Hancock would say, “we are a species with amnesia.”