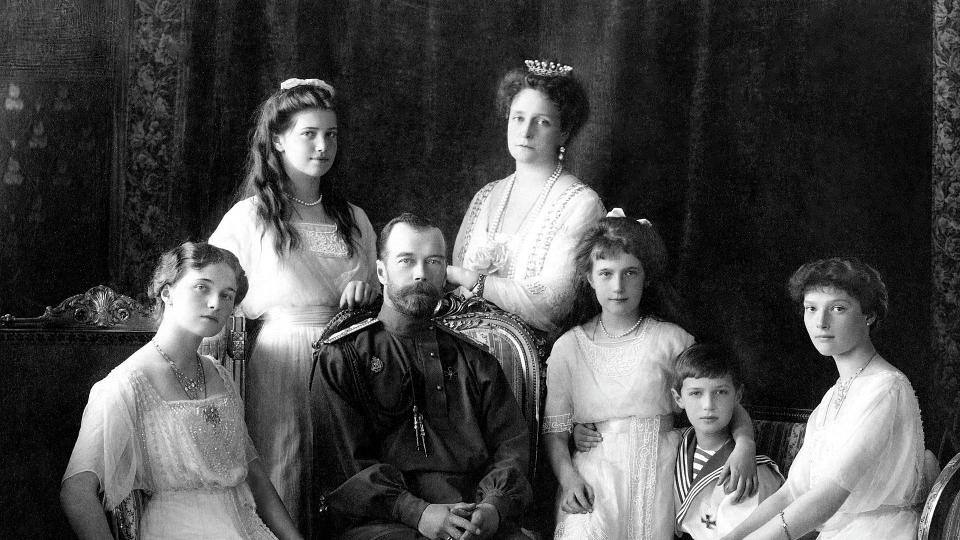 The mystery surrounding the brutal assassination of the Romanov Family remains unsolved more than 100 years later.

Do you remember the Disney animation “Anastasia”, which was released in 1997? The film was based on the film of the same name from 1956. The story is related to an urban legend, according to which Anastasia, one of the last members of the Romanov Family, actually survived the brutal assassination of her family.

In the 1956 film, Ingrid Bergman played a princess who suffers from amnesia and does not remember her true origins. There she begins to be called Anna and meets a crook named Sergei Bounine, who is trying to get to the wealth of her family.

The princess remembers her true origins when she meets her grandmother. However, instead of taking her rightful role as Empress, Anastasia chooses to marry Sergei and live a happy life. And while the finale of the film is a real Hollywood fairy tale, in real life it didn’t happen that way.

Who were the Romanovs?

The Romanovs had been the strongest family in Russia for 300 years. They had done quite well politically and economically. Gaining power in 1613, the dynasty ruled until 1917, when Tsar Nicholas II was forced to abdicate.

He was associated with many large noble families throughout Europe. Nikolai and Tsarina Alexandra had five children – Olga, Tatiana, Maria, Anastasia, and Alexei. The only boy suffered from hemophilia, which means that he was often not allowed to perform the same activities as his sisters, because any kind of cut or bruise would have endangered his health.

The Terrible Death of the Romanov Family

The year is 1918. Russia was torn by internal tensions, strikes were going on in parallel, and on the front (Russia participated in the First World War) things did not look better.

Nicholas II ruled from 1894 until his forced abdication in 1917. His rule was marked by many social and political contradictions, revolutionary movements, and two revolutions – 1905 – 1907 and 1917, the war with Japan, and the First World War.

A few months later, in August, they were moved to Tobolsk. Again in April 1918, a new relocation of the Romanov family followed, this time to Ekaterinburg, Ural.

The end of the family and their retinue was there, in Ipatiev’s house. In the basement of the house on the night of July 16-17, 1918, the entire royal family was shot dead along with the servants. The dispute over the responsibility for the mass execution of the royal family and the subsequent burning of the corpses continues in Russia more than 100 years later today.

Among the reasons for the shooting, Soviet authorities cited a conspiracy to free the former tsar from the monarchists who were approaching the area where the family was located. However, according to the recollections of participants in the operation to liquidate the Romanovs, this conspiracy was in fact a provocation organized by the Ural Bolsheviks in order to obtain grounds for the assassination.

Notes report that after the smoke from the shots rose, they found that the bullets had ricocheted off the corsets of two or three of the Romanov Dutchesses. The executioners later realized that this was due to the fact that the family’s jewelry and diamonds were sewn into corsets to hide them from the kidnappers.

These corsets served as armor against bullets. The execution was carried out without a trial. Their bodies were disfigured so as not to be recognized and then thrown into a mass grave and flooded with acid.

Although hard to believe, the Russian public was not very excited about the news of the tsar’s assassination. Nicholas II was not very popular among Russian citizens. According to historians, after the fall of the monarchy, the authorities received many letters from the public requesting that he be killed. The only obvious reaction came from the leader of the Orthodox Church, Patriarch Tikhon, who condemned the murder.

The remains of the Romanov family were discovered many decades later in 1991. They were identified by DNA analysis and buried with state honors in 1998.

However, two of the bodies were missing, leading to speculation that perhaps the youngest daughter, Anastasia, managed to escape.

After 1920, many ladies in Europe and the United States claimed the right to call themselves Anastasia Romanova. Anastasia’s alleged escape and eventual survival are some of the most popular historical legends of the 20th century, for which many books and films have been made.

At least ten women have claimed to be Anastasia, telling various stories about how they survive. Anna Anderson, the most famous of them, first appeared in public between 1920 and 1922. She claimed to have been rescued by a compassionate guard who noticed that she was still breathing and took pity on her.

When Anderson died in 1984, DNA analysis was performed to confirm that she had nothing to do with the royal family.

Finally, in 2007, the last two bodies of the Romanovs were discovered, forever putting an end to all the pointless speculations. Nevertheless, supporters of the idea that at least some of the Romanovs survived the assassinations continue to exist.

According to some, the shooting was staged, the execution was falsified, and all members of the family were disguised so as not to be recognized and taken out of Russian territory. Proponents of the thesis claim that the royal family lived for many years after July 17, 1918.

Оne thing is certain – whatever happened to the last members of the Romanov Family, it was extremely severe and inhumane, especially for the innocent daughters and son of the monarch.