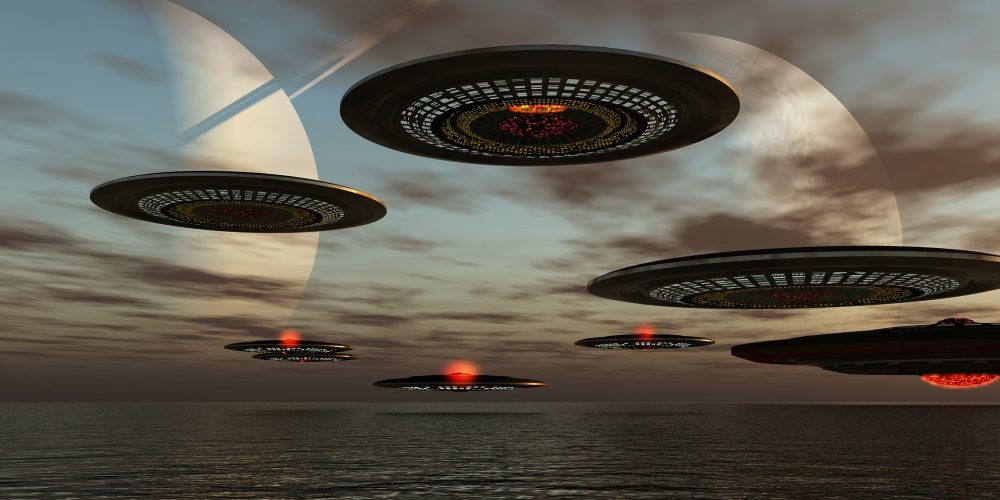 Dr. Michio Kaku believes scientists should not exclude the possibility that UFOs might be from another planet.

Michio Kaku, an American physicist and professor at City College of New York, is known to his colleagues primarily as one of the contributors to the string theory which aims to explain how the universe works. The general reader knows Michio Kaku as a brilliant popularizer of science, author of popular science bestsellers, and a futurist, who makes predictions about how everyday life will change thanks to the development of computers and high technologies or the discovery of alien civilizations.

Professor Kaku has made dozens of predictions for the future, most of which have yet to become a reality.

For example, he believes that by 2029, robots will be smarter than humans in almost every way. He suggests that the colonization of Mars will be successful and humanity will have its independent colonies in a couple of decades’ time. Overall, dr. Michio Kaku focuses most of his attention on the future of technology as well as explaining the universe, but what about aliens?

In particular, he mentioned the James Webb Telescope, which will be launched later this year. Once it is operational, there will be thousands of planets that we can explore in-depth, thus, increasing the chances that we find signs of alien life.

Since I’ve been on several TV science shows concerning UFOs, people have asked me about my position. I think it is a legitimate scientific question to ask where these UFO sightings come from. That does not mean that these UFOs are necessarily from another planet, but ….

In a more recent statement on Twitter, Dr. Kaku answered a question about his opinion on UFOs. Since the government has begun to show signs of interest with the creation of the UAP Task Force and the creation of a UFO report earlier this year, these incidents have become a hot topic.

Dr. Kaku urges scientists to focus their attention on UFOs even though there is no evidence that they necessarily are from other worlds. The problem is that we do not have proof against that possibility either. The scientist suggests that we should consider much greater possibilities.

For example, what if aliens are not slightly more advanced than humans? What if they are a million years more advanced and live according to completely different laws of physics and etc.

This is one of the reasons Dr. Kaku believes we should be extra careful if we ever get in contact with an alien civilization. There is a real possibility that extraterrestrials could be hostile and too advanced for us to handle.

…we should be open to that possibility. Many physicists are skeptical because the stars are so far away, but that assumes ET is only a century ahead of us.
Imagine if the aliens are millions of years more advanced than us; new laws of physics open up, so keep an open mind.

10 Reasons why science should pay attention to UFOs

1. If we believe the government reports, nobody has any idea about the nature of UFOs decades later. Perhaps the only way forward is for scientists to combine their efforts.

2. Theoretically, UFOs could really be aliens from distant stars. Scientists often neglect this possibility because traveling from even the closest star system to us would take hundreds of years.

3. But if we assume that aliens are extremely advanced, they would have overcome the difficulties of interstellar travel.

4. In the end, alien technology might already be on Earth in the form of UFOs but we do not know that yet.

5. These objects are often reported to have extreme capabilities that outmatch the most advanced artificial crafts on Earth. What are these technologies?

6. Modern smartphones can take extreme quality pictures at unbelievable distances and yet, we do not have a single clear shot of a UFO. How does this always happen?

7. There is some pattern behind UFO sightings that science has to decipher. Most incidents occur around military or nuclear facilities or involve battleships and fighter planes. UFOs clearly have an interest in our energy production and our military.

8. Even if UFOs are not piloted by aliens and there are no “life forms” that we can find, perhaps they are alien technology that was sent to Earth.

9. Moreover, most UFOs are reported to be relatively small. Considering our technologies, such objects should not be able to travel alone to Earth and operate so freely. This means that if UFOs are alien technology sent to Earth, the source might be a spacecraft or something else that is hiding in the Solar System.

10. With the existence of UFOs, scientists should consider the possibility that alien life might be living among us. Maybe we will one day find signs of an alien civilization on a distant exoplanet. But what if we can find them right here on Earth?