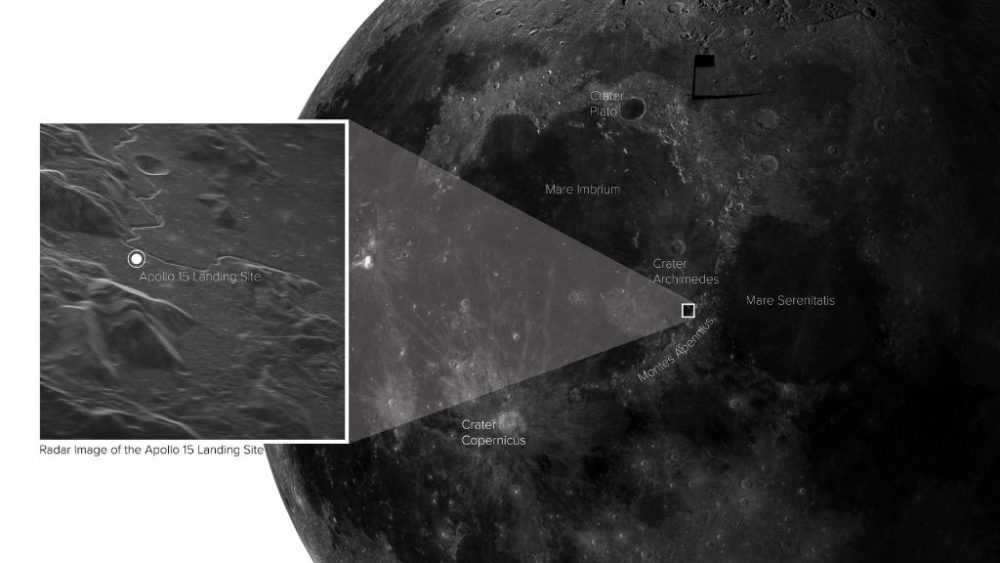 Scientists have captured one of the most detailed images of the lunar surface to date.

The testing of a new satellite imaging instrument at the West Virginia Green Bank Telescope recently produced a very detailed image of the Apollo 15 landing site on the moon. For several years, the American company Raytheon Intelligence & Space has been developing a new tool for creating radar images.

The technology is not new, but researchers are trying to push the boundaries. Last November, a new transmitter at the Green Bank Telescope sent a radar signal to the moon, specifically to the Apollo 15 landing site.

When it bounced back, this signal was collected by the Very Long Baseline Array. It is a collection of radio telescopes scattered across the United States that essentially come together and create a giant and unique radio telescope.

The researchers were finally able to obtain an image with an impressive resolution, showing structures up to five meters in size.

The image below shows the Hadley Crater, about six kilometers across. The Hadley Rille winding trail is an ancient lava tube that collapsed millions of years ago. In the featured image at the top of this article, the inset shows the landing site of the Apollo 15 spacecraft, launched in July 1971 and consisting of astronauts David R. Scott, James B. Irwin, and Alfred M. Warden.

This technology was just a proof of concept that allowed us to fully appreciate its potential. This now paves the way for even more powerful radar imaging in the future.

In the future, the scientists from the Green Bank Observatory plan to create a transmitter that will consume tens or hundreds of times more energy than the demonstration device. The team will soon start working on a powerful 500-kilowatt radar system that will potentially allow scientists to study objects as far away as Neptune.

Ultimately, this tool would indeed be useful for closer observation of our Moon like the image of the Apollo 15 landing site, but not only in this regard. We could also estimate the surfaces of other satellites and planets in our system, or even get images of asteroids and other space debris too dim to be seen with optical telescopes.

This detection and tracking work can help us better understand the population of celestial objects in near-Earth space, which can then help planetary defenses against potentially dangerous objects. In most cases, astronomers get images in which asteroids appear as blurred spots. But such a radar will allow them to get high-definition images.

Even more, such technology will absolutely put space exploration on a whole new level. Imagine getting such high-resolution images of Jupiter, or Saturn, or any of their unique moons. A radar system of this kind could answer countless questions that have remained unanswered for decades.

The first step towards this has been taken – the radar is already reaching near-earth objects and we saw the results – the exact location where Apollo 15 landed in high resolution. In this case, scientists used the largest fully controllable radio telescope in the world, capable of studying objects in 85 percent of the sky. Now imagine the capabilities of a tool with multiplied power. 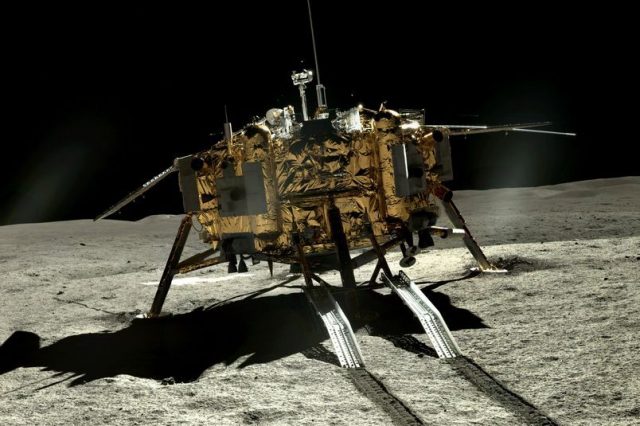