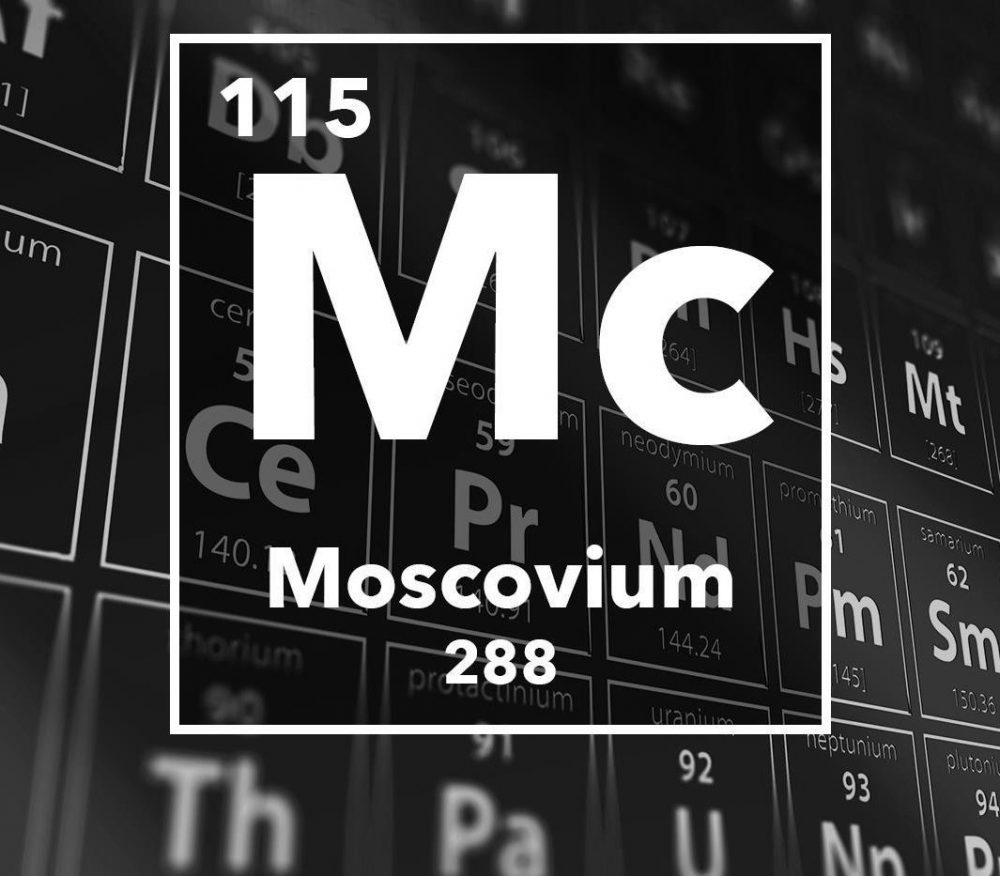 Why did this newly discovered chemical element turn out to be more special than others in the Periodic table?

The periodic table, also known as the Mendeleev table, is a precise classification of chemical elements. Or at least those known to mankind. The elements are arranged according to the number of protons they contain, which actually corresponds to their sequence number in the table. No wonder that it is constantly changing over the years, as more and more new unknown elements like Moscovium are discovered.

Moscovium was first synthesized (on Earth) in 2003 at the Joint Institute for Nuclear Research (JINR) in Dubna, Russia. The team conducting the experiments was composed of Russian scientists and their American colleagues from the Lawrence Livermore National Laboratory. As a result of initial experiments, scientists discovered the existence of the hitherto unknown 115th chemical element.

But due to the extreme speed of its half-life and some other circumstances, they never managed to prove its existence in black and white immediately. Convinced of the truth of their discovery, however, scientists did not stop experimenting and looking for a way to prove it. Many of their colleagues around the world were also inspired by their example and also started doing research and looking for the unknown element. It was temporarily given the name Ununpentium.

Official confirmation of the existence of Moscovium

They demanded that the element be excluded from the Mendeleev table. In this action, many conspiracy theorists saw nothing but another attempt by the “authorities” to conceal the truth about the existence of UFOs.

At the end of 2015, the existence of Element 115 was officially proven and it became part of the Mendeleev table. It was named Moscovium a year later – after the Moscow region, where it was first successfully synthesized. It is represented by the chemical sign Mc. Moscovium is a completely synthetically created product, which means it cannot be found in nature.

The fact that it is recorded under the covenant number 115 in the periodic table, at least for now, ranks it among the heaviest and most radioactive metals known to mankind. In our conditions, Moscovium is extremely volatile – the half-life of its most stable known isotope – Moscow-290, is less than 1 second. But according to Bob Lazar, who will be discussed later in the text, it is only a matter of time before a much more stable isotope of the chemical element is discovered and synthesized.

What is the connection between Element 115 and the conspiracy theories about UFOs?

You may be wondering where the connection is? What do the element of the periodic table and aliens have in common? You may have met the name of Bob Lazar. He claimed to be a physicist and to have been part of a secret mission for many years in the mysterious Zone 51. Lazar said that 9 spaceships that fell to Earth were “stored” there. It was at this place that he first became acquainted with the mystical Moscovium, which he continues to study to this day.

He claims that this chemical element is found in a certain form in the spacecraft he worked on while he was in Zone 51. He adds that Moscivium is used as fuel for space machines. In addition to studying spacecraft, scientists in the Zone have allegedly tried to repair them, figuring out the technology and materials from which they are built.

The interesting thing here is that Bob Lazar exported this information – about the unknown alien element back in 1989 – nearly 15 years before the first attempts to synthesize Element 115 on Earth. As we can guess, his claims at the time were considered scandalous and absurd due to the lack of knowledge about the mysterious element in the scientific community.

After leaving the system and revealing some of the things that are happening in the territory of Zone 51, Lazar became the object of persecution by the American authorities. At least that’s his claim. He also said that not only his own life is in constant danger, but also that of his wife and other close people. After the revelations were made, Bob Lazar was repeatedly subjected to a polygraph, which each time confirmed that what he said was true.

Moscovium – the future of space fuel?

In 2015, the world press reported that researchers from UCLA (University of California – Los Angeles) have created an extremely hard but incredibly light metal. Very malleable and at the same time especially resistant to high temperatures. According to many, this alloy was developed on the basis of the studied pieces of fallen spacecraft and fully corresponds to the descriptions of the material found near Roswell in 1945.

This is perhaps the first step that will allow humans to create their own spaceships and navigate through space with their help. Ufologists say that with the development of space machines built from the new superlight but super durable metal and powered by Moscovium, similar to the alien ships Lazar is talking about, humans will finally be able to fly freely in space. According to scientists, we will also be able to open space portals and make huge transgalactic jumps.

But let’s go back here to Earth and to the drama with the official recognition of Moscovium as a separate and real chemical element. As a result of the attempt made in 2011 to declare it invalid, a large part of the representatives of the scientific communities around the world rose. To prove its existence once and for all, many new scientific experiments and studies have been made in different parts of the globe – Russia, Germany, later Sweden, and others.

Thus, in December 2015, it came to the re-official recognition of the chemical element with serial number 115 in Mendeleev’s table. However, this is far from the end of the saga. In the following years, criticism and doubts from various scientific and other organizations reappeared. But they, at least for now, have managed to be overthrown and assessed as insolvent.