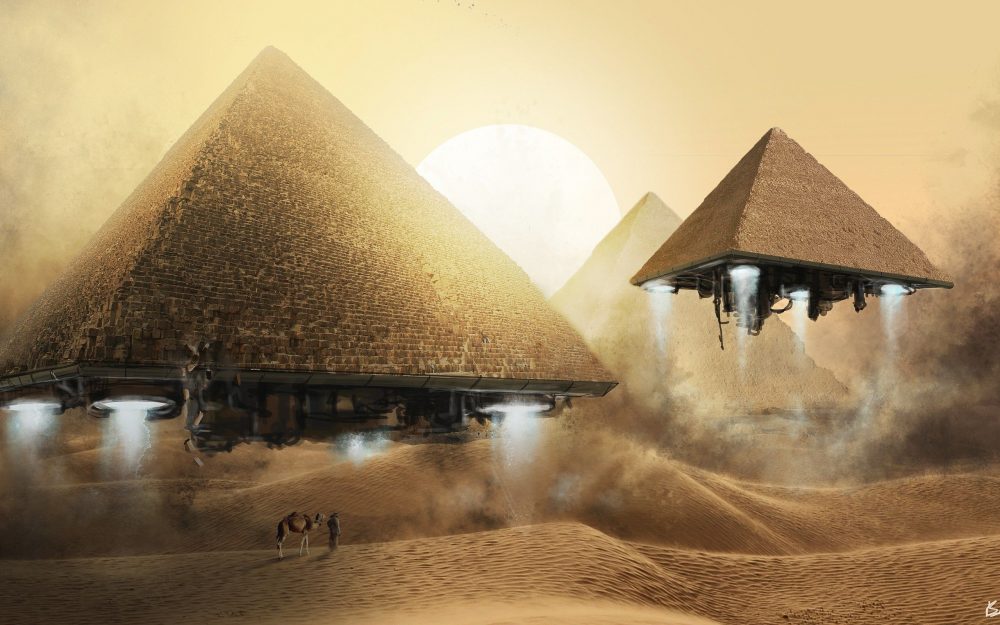 Few mysteries attract such attention as the existence of the Egyptian Pyramids. With little evidence of their origin, perhaps it was not the Egyptians that built them.

Egypt has always attracted great attention to itself – an absolute magnet for any seeking mind. Even the ancient Greeks showed an endless interest in the majestic pyramids and magnetic images of Egyptian art, which are so easily recognizable due to their difference from anything else in existence.

But why is this so? Why did this ancient civilization build so many pyramids? Why is the interest in the ancient Egyptian heritage not subsiding to this day? Why, despite the many scientific studies that refute and reject various mystical theories about the pyramids, does the conspiracy remain an integral part of curiosity about them, clinging like a wild, ineradicable weed along the fertile Nile Valley?

Let’s say the Ancient Egyptians didn’t build the pyramids. If we consider this a possibility then who did?

Why the Ancient Egyptians Could not have built the pyramids?

Perhaps the most promising evidence, if we can even call it that, is the simple fact that the Egyptians didn’t mention the building of the Pyramids. At least, no such texts have been found in any of the major archaeological locations.

From my point of view, it would be absolutely impossible for an ancient civilization not to document such a major process, especially when apparently, the pyramids had the purpose to house the tomb of the pharaoh after his death.

This leads to the second most curious matter – why have we not found any promising evidence that pharaohs were buried there besides the various burial equipment. Yes, it is said that there was a sarcophagus in the Great Pyramid and it lays in the King’s chamber but where is the body?

In fact, not a single body or mummy has been found in a pyramid. Instead, the majority of royal remains have been found in the Valley of the Kings.

Yes, thousands of years have passed and numerous ancient monuments have been raided and robbed throughout the ages but given that the pyramids should have been full of gold and treasures, who would pick up a mummy?

Furthermore, where are the Egyptian Hieroglyphics, present in every other ancient Egyptian archaeological site? Yes, once again, thousands of years have passed, but having that hieroglyphs have survived in the open in perfect shape on many occasions, would the ones protected in the pyramids fail to prevail?

What about tools and equipment? What about the time within which they were presumably built? Based on the latest scientific studies, it would be impossible with the tools ancient Egyptians had in this period. Especially in comparison to more evident archaeological sites that prove how undeveloped their architectural abilities were.

Furthermore, it is assumed that each pyramid took 20 – 30 years to build with 30 – 50 thousand people that participated in the construction. We are saying people because the latest foundings prove that the builders were not, in fact, slaves.

Based on the serious evaluation and countless calculations, this means that the builders would have to carve and place a minimum of one 250 tonne stone on every 3 MINUTES if they were to complete within those 20-30 years.

What does this mean? It literally means that it is an impossible task. This short period for a single block would be an ultimate success even in modern-day architecture IF it is even possible.

With this said, researchers estimate that a more reasonable time period for the construction of the pyramids would be 300 years if they were even built by the Egyptians.

Who could have built the pyramids then?

Conspiracy theories go hand in hand with ancient Egyptian history. And why wouldn’t they when the Egyptian government does all in its power to stop any potential progress into finding who built the pyramids.

After all, it could be the end of their history if historians find evidence that it was built by a different civilization.

This is where our personal evaluation leads to as well. The only possible way for such structures to exist is by the hand of an extremely advanced civilization. In fact, one that is even more advanced than ours today.

Could be aliens, I cannot argue with that, but we would have to prove that aliens exist in the first place. Or more specifically, the government should simply confirm it. The major question that remains above the countless mysteries of ancient Egypt is whether our modern society is ready for these answers.