Egyptologists argue the massive 100-ton sarcophagi were built to house the remains of the sacred Api Bulls.

The modern country we see today was built atop thousands and thousands of years of history crafted by countless pharaohs and rulers that reigned over the land of the golden sands and the River Nile.

And while we have uncovered many of ancient Egypt’s histories and secrets, many more remain hidden beneath the sands of the land of the pharaohs, waiting for the day when adventurous explorers will uncover that which has remained hidden for millennia.

But some things have been revealed in Egypt and continue to excite our imagination and interest.

The Serapeum of Saqqara

Located northwest of the Pyramid of Djoser at Saqqara, we find the burial place of the so-called Apis Bulls, the sacred bulls that were incarnations of the ancient Egyptian deity Ptah. The ancient Egyptians believed that the bulls became immortal after death as Osiris Api. 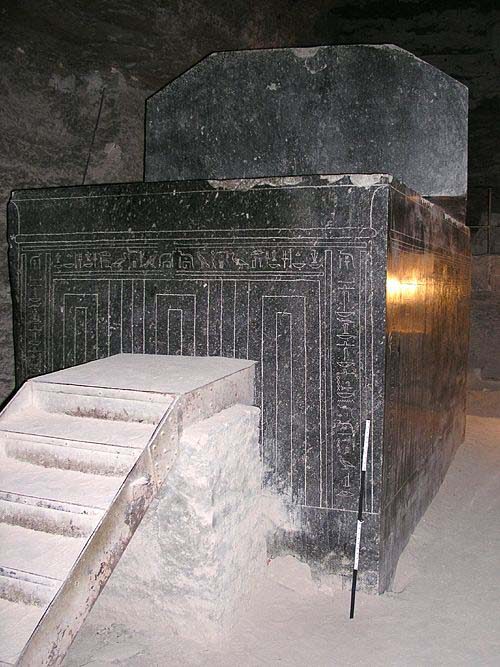 Since these bulls were of great importance in ancient Egypt, a burial place of equal importance was created thousands of years ago.

The worship of an Apis bull, experienced by ancient Egyptians as holy, has been known since the First Dynasty in Memphis. In contrast, the Apis worship as a proper god, at least according to Manetho’s Aegyptiaca, seems to be a later adoption, purportedly started during the reign of king Kaiechos (possibly Nebra) of the Second Dynasty.

Most of the burials at the Serapeum can be traced back to the reign of Amenhotep III, the ninth pharaoh of the Eighteenth Dynasty during the 1350s BC.

This ancient labyrinth, located beneath the surface, is home to massive stone boxes, the alleged burial sarcophagi of the Apis Bulls, which weigh a staggering one hundred tons. The lid alone weighs a stunning 30 tons.

Mainstream scholars argue how the boxes were crafted and polished using primitive tools, transported without technologies such as the wheel.

But is that really so?

The Bull theory is kind of a… bull theory

Since the Serapeum was ‘rediscovered’ in modern times in 1850, researchers have not fully understood or explained exactly how or why the 24 massive sarcophagi were transported to the site and installed in their notches.

The first person who identified the underground chambers was Greek geographer Strabo, who traveled to Egypt around 24 AD.

And ever since the mysterious underground chambers were found, they have induced admiration and fascination in anyone who has studied their contents.

Many authors have argued that the massive stone boxes were not meant to house any kind of bulls, since the boxes themselves exceed the bulls’ size. 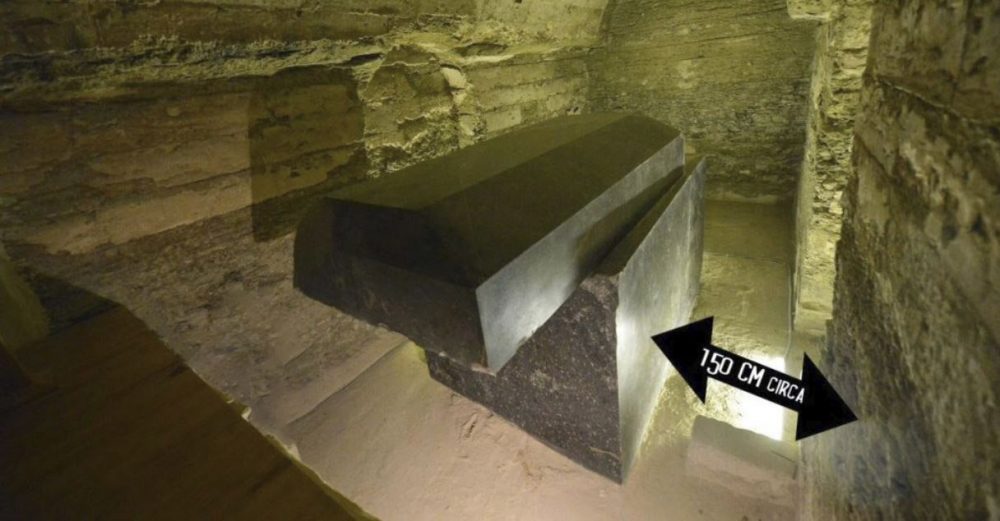 Curiously the massive sarcophagi inside the Serapeum were built using granite, rose granite, and limestone. This is odd since limestone is a material much easier to work with and manipulate.

The granite boxes were crafted with high precision having a tolerance within 1 micron. Closing the lid essentially makes the coffer hermetically sealed.

If you are truly building sarcophagi for a sacred bull, why use such ‘complicated materials’ if you can achieve the same result using much simpler stones?

Most of the sarcophagi inside the Serapeum were crafted using rose granite, an extremely hard rock mined at a quarry located around 800 kilometers from Saqqara.

Other boxes inside the Serapeum were identified as being made of an even harder material, diorite, curiously found even further away from Saqqara.

Thirdly, and most importantly, if the alleged sarcophagi were indeed crafted and built to house the remains of the sacred bulls, why is it that there are no traces whatsoever of bulls inside the boxes?

So if it wasn’t bulls that were meant to be inside the sarcophagi, what was?

The truth is we don’t know, although many theories have been proposed.