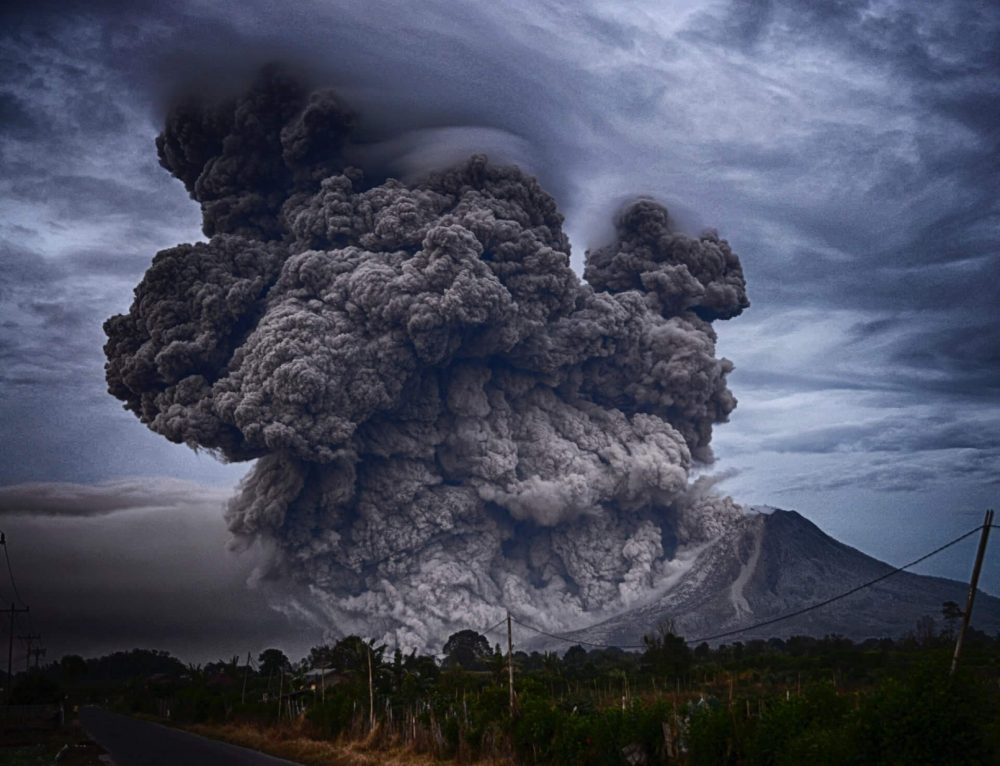 13,000 years ago, the world returned to glacial conditions after the Late Glacial Interstadial. This period is known as the Younger Dryas. Until now, it was believed that the Younger Dryas was caused by extraterrestrial mechanisms (meteor impacts), but a new study suggests intense volcanic activity may be to blame.

Researchers have found that around 13,000 years ago, unprecedented volcanic activity caused the climate on Earth to cool down drastically, probably changing the history of early civilizations and cultures around the globe.

A drastic cooling of the Earth 13,000 years ago, which lowered temperatures by about 3 degrees Celsius, coincided with strong volcanic activity, researchers have found.

Evidence of that event is buried in a cave in central Texas, where sediments have preserved unique geochemical signatures from ancient eruptions, according to researchers from the University of Houston, Baylor University, and Texas A&M University. The study detailing the findings was published in Science Advances.

This unprecedented volcanic activity was previously confused with extraterrestrial impacts, the researchers behind the study have revealed.

According to researchers, the geochemical signature associated with the cooling event is not unique but occurred at least four times between 9,000 and 15,000 years ago.

Alan Brandon, professor of geosciences at the University of Houston, revealed in a statement that the trigger for this cooling event did not come from space. Previous geochemical evidence of a large meteorite exploding in the atmosphere reflects a period of major volcanic eruptions, Brandon revealed.

After a volcano erupts, the global spread of aerosols reflects incoming solar radiation away from Earth, back into space, and can lead to global post-eruption cooling for one to five years, depending on the size and timing of the eruption. The study indicates that the cooling episode, scientifically known as the “Younger Dryas,” was caused by numerous coincident Earth-based processes, not by an extraterrestrial impact.

“The Younger Dryas, which occurred about 13,000 years ago, interrupted the distinctive warming at the end of the last ice age,” says co-author Steven Forman, a professor of geosciences at Baylor University.

Earth’s climate may have been at a tipping point in Younger Dryas, possibly due to ice sheet discharge in the North Atlantic Ocean, improved snow cover, and powerful volcanic eruptions that may have combined an intense cooling of the northern hemisphere, the researchers point out.

“This rapid cooling period is associated with the extinction of several species, including mammoths and mastodons, and coincides with the appearance of the Clovis archaeological tradition,” explains co-author Michael Waters, director of the Center for Early Americans at Texas A&M University.

Scientists Brandon performed an isotope analysis of sediments collected from Hall Cave in the Texas Hill Country to better understand what happened on Earth around 13,000 years ago.

The analysis focused on rare elements such as iridium, ruthenium, platinum, palladium, and rhenium. They determined that the elements in the Texas sediments were not present in the correct relative proportions that a meteorite or asteroid had added to Earth.

That meant the cooling could not have been caused by an extraterrestrial impact, but something must have happened on Earth.

“The isotope analysis and the relative proportion of the elements matched those that were found in previous volcanic gases,” said Sun, lead author of the report.

A volcanic origin for the Younger Dryas is an exciting new idea, the researchers reveal. However, whether a single major volcano eruption could drive the observed cooling, it remains an open question, the researchers acknowledge.

The cooling of the Younger Dryas lasted approximately 1,200 years, making a single volcanic eruptive cause an important initiating factor, but other changes to Earth’s climate and environment were needed, such as ocean cooling events and more snow cover to keep this period cooler.

This research underscores that extreme climate variability since the last ice age is attributed to unique Earth-bound controllers rather than extraterrestrial mechanisms. Such ideas are an important guide to building better models of past and future climate change, the researchers conclude.