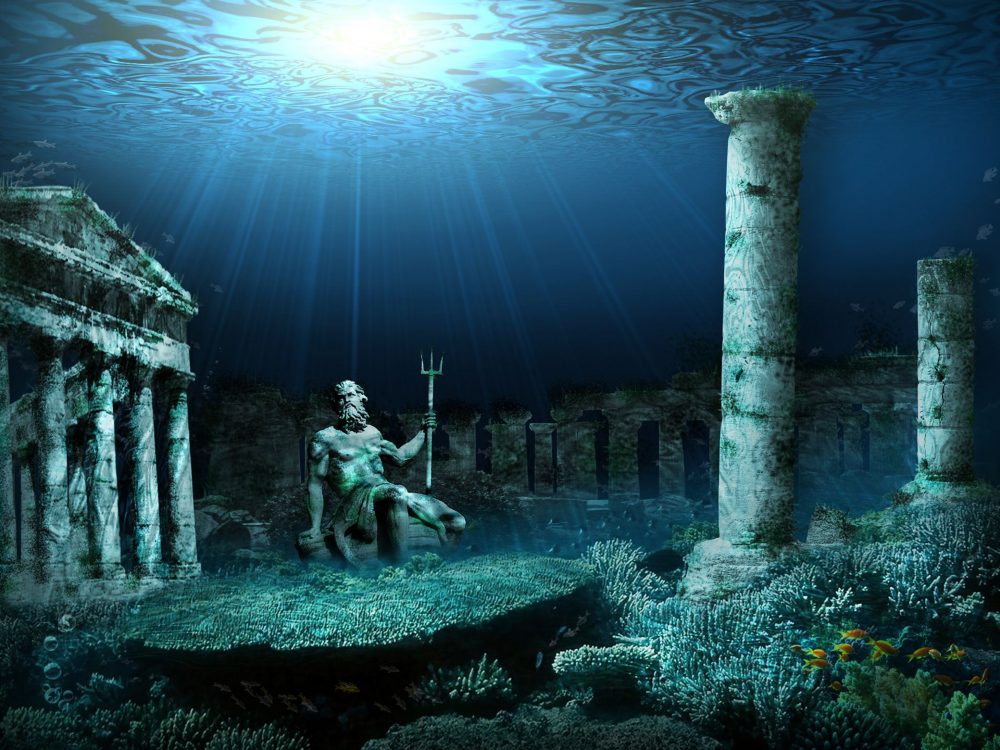 How many more sunken ancient wonders do the world's seas and oceans hold? Perhaps the greatest underwater discoveries have yet to be made.

Covering more than 71% of the planet, the Еarth’s oceans are rugged and unexplored. We can only guess what’s under the water. But with new technology, people are beginning to reach new depths. Researchers around the world are finding the unexpected. Underwater discoveries such as complexes and incredible monuments that contradict written history are discovered almost every year.

The Yonaguni Monument was discovered by diving instructor Kihachiro Aratake off the coast of the Japanese island of Yonaguni in 1986. The unsolved underwater mystery became known as “Atlantis of Japan”.

A series of monoliths, terraced on the side of the underwater mountain, lay six meters below the surface of the ocean. Giant rectangular formations with strikingly perfect angles of 90 degrees, straight walls, steps, and columns are considered the remains of an ancient city that sank due to seismic events thousands of years ago.

However, no one knows for sure.

The ancient Indian city of Dwarka was considered nothing more than a myth until it was discovered in 2000 in the Bay of Cambay. A magnificent underwater discovery, no doubt, the city spans on an incredibly large area more than 5 miles long and 2 miles wide.

Experts believe that the underwater site is at least 9500 years old which would mean that an ancient civilization lived there in a massive city more than 5000 years earlier than the first major cities in Mesopotamia.

A team of scientists continues to study the megalithic ruins found in the Yukatan Canal near Cuba. They found evidence of a vast urban environment located miles along the ocean’s coastline. Some believe that the civilization that inhabited this area is older than any ancient American culture known to us. A great proof is a discovered human skull from over 9000 years ago.

The Antikythera Mechanism may not be another long-lost ancient city, but it is an equally curious underwater discovery that deserves your attention.

The enigmatic ancient mechanical device was discovered more than 100 years ago near the coast of the Greek Island of Antikythera. Dated to more than two thousand years ago, it took nearly a century for experts to understand it to a certain extent.

It became possible only after X-Ray imaging was created and it allowed scholars to see within the mysterious device. What they found was a complex system of interlocking gears that were presumably used by ancient astronomers to track the movement of the Sun and Moon.

There is no explanation of how this mechanism was created having that workmanship of this kind only appeared around the end of the 14th century.

Yet another underwater discovery near the Greek shores, Pavlopetri is an ancient sunken city dated to more than 5000 years ago. Quite curiously, the site was discovered in 1904 although it is a few meters away from the shores in a popular tourist region and is clearly visible both from the beach and from above.

Anyway, the remains include a significantly large city with well-structured infrastructure including streets and the remains of numerous buildings. It took more than 60 years before excavations began and to this day, progress is minimal.

Unfortunately, until a few years ago when it was declared a heritage site of high importance, it was common for boats and ships to pass and even throw anchors in the waters above the ancient city. It took more than a century for the government to realize the danger of losing this enigmatic ancient site.

The ancient city of Thonis-Heracleion is yet another site that was considered a myth until its discovery in 1999. We know from several ancient texts that Heracleion was built around the 8th century BC in Pharaonic Egypt and it quickly became one of the most important ports in the world.

For example, due to its location, nobody was allowed to enter Egypt before passing through Heracleion. More importantly, each Pharaoh in Egypt received the divine power of Amun in Heracleion’s temple. If you are unfamiliar, no pharaoh was legitimate to rule before receiving this blessing.

Hundreds of artifacts, shipwrecks, and remains of monuments have been excavated, thus, completely changing important bits of the written Egyptian history.

Although knowledge of the submerged structure has been around since the 1950s, it was only in 2016 when divers discovered the remains of a castle in Lake Van, Turkey.

The solid remains of the impressive 1-kilometer long castle are considered to be at least 3000 years old although certain parts of the castle were built in the Middle Ages. Scholars believe that the Medieval builders re-used stones from the original structure to rebuild the castle walls and expand it.

The UNESCO World Heritage site of Mahabalipuram was subject to numerous local myths that suggested that the shoreline temples were part of a grand city that was submerged more than a thousand years ago.

Rarely do natural cataclysms bring any good but the devastating 2004 tsunami led to one of the greatest underwater discoveries to this day.

When the tsunami pulled out the water with unimaginable force, it also revealed the remains of numerous stone buildings and temples, cleaning out much of the silt that hid them for centuries. Later excavations revealed the remains of an entire city built earlier than the 8th century. It is believed that it was exactly a tsunami that brought the end to this enigmatic site around the 13th century.

Portus Julius was once the first naval base created in the Roman Empire. For a certain amount of time, it housed much of the Roman fleet before it was abandoned due to the creation of a much larger port nearby.

Over the centuries, volcanic eruptions and shifting coastlines destroyed the port and sunk it. Remains of the port can be seen nowadays if you join one of the diving groups in the region. It is certainly not an underwater discovery of magnificence like most previously mentioned ones but it is an important place of history nonetheless.

Rediscovered in 1996 after 14 centuries, the island of Antirohodos can easily be considered one of the most significant underwater discoveries ever made.

The key discovery on the sunken island were the remains of the legendary palace of Cleopatra, destroyed by natural cataclysms centuries after her death. Besides her famous Caesarium temple, remains of paved streets, additional temples, and even Mark Anthony’s unfinished palace have been identified.

Last but not least, the small port of Antirohodos was discovered which has been mentioned more than once or twice in ancient texts and even artworks.

More than 20,000 artifacts have been excavated and are now scattered in various museums around the world but the Egyptian government has plans to make an underwater museum of the site for tourists. 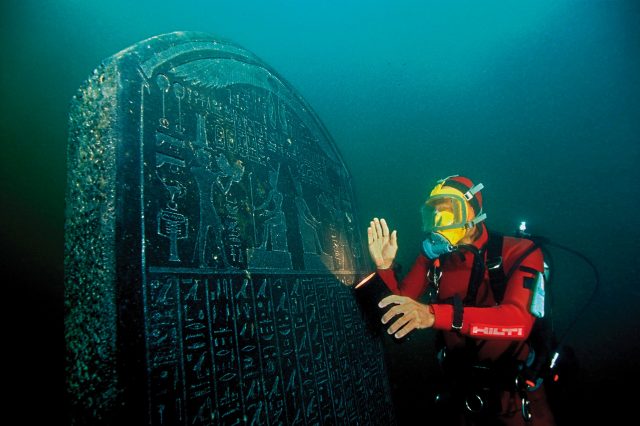 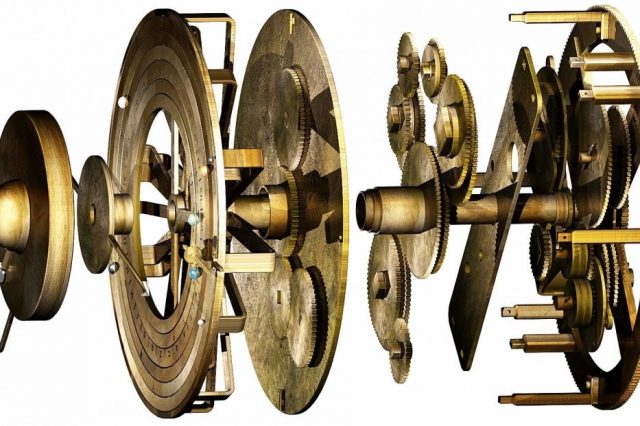 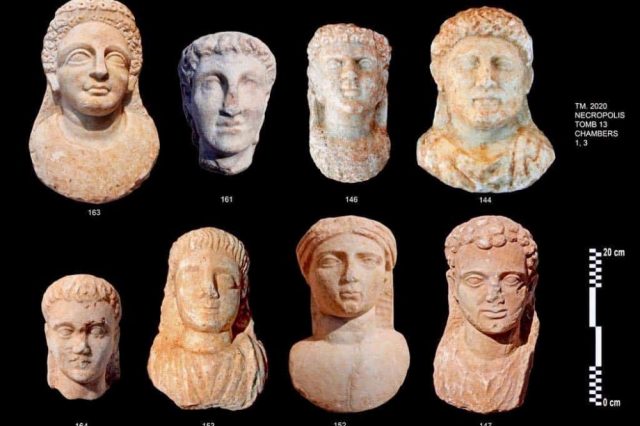