Have you seen them all?

Despite the dozens of space missions yearly, our achievements in space exploration do not even come close to the famous stories from movies we love to see. It is unlikely that life will ever be the way it is presented in our favorite space-themed movies and yet, there are those examples that come surprisingly close to potential events from the future.

We have selected 10 incredible space-themed movies that any astronomy lover should watch at least once. To make our list more realistic, we decided to leave out popular examples like Star Wars and Star Trek that simply go beyond the “realistic” aspect. Let’s see what we have!

The film is based on a real case. For the crew of the famous space mission, Apollo 13 was just a “routine” space flight – until the moment “Houston, we have a problem” penetrated the vast space.

When NASA CEO Dan Truman (Thornton) learns that in 18 days the Earth will be destroyed by a meteorite the size of Texas, he has no choice but to send a team of desperate daredevils to the asteroid to put a nuclear warhead in its core.

Amazing special effects, brilliant humor, interesting characters, captivating plot, and shaking emotions turn this space movie into an exciting battle to save the world that every astronomy lover should definitely watch.

Only three weeks remain until the end of Sam Bell’s three-year mission on the Moon. Until now, he was the only person on the base and only the robot GERTY was there for a company. Direct communication with the Earth is not possible due to damage to the communication devices at the base. After an unexpected incident, suddenly everything changes for him when he realizes that the world he lives in is not at all what he previously thought.

2001: A Space Odyssey is an old sci-fi film directed by Stanley Kubrick. The screenplay, written by Kubrick and Arthur Clarke, touches on topics related to human evolution and technology, artificial intelligence, and extraterrestrial life.

The film is characterized by its scientific realism, the introduction of new special effects, and the use of ambiguous, provocative picture and sound, instead of the usual cinematic techniques.

This space-themed movie first visits our prehistoric past, then leaps millennia forward (in the most shocking visual transfer in cinema) to colonized space, and finally takes astronaut Bowman into unexplored space, probably even to immortality.

Here we have one of the latest masterpieces of the space-themed movie family – Ad Astra. Starring Brad Pitt as astronaut Roy McBride, it tells the story of how the main character travels to the outer parts of the solar system to uncover his missing father and to dismantle the mystery that threatens him. His journey reveals secrets, which put under question the purpose of human existence and our place in the world.

I do have to mention that Ad Astra is rather a mix of borrowings and references to other films and creators than an original author’s product with its own style. I have no idea whether this approach of the director is a good thing or not, and I would not bother to think about it, because it is a matter of personal interpretation.

I can only say that I was not personally annoyed (especially much), but I would understand the viewers who would label as plagiarism what in this case I tolerantly recognize as a curtsey. But again, it’s a matter of personal feeling, approach to the themes of the film, that even the momentary mood, if you will.

With this said, I believe that this was an extraordinary movie even though it certainly took a lot from older space-themed movies. If you haven’t watched it yet, give it a chance.

First Man is one of the most non-American American films because it does not praise American culture and characters too much. It does not tell the story of an American hero, but that of a man who suffers unbearably much on his way to the moon. Armstrong is shown insane at times, cruel in others, but extremely steadfast, smart, and gentle.

Based on a book by James R. Hansen, this movie focuses on Neil Armstrong’s personal experiences before, during, and after the moon landing. It covers the period between 1961 and 1969, in which the future astronaut and his wife Janet (Claire Foy) face the loss of their daughter and the difficult idea that Neil goes to the moon and has a serious chance of not returning.

This is a movie unlike any other space-themed movie and I highly recommend it to anyone interested in space, astronomy, or the most significant space mission in human history.

Gravity is a space-themed movie that will shake you. Believe me when I say that visually, the film is a masterpiece. I will also have to use the popular cliché that a story is good when it manages to bring you into its reality. You will not only watch a movie about space but spend an hour and a half in it.

The movie tells the exciting story of two astronauts stranded in space after their shuttle was destroyed. I do not intend to reveal more about the film, because I do not want to spoil a single moment of it. Watch it, this is a movie that has absolutely everything to keep you on the edge of the seat.

The Red Planet has long captivated the imagination of science fiction and filmmakers of all calibers, and its landscape has been a field for the development of countless plot twists, conspiracy theories, and mysterious characters, both in literature and cinema.

In 2015, Ridley Scott presented a slightly different space-themed movie about Mars, which continued the tradition of recent years to seek maximum credibility in terms of technology and scientific paradigms.

The story in The Martian, like any ingenious thing, is elementary and can be described in literally one sentence. After an unfortunate series of events, the botanist, engineer, and (luckily) astronaut Mark Watney finds himself isolated on Mars, abandoned by the deserted crew due to bad weather, where he has to harness all the ingenuity and creativity that his alert mind is capable of in order to find a way to survive as long as possible until the next mission to the Red Planet.

The journey, however, is presented in an incredible way and the whole idea behind the movie could potentially summarize our future on the Red Planet if we ever reach it and the plans for entire bases get materialized.

There is hardly a living movie director with a wilder imagination than Christopher Nolan and Interstellar remains one of his most monumental works to date.

This is a movie that requires several watchings before it can be fully understood. Unlike most other space-themed movies, this one is entirely scientifically credible and has even been approved by Stephen Hawking who was actually the first person to see it whole.

Many consider this movie a prediction for the future when humankind will need to leave Earth in search of a new habitable planet. This makes it even more important to watch and if you haven’t yet, I urge you to see it as soon as possible.

Robert Zemeckis’ space-themed movie Contact relies on a potentially possible encounter with aliens, which serves as a starting point for a discussion of our shared values ​​as a society. It focuses on the following questions: what it means not to be alone and how we should react.

Perhaps an honest and balanced discussion is needed to deal with the conflict between the scientific and religious worldviews. Contact seeks common ground in our shared humanity, and today it seems more relevant than ever. Just think about all the mysterious radio signals we intercepted from deep space in 2020 alone and I believe it will draw your attention to this magnificent movie. 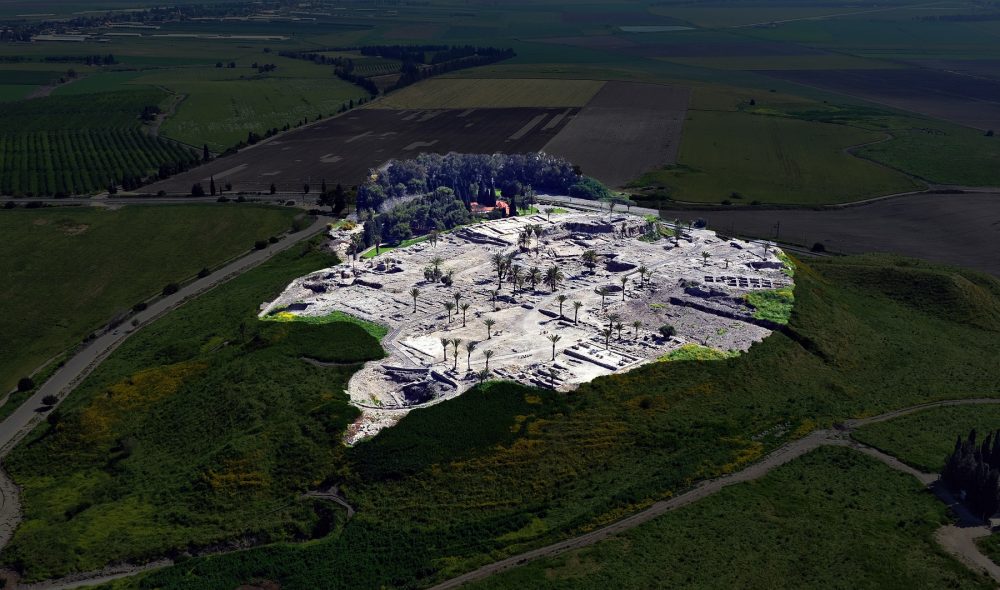 The Ancient City of Armageddon Predates the Egyptian Pyramids by 4,000 Years

NASA Spots Star Trek’s Logo on the Surface of Mars

Yoda, Is That You? Image of Star Wars’ Master Yoda Found in 14th Century Manuscript