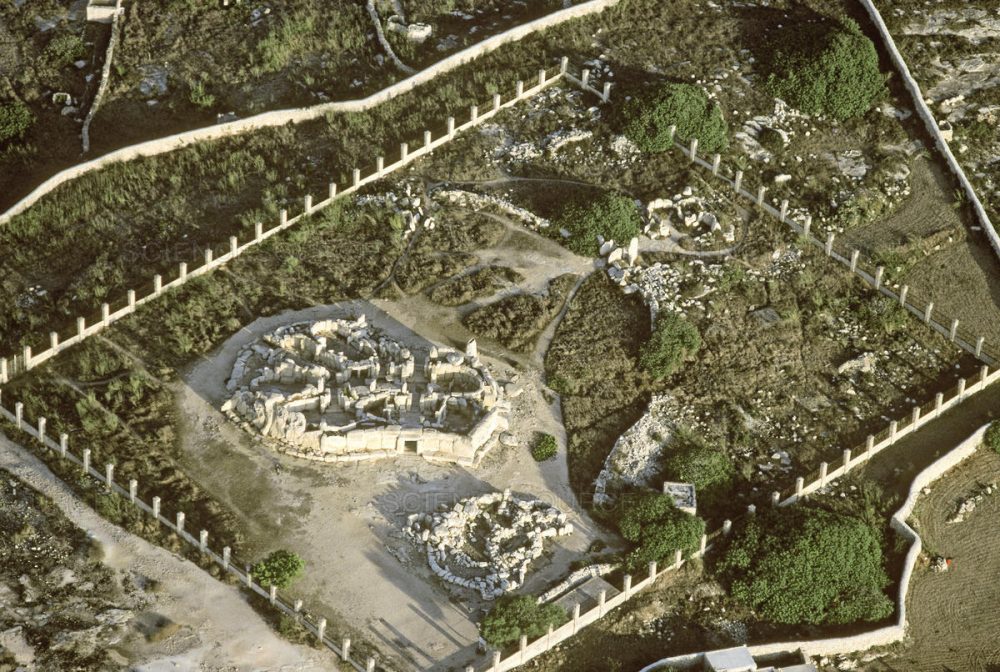 Did you know that the oldest man-made structures are located on the islands of Malta? The Megalithic Temples of Malta are yet another ancient enigma bequeathed to us by one of the many ancient civilizations that had impossible architectural capabilities.

Few people know much about the southernmost country in Europe, the country that ranks among the top places with the most favorable climate on the planet. And even if you know, I’ll tell you a little more.

Malta is an archipelago in the Mediterranean. Only three of its islands are inhabited, namely Malta, Gozo, and Comino. Geographically, they are part of Africa and lie on the African continental plate, but culturally and historically they are part of Europe.

It is amazing how in such a small area there is such an abundance of natural landmarks, cultural heritage, and amazing ancient and medieval architecture. The Maltese have an impressive heritage, which they preserve and promote extremely successfully. The most famous sites – the Megalithic Temples of Malta, some of which are part of the UNESCO World Heritage List.

1. The oldest man-made structures in the world

Many consider completely different structures around the world as the oldest made by man. But the most ancient temples on the planet have been discovered in Malta: some of the Maltese megaliths are almost a thousand years older than the pyramids while others have been dated to as early as 700 BC.

2. Built without any metal tools

It is interesting how the Neolithic inhabitants of the island managed to build such complex and impressive temples. The stones used are huge. Some of them reach a height of 5.2 meters and a weight of 50 tons.

The question of how they were raised is not fully clarified. In addition, the builders did not have metal tools and any sophisticated technology. The stone pieces were mined near the construction site, using the limestone structure and cracks on its surface for splitting.

3. Unfortunately, the atmospheric changes have made the Megalithic Temples of Malta vulnerable

The Megalithic temples of Malta were buried for thousands of years before the first excavations in 1839-1840. Unfortunately, the atmospheric conditions of their existence have changed radically. Once unearthed, the temples became very fragile and the limestone was susceptible to compromisation.

After the excavations, the temples were subjected to sharply changing atmospheric influences. Changes in temperature, the presence of moisture, winds, salts, and pollution have led to a rapidly accelerating collapse of the structure of the stone, and changes in its color and texture. Even parts of the temples collapsed.

4. Early attempts to strengthen the Megalithic Temples of Malta further damaged the monuments

In 1910, cement was used to restore many of the megaliths. Decades later, we know that cement helps damage limestone and is extremely unsuitable for use in such cases. It can’t even be removed because it breaks off pieces of ancient stone.

In 2000 it was decided to install light canopies that could be removed in the future. Their main goal is to stop direct rain and sunshine.

5. The ancient civilization that built the Megalithic Temples of Malta simply vanished

In general, it seems that the Maltese archipelago was a kind of a large religious center of the ancient world, a place of worship for the inhabitants of the Mediterranean. The temples, in addition to the spiritual role, took over the functions of administrative, medical, financial institutions, further strengthening their central influence in society.

The end of the civilization of ancient Malta is shrouded in deep mystery. Researchers give a very specific date of their final disappearance – 2300 BC. The causes are unknown – traces of epidemics, military conflicts, natural disasters have not been found. This ancient civilization simply vanished without leaving any hints of hinting its destiny.

6. Archaeologists have excavated more than 50 ancient monuments but only several complexes remain in good shape and are being preserved accordingly

Unfortunately, many of the more than 50 ancient monuments remain in terrible shape. Currently, efforts to preserve 23 of them are being made after they were carelessly left for more than a hundred years.

Nevertheless, I would like to discuss the four complexes in the greatest shape that attract the majority of tourist attention. We will discuss them one by one in the following headings.

7. The Megalithic Temples of Ggantia

Ggantia is a complex of two temples with different entrances, but a common back wall. It is considered the oldest megalith and is located in the center of the Gozo Islands.

The ruined facade of Ggantia reaches 6 meters in height, its limestone blocks reach 5 meters in length and 50 tons in weight. That is why the construction is based on the principle of masonry – the stones are held at the expense of their weight. Inside the structure, places were found for hanging animals before the sacrifice and the altar.

The most representative feature of the temples of Ggantia is the shape of a clover which refers to an ancient cult of fertility, and this is evidenced by the unearthed figures of the excavations.

Located 15 km from the capital Malta, a spacious hilltop temple consists of three shrines surrounded by a fence. The largest out of all Megalithic temples of Malta, which features oval limestone slabs, is decorated with interesting ornaments, animal figures, and idols made of silicon. Clover-shaped, like other megalithic temples in Malta, Hagar Qim reached us almost in its original form.

Mnajdra stands on a steep shore, not far from Hagar Qim. It is a complex of three temples, which from above appear as if they are the three leaves of a clover. Its peculiarity is that it is oriented to the sunrise at the equinox and solstices. Archaeologists have discovered statuettes from stone and clay, shells, various ornaments, ceramics, and silicone tools. The absence of iron tools of labor is the clearest evidence of its Neolithic origin.

The Tarxien Temples are considered the most complex megalithic structures out of all in Malta. They include four separate temples with numerous altars, evidence of the religious beliefs, and artistic achievements of the ancient Maltese culture.

The stone walls of the four adjacent temples are decorated with surprisingly intricate spiral patterns and animal figures of types found in other ancient Maltese places of worship. The South Temple, contains the largest collection of art, especially spiral designs and reliefs depicting animals such as goats, pigs, bulls, and rams.

This is where the remains of a unique statue depicting a fertility goddess were discovered which is now one of the most famous artifacts in the National Archaeological Museum in Valetta. 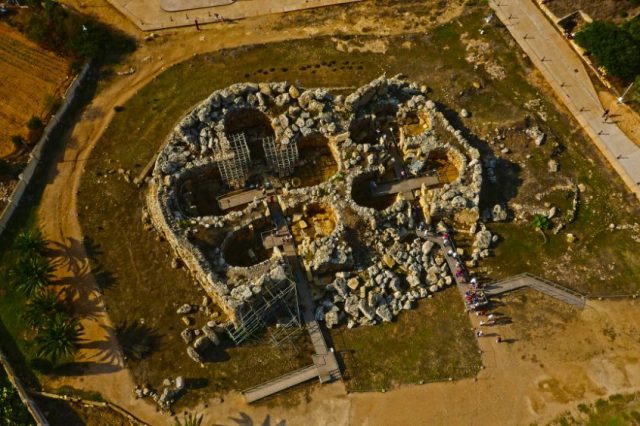