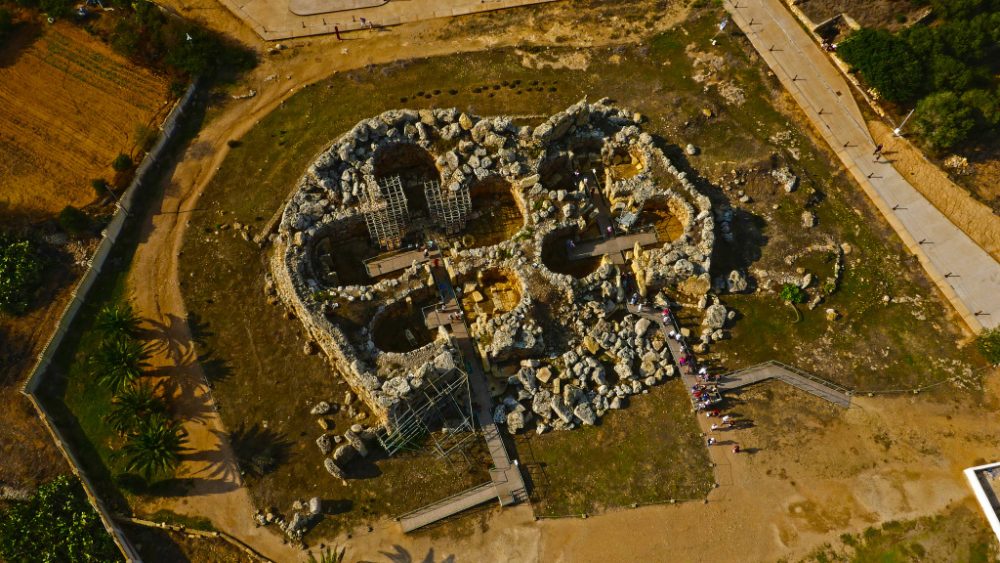 Malta's ancient Ggantija Temple Complex is one of the oldest man-made structures in the world, along with several other megalithic complexes on the small territory of Malta.

Malta’s Ggantija Temple Complex is an absolute wonder of ancient architecture that has survived thousands of years to reach us in its almost original state. Located on the Maltese island of Gozo, it is one of the tenths of megalithic complexes scattered on the small territory of Malta.

Researchers have proven that the Ggantija temples have been standing for more than 5500 years, some even claiming that the complex is much older.

2. This makes it one of the oldest free-standing monuments in the world

Given the approximate age of the complex, it is significantly older than far more popular monuments around the world like the Pyramids of Giza or Stonehenge.

Both temples have a central corridor with several apses going in both directions. Like most Maltese monuments, they are shaped like a clover.

4. Construction with such massive megaliths was impossible this early in human history

No one can explain how the huge structures were built – moving such stones would have been literally impossible in that era. Unless it was built by other beings, not humans, as many legends suggest.

5. The stones in the Ggantija temple complex are arranged with surgical precision

While it is visible that the megaliths are not precisely cut or formed in square or rectangular shapes, for example, there are no holes in between as the builders used smaller stones that fit perfectly.

6. The temples never had a roof

Some experts claim that all ancient Maltese temples must have had roofs. However, no remains of such structures have been found in any of the dozens of megalithic temples including Ggantija. In other words, it is a mystery why the ancient builders and architects made the decision to leave the temples open.

7. Many of the megaliths are over 5 meters high and weigh over 50 tons each

Once again, construction with such heavy stones would be almost impossible even in today’s high-tech world as few countries even have cranes that could lift such weights. Nevertheless, many of the megaliths in the Ggantija Temple Complex are over 5 meters high and weigh over 50 tons.

8. The name Ggantija comes from one of the many legends referring to the creation of the complex

Legends about the creation of Ggantija and many of the remaining megalithic complexes refer to an ancient race of giants that inhabited the islands of Malta. Giants are part of practically most mythologies and cultures around the world, both ancient and contemporary.

9. The interior walls of Ggantija supposedly were painted ages ago

Archaeologists discovered several plaster pieces colored with natural clay pigments inside the Ggantija temples which pointed to the theory that they were once painted on the inside. The plaster pieces can be seen in the Ġgantija Temples Interpretation Centre.

10. Remains found in the Ggantija Temples suggest that they were used for ceremonies and animal sacrifices

Among the few significant finds from the Ggantija Temple Complex are the animal bones that point to ancient animal sacrifices and the stone hearts that point to the use of fire. 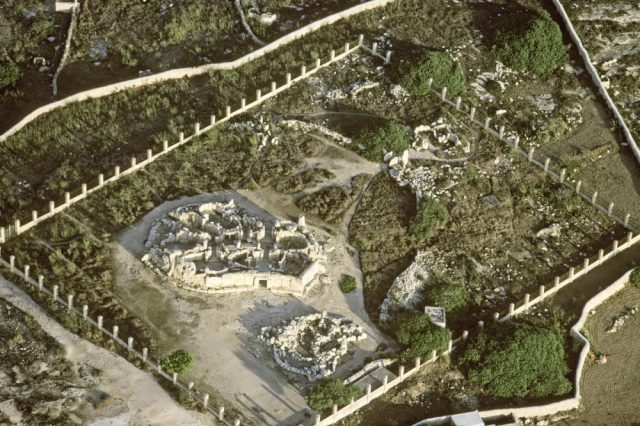