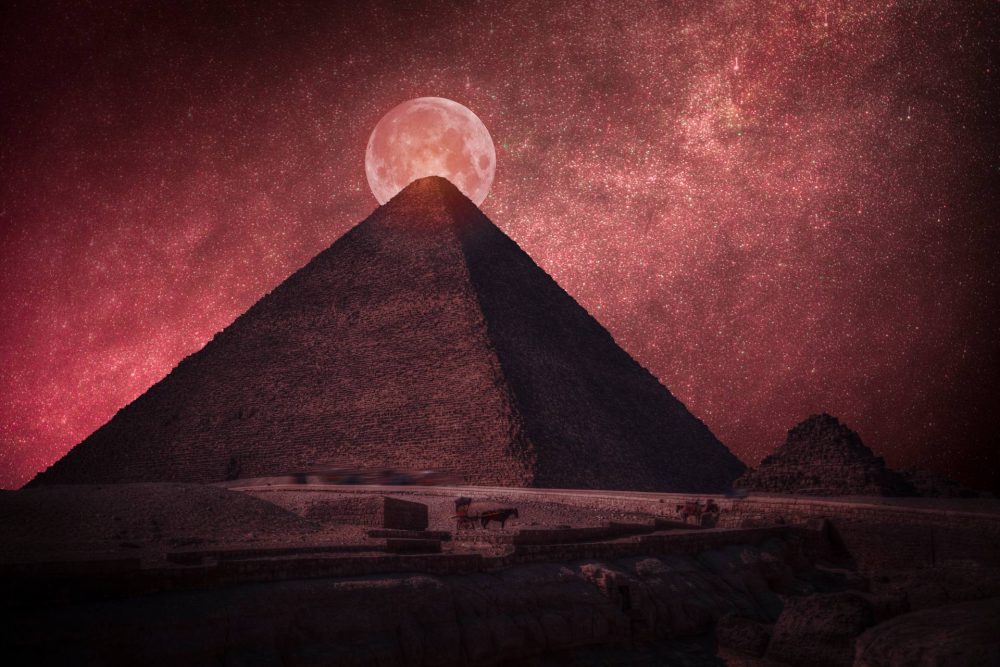 Do you think the modern seven wonders are more spectacular than the ancient ones we only know from historical accounts?

Every person has thought about how our ancestors lived, what they thought about, what did they strive for? Well, probably, the answer to the last question is quite simple: judging by what surrounds us now, the ancient people made a lot of efforts to create a real prosperous civilization.

We all know the modern Seven Wonders of the World, or at least, you surely have seen them even without knowing that they are on this list. But what were the Seven Wonders of the Ancient World? To get to the original list of these ancient landmarks, we must return to Ancient Greece.

This list was compiled by travelers in antiquity. Yes, people in ancient Greece traveled a lot. This should come as no surprise, given the Greek expansion into areas that allowed Egyptian, Persian, and Babylonian cultures to mix with Greek. The list we now know as the Seven Wonders of the Ancient World was not created by a single writer but is a compilation of several different lists over time.

What is left of the Seven Wonders of the Ancient World?

Unfortunately, only the Great Pyramid of Giza has survived to this day. It gives a clear idea of ​​the incredible architectural and construction capabilities that existed in those times. We know the other 6 wonders only from historical sources and the imagination of artists who continue to recreate these monuments only based on ancient texts. Here are all seven wonders of the ancient world by name:

1. The Great Pyramid of Giza

The Egyptian pyramids are the most famous buildings in the world. The giant monuments were built about 4500 years ago and have withstood the tides of time like no other ancient structure.

It was not until 1899 that the Pyramid of Cheops ceased to be the tallest building on Earth, giving way to the Eiffel Tower. The height of the pyramid is 147 m and it is built of 2,300,000 carefully processed limestone blocks, each of which weighs more than two tons.

Virtually without any mechanisms, only with the help of wedges and hammers, the huge stone blocks were cut in the quarries on the other bank of the Nile, where they were processed on-site, then dragged with papyrus ropes to the water and dragged to the construction site.

2. The Hanging Gardens of Babylon

Until the beginning of our century, these gardens were considered complete fiction. However, the hanging gardens of Babylon actually existed. They were built at a time when the “Odyssey” already existed and Greek cities were rising. They mark the decline of the Assyrian-Babylonian state, a contemporary of ancient Egypt and its rival. The gardens were short-lived and disappeared along with Babylon, a majestic but fleeting giant city.

The hanging gardens were constructed on four levels. The vaults of the floors rested on columns twenty-five meters high. The terraces of the floors, made of flat stone slabs, were covered with a layer of stones, glued with asphalt, and covered with lead sheets to prevent water from seeping downstairs.

A layer of earth was accumulated on top, thick enough for large trees to grow. All indented floors were connected by wide sloping stairs lined with colored ceramics.

Today, tour guides show one of the dark brown clay hills, crowded, like all the hills in Babylon, with fragments of bricks and pieces of tile left from ancient structures as if they know the exact location of the Hanging Gardens. However, the truth is that this is the only wonder of the ancient world whose location has not yet been confirmed.

3. The Statue of Zeus at Olympia

Legend has it that in Olympia, Zeus defeated the bloodthirsty Cronus. This is where the so-called Olympic Games were established in honor of this event and they began with a sacrifice to Zeus.

The main shrine in Olympia was the temple and the statue of the Olympian god. The statue was a creation of the great Phidias, who created another monumental work – the statue of Athena in the Parthenon and the reliefs on its walls.

The statue of the sitting Zeus was truly colossal – 12 meters in height, which gave the impression that if Zeus got up, he would destroy the ceiling.

It was made of wood, which was covered with pale pink ivory, while the clothes of Zeus were made of gold leaves. In his right hand he held a 5-meter high golden statue of the goddess of victory Nike, and in his left – a scepter.

Quite curiously, in 394 AD, this wonder of the ancient world was somehow moved to Constantinople, the capital of the Byzantine Empire.

Although Christianity had already established itself as a religion and the statue of Zeus was a pagan sculpture, no one dared to destroy it because of its incredible beauty. Historians believe that it burned down during a fire in the palace of Emperor Theodosius II in 462 AD.

The Statue of Zeus was the only one of the seven wonders of the ancient world that stood on European soil.

4. The Temple of Artemis

The temple of Artemis was located on the territory of modern-day Turkey. It was built in honor of the goddess of hunting Artemis, in huge sizes – 125 columns, each with a height of 17.5 m.

Many believe that this wonder of the ancient world was cursed from the beginning of its construction. This is “evidenced” by the terrible events that occurred one after the other throughout the ages it stood high.

Although it was built on a flat and dry place, as if chosen on purpose to preserve over the centuries, the temple was first submerged in swamps, then burned, and finally destroyed by an earthquake. After the next re-construction, it was plundered by the Goths, only one year after being completed.

Today, only the ruins of the foundations of this remarkable Hellenistic building have survived.

5. The Mausoleum at Halicarnassus

This wonder of the ancient world was once the largest tomb in the world after the Egyptian pyramids. It was built not because of the ancient beliefs in the immortality of the soul but out of pure love.

It is said that Artemisia loved her brother and husband Mausolus with a love stronger than that in love verses and more enduring than any human passion. When Mausolus died, she built the most extraordinary tomb in his name, so magnificent that it became one of the seven wonders of the ancient world.

The mausoleum amazed above all with its architecture – a combination of a pyramid, a ziggurat, and a Greek temple. Contemporaries admired its size, extravagance, and, above all, its “unsurpassed perfection of artistic decoration.”

6. The Colossus of Rhodes

The Colossus was a famous giant statue erected in the port of Rhodes, an island in the Aegean Sea off the coast of modern Turkey. It was a statue of Helios – the Greek god of the sun.

Modern scientists do not know exactly what the giant statue looked like and where it was located. Some archeological finds prove that it was 33 meters high and was made entirely of bronze, except for the cloak of white marble. Based on other historical accounts, ancient builders needed 12 years before they completed it in 280 BC.

Sixty years after its construction was completed, the Colossus collapsed in an earthquake that killed many people. Unlike other ancient monuments, this unique sculpture was not restored, as an oracle predicted that it would bring misery to the people.

According to different ancient sources, the Alexandria Lighthouse was a three-story structure with an unbelievable size – it was more than 100 meters high.

The lowest part of the structure was built of huge limestone slabs and surrounded by a decorated terrace.

The second floor of the lighthouse tower was an octagon lined with marble slabs, and at the last level stood the lantern which had a round shape. It was decorated with a dome and at the very top, a statue of Poseidon.

Every night, the ancients lit a fire that burned until dawn. Its light was amplified by a large reflector of polished granite and could be seen by sailors from tens of miles away.

The Alexandria lighthouse was one of the longest-lasting wonders of the ancient world. It stood high for almost a millennium between 230 BC and 700 AD when it was finally destroyed.