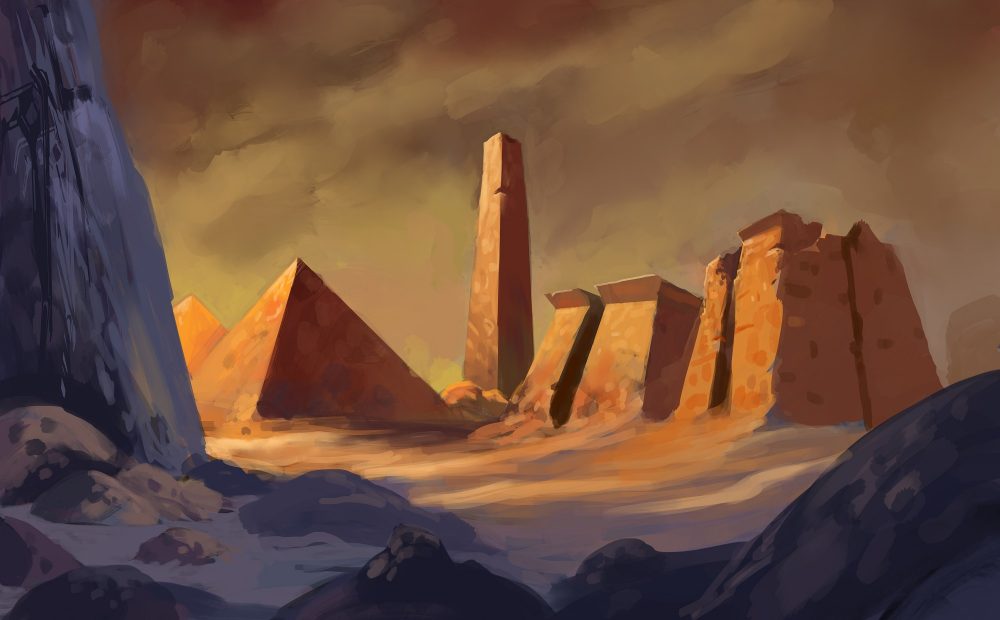 The lost city of Thinis—This—has never been found. It was the capital of the first and second dynasty of ancient Egypt, home to the Pharaoh that unified Upper and Lower Egypt.

There are many ancient cities that have been lost to the “sands of time,” and Egypt’s first true capital, the city of Thinis —also known as This— is one such example.

Believed to have been located not far from Abydos and the present city of Girga, the city has been lost to history. Such was its importance that ancient Egyptian cosmology —and as explained in the ancient Egyptian book of the dead— Thinis played a crucial role as a mythical place in heaven.

But despite its overwhelming importance in ancient times, the city has been lost, like many other treasures of ancient Egypt.

In this article, I cover ten things you should know about an important yet somewhat unknown ancient Egyptian city.

The origin of the ancient city’s name can be traced back to Manetho’s use of the adjective Thininte, as he described the first unifying Pharaoh of Egypt Menes, aka Nermer.

The city was the capital of the first densities of ancient Egypt before the capital was moved to Memphis in Lower Egypt (North).

Although the city’s present whereabouts are shrouded in mystery, its existence has been well attested by ancient writers. The most prominent reference of This can be traced back to Manetho, who reveals Thinis served as the capital of the Thinite confederacy who would eventually unite all of Egypt under the rule of one King, Nermer. Thinis is therefore regarded as the first true and stable capital after the unification of Egypt.

This is a pretty big deal in terms of historical significance. We have an ancient city whose existence is well attested in ancient times, but whose location remains a profound mystery.

I can’t imagine the amount of historical information that could come to light if its whereabouts were discovered. Thinis would offer unpreceded insight into the lives of ancient Egyptians during pre-dynastic times, and how the formation of ancient Egypt’s government occurred.

Based on the historical reference of where Thinis might have been located, it has been concluded that the first true capital of a unified Egypt may have been located on the shores of the Nile River, near present-day Girga or El-Birga. Egyptologists usually believe that Thinis was located at Girga. However, throughout the years, different locations have been suggested.

Even though Thinis remains lost to history, there is firm archeological evidence o population concentrations at the Abydos region dating back to around 4,000 BC. This would place Abydos and, therefore, Thinis as a social center already 6,000 years ago. Abydos is one of the oldest cities ever founded in Egypt, and one of its most important.

Its importance resides in the fact that the city was considered sacred and was a royal necropolis where Egypt’s pre-dynastic and early dynastic pharaohs were entombed.

Although one of the most important cities in ancient Egypt during the country’s unification, the city’s importance did not stand the test of time, and its importance may have been short-lived. Historical records place Thinis as the capital from 3,100 BC to 2686 BC when Memphis became capital. Memphis, also known as the city of white walls ( Inebu-hedj ), was the capital of Egypt from the Thrid to the Sixt Dynasty, from 2686 B.C. to 2181 B.C.

By the Third Dynasty of Egypt, Thinis lost its importance to Memphis. Despite this, the ancient city of Thinis remained an important regional center during the IV dynasty reign when Egypt’s greatest pyramids were built. By the fifth dynasty, Thinis became home to the Overseer of Upper Egypt.

As Thinis lost its importance after being stripped from the title as “capital of Egypt,” Abydos regained power and became the capital of this nome, further cementing the fall of Thinis, a city that would eventually “disappear” from history.

I find Thinis one of the most interesting cities in ancient Egypt for various reasons. First of all, it was the city where the first Pharaoh ruled. After Egypt was finally unified under one ruler, Thinis became the center of Egypt, and history was written there for at least two dynasties, and perhaps a bit more.

We know, based on ancient sources, that the city was also a wealthy one, and remained as such even after the capital was moved to Memphis, and even after Abydos became capital of the nome. Taxation likely played a huge role in the wealth accumulated by Thinis.

As I have revealed in previous articles, taxation, as we know today, was invented in ancient Egypt, even before the unification of the kingdom;

Egypt was not only the first centralized state in the world; it also inaugurated one of the inescapable practices of citizens at all times and places: paying taxes. Since the fourth millennium B.C., small-scale tariffs were collected within the geographic limits of the predynastic kingdoms of Upper Egypt, such as Abydos, Nagada, and Hierakonpolis, which essentially places the origin of Taxation in predynastic Egyptian times.

Compared to other cities such as Abydos, Naqada, and Hierakonpolis, Thinis only paid a third of the tax.

The importance of Thinis is not only attested in historical accounts of pre-dynastic and early dynastic times, but also in various spells. Examples can be found in the Book of Going Forthy by Day, where Spell 18 mentions the city in a religious context;” O Thoth who didst vindicate Osiris against his enemies, vindicate (Name) against his enemies in the great Council that is in Abydos on this night of the h3kr-feast (at) the counting of the dead, at the stocktaking of the Blessed, when dancing took place at Tjeni(the ancient Egyptian name for Thinis).”