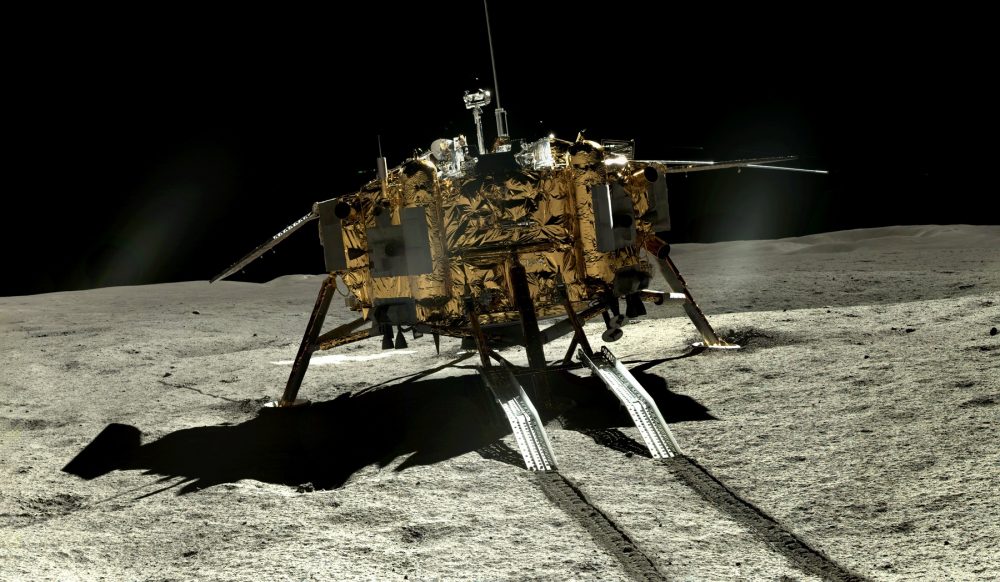 Here is a collection of never-before-seen HD images of the Far Side of the Moon.

Ladies and gents, check out an unparalleled view of the surface of the far side of the Moon, thanks to the Chinse Chang’e 4 mission, currently exploring the most mysterious region of Earth’s faithful cosmic companion.

The Moon is an amazing place, and mankind is eager to explore it fully. Although we have landed on the Moon and even gathered samples that eventually were analyzed back on Earth, we know little about the far side of the Moon.

Little over a year, on January 3, 2019, the Chinese space agency made history as its Change’ 4 mission became the first spacecraft to successfully perform a soft landing on the far side of the Moon.

The Chang’ e 4 mission is composed of a lunar lander and a small rover called Yutu-2. Both the lander and the rover are tasked with exploring the far side of the Moon like no mission has ever done before.

The Chang’ e 4 mission is tasked to explore an ancient collision event on the far side of the Moon, within the so-called Aitken Basin on the Moon’s South Pole, about 13 kilometers deep. It is believed that the impactor was so powerful that it most likely exposed the lunar crust, as well as the mantle materials.

If Chang’s 4 manages to find and study these leftovers, scientists would have an unprecedented view of our Moon’s internal structure and origins.

In addition to the above, the Chinese mission is expected to study the chemical composition of several lunar rocks as well as the soil on the far side of the Moon. It will also measure the lunar surface temperature over the duration of the mission and carry out low-frequency radio astronomical observations using a radio telescope.

According to the Chinese Space Agency, the mission is also tasked with studying cosmic rays, and make observations of the solar corona, and investigate the radiation characteristics and mechanism.

However, in addition to gathering a plethora of important data about the surface, composition, and origins of the Moon, the Change’ 4 lander and the Yutu-2 rover have managed to snap a collection of incredible, high-resolution images of the far side of the Moon, allowing us to appreciate a never-before-seen landscape in unprecedented detail.

Marking the first anniversary since touching down on the far side of the Moon, the Chinese space agency has published a massive batch of data which includes high-resolution images of the Moon, taken by the Change’ 4 landers terrain camera and the panoramic camera onboard the Yutu-2 rover.

The new images of the Moon are the result of nearly a year worth of exploration of the lunar far side, where no previous mission has ever landed, let alone explored.

Instead, the Chinese Space Agency will see its new mission land on the near side of the Moon, where it plans to collect at least 2 kilograms of lunar samples and return them back to Earth for further studies.

If they manage to pull this off, it would make Chang’ e 5 the first mission to successfully bring back samples from the Moon since 1976. Chang’ e 5 is expected to land in a region that has never before been visited by either astronauts or spacecraft.

If the mission is successful, it will make China the third nation to bring lunar samples back to Earth, after the United States and Russia, and will also make Chang’ e 5 the world’s first lunar sample return mission in more than four decades.

Update January 2021; The Chinese Chang’ e 5 successfully landed on the lunar surface, recovered lunar materials, and managed to return them to Earth for further studies.

To see the remaining images of the recent data release, click here. These were converted by Twitter user Techinuqe Specials, and processed by Doug Ellison. To view the unconverted and unprocessed images snapped by the Chang’ e 4 mission, visit this link, which will take you to the website of the Chinese Lunar Exploration Program.