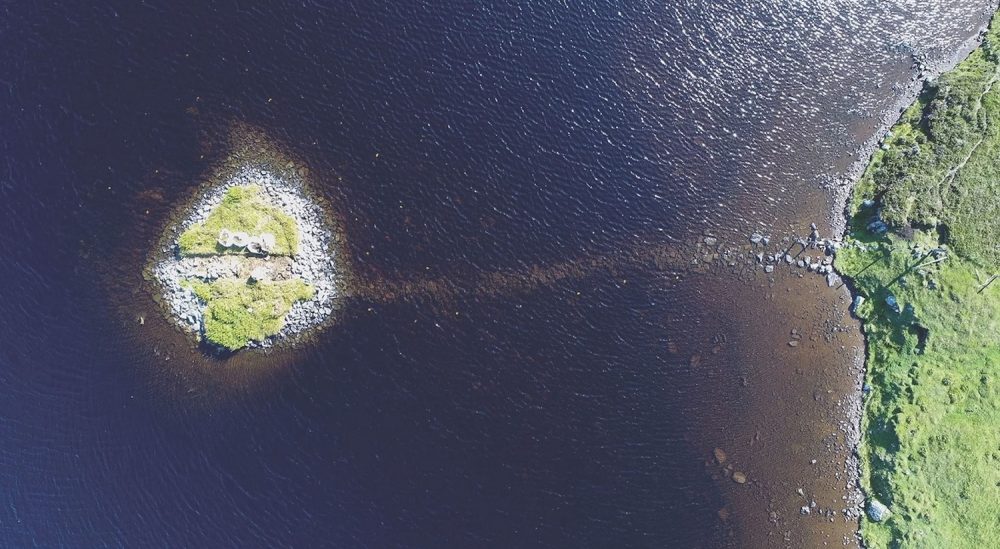 According to a recent study published in the journal Antiquity, hundreds of small islands located around Scotland did not arise in a natural way.

According to scientists, these small islets are artificially built structures crafted out of boulders, clay, and timbers, more than 5,600 years ago by Neolithic people.

For decades have scientists known that these miniature fake islands called ‘crannogs’ existed, but they did not know their exact age. It was assumed in the past that crannogs were constructed more recently, during the Iron Age, around 2,800 years ago.

But the new study argues that the small islands are much older than previously thought and that they were built in a special location to Neolithic people.

Divers exploring the immediate surroundings of the islands have discovered artifacts that indicate the location was of some importance to the ancients.

It was initially thought that the Scottish islets were created around 800 B.C. and some of them were reused in later history up until the 1700s.

But a few decades ago, it emerged that some of the islands may have been created much earlier in history.

Further evidence revealed gathered like ground and underwater surveys, as well as excavations, also pointed to the fact that the islets date back to the Neolithic.

So far, no Neolithic structures have been discovered on the islands, but not all of the crannogs have been properly cataloged, explored and excavated.

Divers did, however, find fragments of pottery and burnt pottery around the islets at Bhorgastail and Langabhat.

As noted by Live Science, the researchers believe the pottery was dropped into the lakes intentionally probably for ritual purposes.

There are nearly 600 islets in Scotland alone, but more of them are located in Ireland. Around 10 percent of the Scottish crannogs have been radiocarbon dated, which means that there could still be much older crannogs out there waiting to be explored.