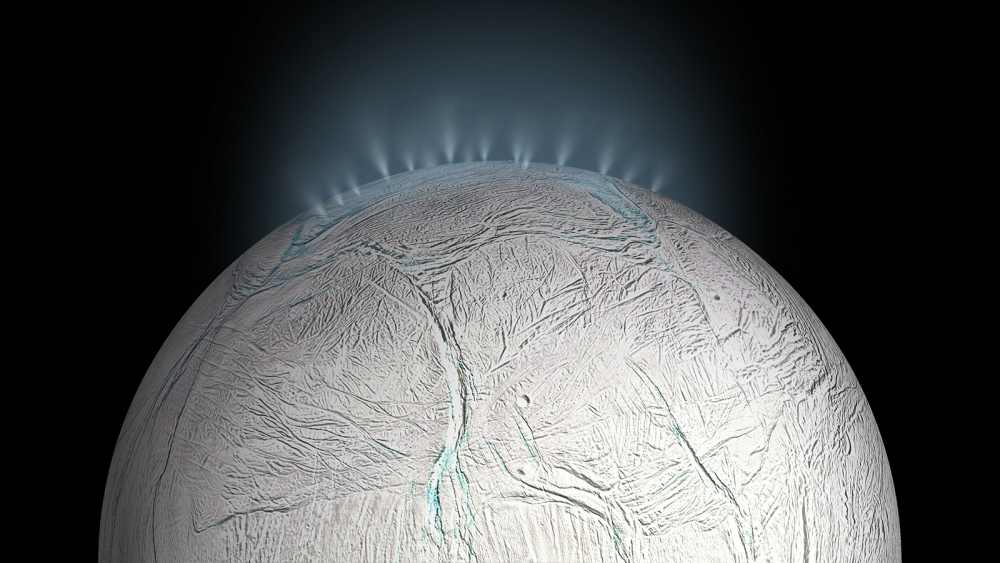 Decades ago, nobody would have believed that there was water on other planets. And yet, now we know that even the Solar System is filled with alien worlds that not only have oceans but are entirely covered with water. In most cases, this water exists in the form of underground oceans but it is there and exploring these worlds is one of the main tasks for planetary scientists.

A recent report, presented at the 52nd annual Lunar and Planetary Science Conference (LPSC 52) a few days ago, suggests that alien worlds with underground oceans could be better suited for life than Earth-like planets that have exposed oceans without a protective layer of ice or rock.

Planetary scientists S. Alan Stern, who presented the report, believes that underground oceans may provide better environmental stability for the formation of life because they are protected from external threats.

If we were to find signs of alien life, it is safe to say that the first place would have to be within our Solar System. Fortunately, there are several worlds with underground oceans that have already been selected as research targets. In light of this new theory, let’s discuss several alien worlds in the Solar Systems that have underground oceans that could potentially be habitable.

The most famous unearthly underground ocean is located on Jupiter’s moon, Europa. It is a small icy world with a radius four times smaller than that of the Earth. By the way, it is the smallest of the four Galilean moons of Jupiter.

Nevertheless, it is easy to see it through a small telescope, binoculars, or a camera with a telephoto lens – in the form of a star gradually changing its position relative to the gas giant. Europa is quite close to Jupiter, making one revolution around it in just 3.5 Earth days.

The oceans of Europe will surely appeal to fans of ice swimming – because of the too great distance from the Sun, the heat that the satellite’s surface receives is not enough to keep the water in a liquid state.

Therefore, the ocean is covered with a 15-25 km layer of ice, cooled to -170 degrees Celsius. But if you successfully drill through the crust, you will find a huge salty body of water more than a hundred kilometers deep. By the way, the volume of water in it is two to three times greater than in the world’s oceans of the Earth.

Scientists note that Europe has all the necessary components for life similar to that on Earth: liquid water, the energy of chemical reactions, and organic matter.

For lovers of geological exoticism, it will be interesting to visit another satellite of Jupiter – Ganymede. It is the largest satellite in the solar system – its diameter is only 2.5 times smaller than Earth’s. It is located a little further from Jupiter than Europa, but, according to scientists, the tidal action remains sufficient for the existence of the subglacial ocean. True, it will take much longer to drill the wormwood – a hundred kilometers.

But, according to the models of physicists from NASA’s Jet Propulsion Laboratory, Ganymede’s ocean can be multi-layered and very salty. The researchers explain that under these conditions, multiple layers of ice can exist. They differ only in the way water molecules are packed in them, but this affects the properties of these layers – for example, density.

The first mission to Ganymede is planned for 2022 – the Jupiter Iсy moons Explorer. It will explore Ganymede, Europa, and Callisto which is also believed to have an underground ocean.

Moving further from Earth, our next target is Titan, Saturn’s largest moon. Unlike Europa and Ganymede, Titan will delight you with a dense atmosphere, one and a half times denser than on Earth.

Titan is unique in that it is the only celestial body (besides the Earth), that has real liquid seas on the surface. True, it is worth warning right away – there is no water in them.

More importantly, the Cassini spacecraft has revealed the existence of a salty underground ocean beneath the surface of Titan. This makes the moon perhaps the most suitable alien world for life in the Solar System as it could potentially be habitable both on the surface and below it.

It is absolutely impossible not to mention Enceladus and its subglacial ocean. In the past few years, this satellite has attracted great attention. In 2005, “Cassini” discovered unusual emissions at its south pole – large-scale geysers, throwing water to a height of 250 kilometers. This was the first indication of the existence of a reservoir of water hidden under the ice.

After carefully analyzing the satellite’s orbital motion, the researchers found small wobbles. If Enceladus had been frozen down to the core, then nothing like this would have been observed. Based on such observations, scientists concluded that the satellite’s ocean is global: it covers its entire surface.

It is “protected” from us by a 20-kilometer layer of ice. At the same time, scientists already know where the ice is thinner – at the South Pole, next to the geysers. Judging by the release of heat, its thickness there does not exceed two kilometers. The depth of the ocean, according to scientists, reaches 45 kilometers – almost four times deeper than the Mariana Trench.

If you are ready for a long journey, then you should pay attention to the satellite system of Neptune – by the way, named after the ancient Roman god of the seas. The largest of them, Triton, according to scientists, may well have an ocean of liquid water hidden under a crust of ice.

In size, Triton is only slightly smaller than Jupiter’s Europa – it is the seventh-largest satellite in the solar system, in addition, it is the only large satellite with retrograde motion. In other words, if all the satellites revolve counterclockwise, then Triton revolves around Neptune clockwise. In addition, this is one of the few celestial bodies on which there are clear signs of geological activity – cryovolcanoes and nitrogen geysers.

The main evidence pointing to the seas of Triton is its surface, more precisely, the furrows on it. Based on a detailed analysis of a pair of such grooves, geologists estimated what this ocean could be. It turned out that the thickness of the ice layer on Triton can be from 15 to 30 kilometers, and the depth of the ocean itself can reach 20 kilometers. The source of heat that heats up the liquid is radiation from the decay of active isotopes in the minerals that make up the core of the satellite, as well as the tidal effect.

It is worth noting that the ocean itself is most likely composed of a solution of ammonia in water. Ammonia acts as an antifreeze here, allowing the ocean to remain liquid at minus 100 degrees Celsius.

There are other alien worlds in the Solar System that have shown signs of underground oceans and liquid water but the ones we discussed are the most important targets for research. NASA has plenty of missions planned to study each of these celestial objects although we would likely have to wait 10-20 years before we learn anything more. In the end, I believe that if there is life beyond Earth in the Solar System, we will find it.