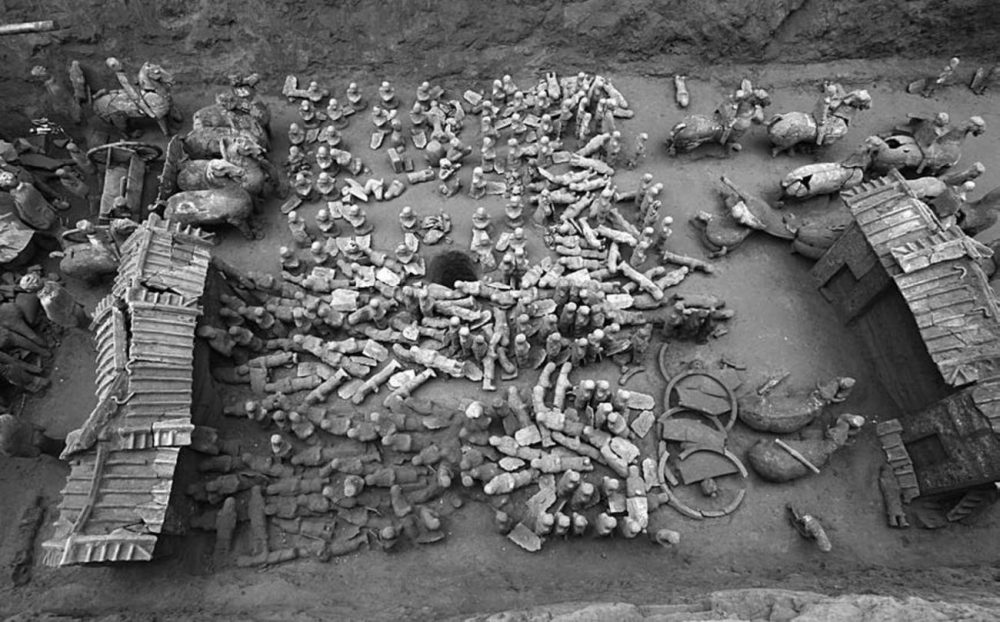 More than 300 Terracotta figurines have been found in a 2,100-Year-Old Pit in China.

Archeologists have discovered the remnants of yet another terracotta army in China. They are smaller than the warriors discovered in Xi’an, but the images are equally impressive.

A new army of terracotta warriors, with their armor, horses and a band of musicians was excavated in China, inside a 2,100-year-old pit.

In total there are more than 300 figures that closely resemble the 8,000 terracotta warriors that are part of the mausoleum of Emperor Qin Shi Huang, discovered in 1974 and part of the list of World Heritage of Humanity of UNESCO since 1987.

The new terracotta army is similar, yet entirely different from its larger counterpart.

The representations are smaller and archaeologists believe that they were made 2,100 years ago, a century later to the famous soldiers of Xi’an, according to an article published in Chinese Relics.

The discovery was made in a town near the Chinese city of Linzi, near the coast of the Yellow Sea.

Due to the location where the terracotta army was found, and based on its age,  experts think that they were built for Liu Hong, a prince of Qi (a part of ancient China), who was the son of Emperor Wu (reign 141–87 B.C.).

Pit, but no tomb?

While experts have discovered the pit, filled with terracotta army warriors, no tomb has yet been found.

However, experts note that the tomb of the prince may be located somewhere nearby.

If the pit and its ceramic army were meant to protect Liu Hong, or another senior royal family member, in the afterlife, then a tomb should be located nearby, the archaeologists wrote.

“There are possibly architectural remains or a path leading from the pit, but there is no way to explore the main burial chamber,” the researchers explained, saying that there is a chance that the tomb itself may have been destroyed a long time ago.