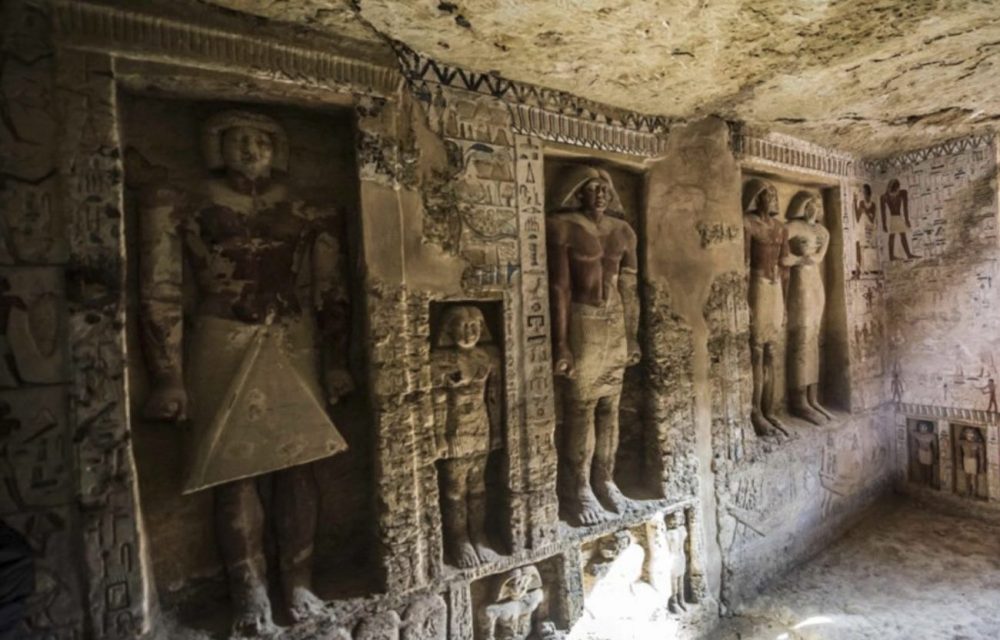 The discovery was made in the Saqqara Pyramid Complex.

An ancient tomb that has remained untouched for more than 4,400 years has been discovered in Egypt.

An ancient Egyptian Tomb, filled with incredible never-before-seen ancient statues and carvings has been excavated by archaeologists after remaining buried beneath the desert sand for more than 4,4000 years. 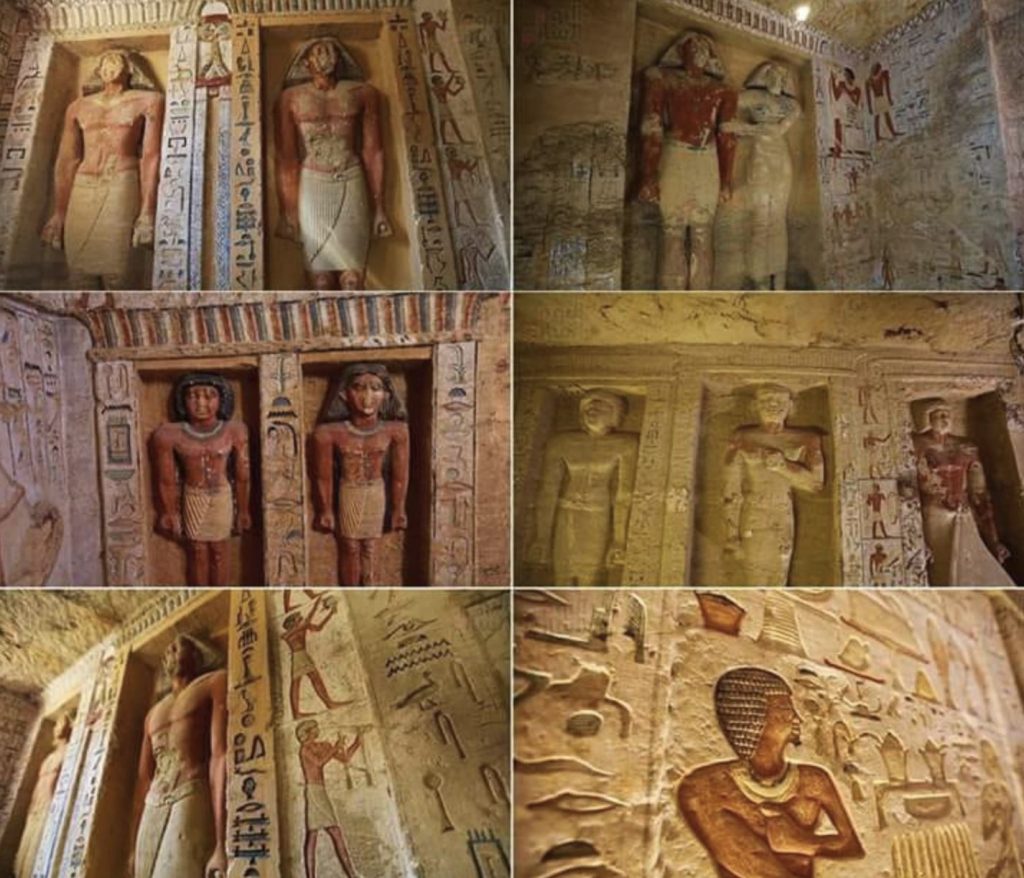 The discovery, revealed by the Ancient Egyptian Antiquities Ministry, was made near the city of Cairo, in the Saqqara Pyramid Complex. The tomb is believed to have belonged to the high priest of Royal purification.

The Tomb, home to colorful hieroglyphs as well as statues of the Pharaohs has been dubbed as a ‘one of a kind’ discovery by experts.

Among the many statues in the tomb, one of them is believed to depict its owner, a royal priest named Wahtye. 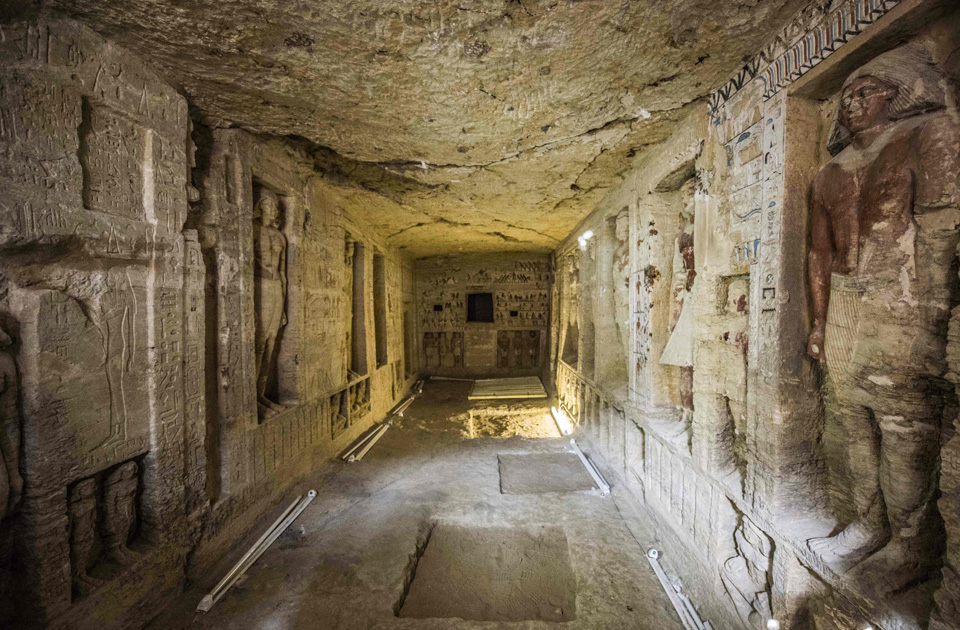 The discovery was announced at the ancient site, home to the famous Step Pyramid, by Antiquities Minister Khaled al-Anani.

Reports suggest that the drawings inside the tomb’s walls are  “exceptionally well-preserved”.

The eternal resting place of Wahtye also contained a total of 45 statues carved in the rock.

The head of the excavation, Mostafa Waziri, explained that other drawings inside the tomb showed wine and pottery making, musical performances, sailing, hunting, as well as the manufacture of funeral furniture.

Archaeological excavations at the site are still underway, and experts believed more discoveries will be made in the following days.

Archeologists have still not discovered the sarcophagus of the tomb’s owner, but they say that it is expected to come to light any day now.