The ancients were incredible builders.

Thousands of years ago, different civilizations across the globe built impressive, awe-inspiring structures. Some ancient builders like the Egyptians erected massive Pyramids using very limited technology that allowed them to quarry, transport and put supermassive blocks of stone into position.

In Asia, the ancients did the same as erecting massive pyramids that would later be covered in vegetation.

Halfway around the world, in modern-day Mexico, the ancients also erected Pyramids.

The Great Pyramid of Cholula, for example, is the largest pyramid ever erected on Earth. It is not the tallest, but in terms of volume and size, it’s so large that it has a place in the Guinness book of world records.

But the ancient builders did not only erect pyramids, and their engineering skills were beyond impressive.

The Curious Temples of America

They built massive temples. They built elegant temples. In fact, they erected structures that defy our understanding.

Look at Ollantaytambo, for example.

This ancient site, located in the Sacred Valley of south Peru, set on the Urubamba River amid snow-capped mountains, is one of the most mind-boggling, confusing sites ever found.

Located at an altitude of 2,792 m (9,160 ft) above sea level, it is here where ancient builders left traces of their incredible stonemasonry skills.

They quarried, transported, and manipulated massive stones, eventually building one of the most breathtaking ancient sites on Earth.

Some of the stones at Ollantaytambo weigh more than 70 tons. Thousands of years ago, without advanced technologies, the ancient builders managed to quarry the stones and transport them into position without the wheel.

We still don’t know how.

But the same thing can be found not far away in Bolivia.

There lay the ruins of Tiahuanaco and Puma Punku, two of the most thought-provoking sites on the planet.

Not only are Tiahuanaco and Puma Punku shrouded in mystery because of their history, but both sites are home to excellent examples of stone masonry.

There, we also find perfectly polished stones and massive blocks that defy our understanding of how the ancients manipulated rock thousands of years ago.

Sacsayhuaman is no exception.

At Sacsayhuaman, not only do we find supermassive blocks of stone that have been put into position fitting like a puzzle, but some of the surrounding quarries bare mysterious marks that have left experts baffled.

A perfect image of the stones at Sacsayhuaman giving us a real perception of their size.

The Stones found at Ollantaytambo, and Sacsayhuaman fit perfectly like a massive puzzle. But this feature is not unique to South America.

Similar techniques can be found in the land of the Pharaohs.

In Egypt, at the Khafre Valley Temple, we find similar stonemasonry.

Somehow, thousands of years ago, the Egyptians too managed to position massive stone blocks that challenge everything we know about them.

Some of the stones are fitted so perfectly that not a single sheet of paper can fit between them.

The ancients were skilled in several things. But they were exceptionally good at removing rocks, quarrying, and carving things.

The best example is perhaps the Kailasa Temple in India.

Built in the distant past, this entire temple complex was carved out of a mountain. The builders started from the top and made their way vertically, removing massive stones as they carved and sculpted one of the most impressive temples on Earth.

The construction of the temple required the removal of three million cubic feet of stone, weighing more than 200,000 tons. So tell me again, how ‘primitive’ were the ancients really?

In modern times, these types of projects are done using massive power machines, like massive saws. We have electricity; we have the technology which helps us quarry massive stones in record time.

The image below is an example of clean cuts left behind when modern equipment is used. 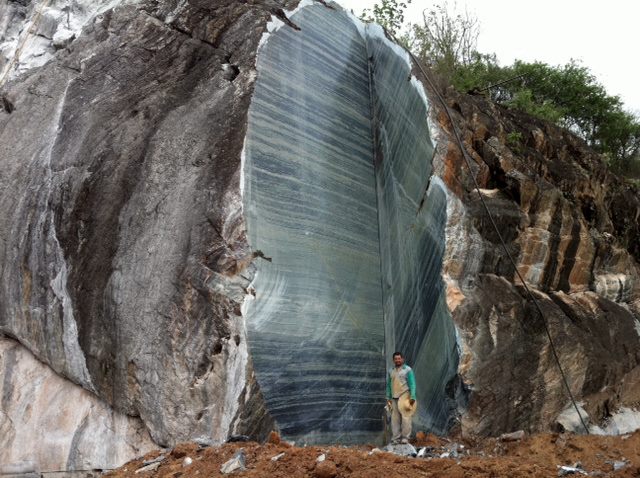 But check out these two images below to compare how the ancients quarried the stone thousands of years ago without any of the above-mentioned tools.

Incredible stonemasonry skills are found all across the globe.

In China, we also have the Dazu Rock Carvings, with carvings dating back as far as the 7th century AD, depicting and influenced by Buddhist, Confucian, and Taoist beliefs.

The earliest carvings were begun in 650 AD during the early Tang dynasty.

Here below, we have another example of ancient engineering. Ethiopia. 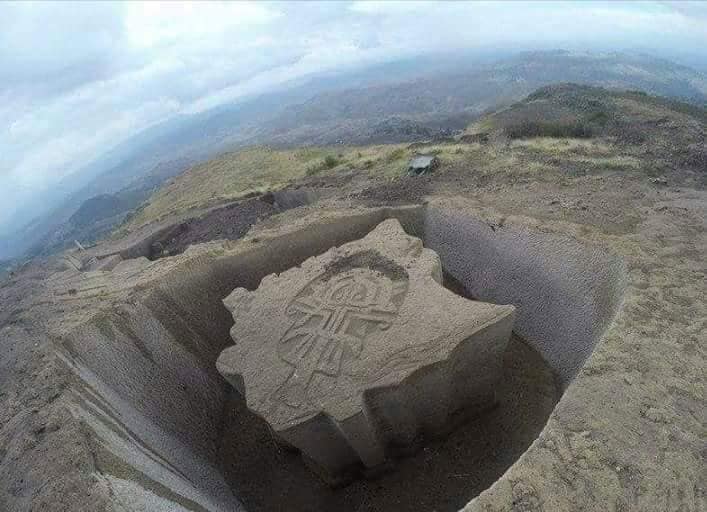