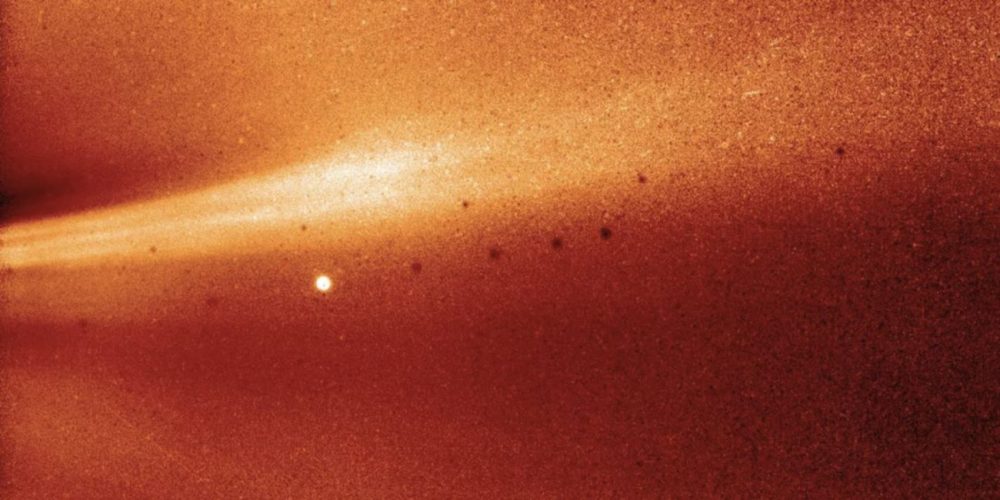 The spacecraft will come as close as 9.86 solar radii (6.9 million km or 4.3 million miles) from the center of the Sun.

This will allow scientists to study the coronal plasma and magnetic field’s structure and dynamics, expanding our understanding of the Sun.

The spacecraft’s mission is to probe and observe the outer corona of the Sun, and to do so, it will come as close as 9.86 solar radii (6.9 million km or 4.3 million miles) from the center of the Sun.

The first data from NASA’s Parker Solar Probe shows a more dynamic solar wind than observed from close to Earth.

In particular, scientists expect the full dataset— downlinked to Earth in May 2020 — to reveal dynamic structures, such as small coronal mass ejections and magnetic flux cords in their early stages of development, that cannot be seen with other observatories observing from further away.

Connecting structures like this, previously too small or too distant to see, with the solar wind and near-Earth measurements, can help scientists better understand how the solar wind changes throughout its lifetime and how its origins close to the Sun affect its behavior throughout the solar system.

“This period provides perfect conditions to trace the solar wind from the Sun to Earth and the planets,” said Giuliana de Toma, a solar scientist at the High Altitude Observatory in Boulder, Colorado, who led coordination among observatories for this observation campaign.

“It is a time when we can follow the solar wind more easily since we don’t have disturbances from the Sun.”

For decades, scientists have gathered observations during these periods of solar minimum. For each of the last three solar minimum periods, scientists combined observations from an ever-growing list of observatories in space and on the ground, hoping that the vast amount of data on the undisturbed solar wind would reveal new information on how it forms and evolves.

This particular campaign comprised a broader range of observations than ever: it covered not only the Sun and the effects on Earth but also the data collected on Mars and the nature of space throughout the solar system, all in concert with the fourth and closest solar flyby of the Parker Solar Probe.

In addition to the data gathered by the Parker Solar Probe, astronomers make use of detailed observations and data of the Sun and its atmosphere gathered by other spacecraft from NASA like the Solar Dynamics Observatory and the Solar and Terrestrial Relations Observatory.

Furthermore, the Solar and Terrestrial Relations Observatory, more popularly known as STEREO, has a unique view of the Sun from its vantage point about 78 degrees away from Earth.