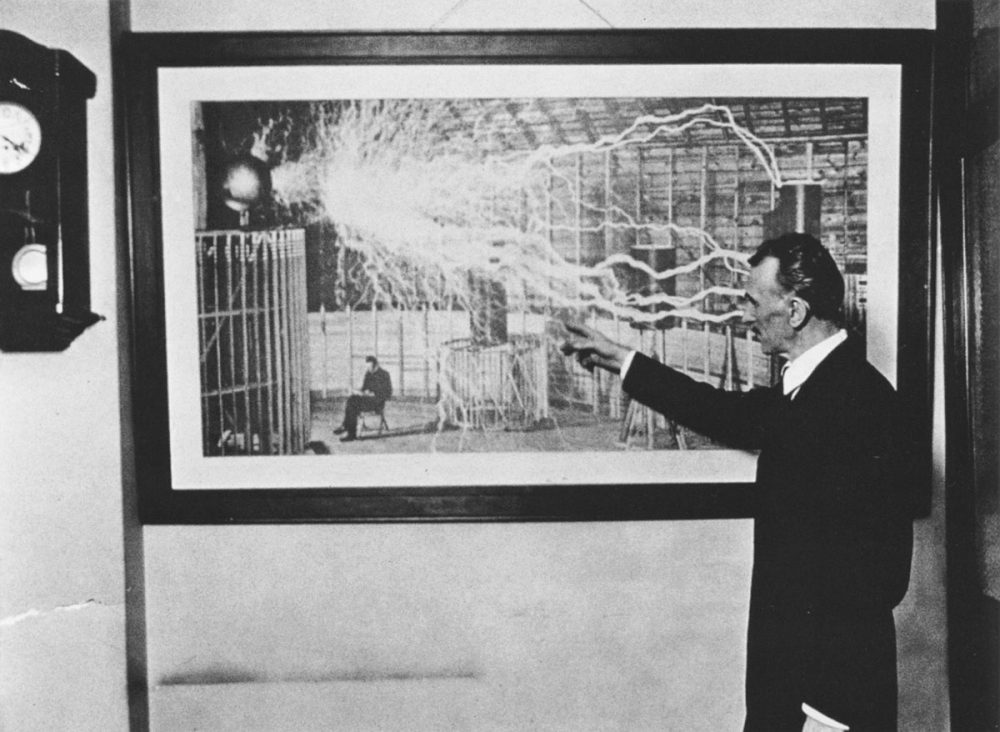 According to his biographers, he was born on a rainy summer night, just at the time when a thunderstorm was raging outside. Did this predetermine his fate?

On the night of July 10, 1856, Nikola Tesla was born in the village of Smiljan (then part of the Austrian Empire, and today in Croatia). His father was a priest serving in the local church.

In his childhood, little Nikola was encouraged to follow in his father’s footsteps, but he stubbornly refused to trust God and chose the path of science. To be fair, our world would have been completely different today if it were not for his decision to follow his dreams.

A little bit of history

In 1875, he went to Graz, where he began to study electrical engineering at the Technical University there. But he was misled by his adventurous nature – he accumulated gambling debts and was forced to leave the university.

He cut ties with his relatives, and many of his friends believed he drowned. After a series of non-permanent jobs, Nikola Tesla left for Budapest in 1880, and two years later found himself in Paris. There he started working for the local branch of the Continental Edison Company – a position that allowed him to gain a lot of experience in the field of electrical engineering.

In his spare time, he worked on creating an asynchronous electric motor. And in 1888, he managed to obtain patents for several of his developments in devices using electromagnetic fields.

Attracted by the rapid development of electrical engineering in the United States, in 1884, Nikola Tesla boarded an overseas ship and went to the land of unlimited possibilities. He carried a letter of recommendation written by Charles Bachelor and addressed to Thomas Edison himself. His recommendations allowed him to start working in the laboratory of the famous discoverer, but due to a financial dispute between the two a conflict arose and Tesla left.

Thus began the independent development of the genius of Nikola Tesla. If you look for information about him online, you will come across thousands of articles emphasizing the mysterious “forces and energies” he used in his “machines and whims.”

The truth is that his inventions and discoveries had a shocking effect on his contemporaries. Tesla was guided exclusively by his intuition and did not rely on mathematical calculations, but instead, on the experimental principle. The inventor claimed that he receives information about his mysterious machines and devices from “somewhere outside”, without specifying what he means. By the way, few take his statement for anything more than a joke. In a similar way, most people considered Nikola Tesla’s dreams as impossible and even crazy.

Nikola Tesla – a genius with dreams way ahead of their time

Nikola Tesla’s contribution to the development of the electrical industry is undeniable. Many of you have probably heard of the great controversy that Tesla and Edison are having. Contrary to popular belief, they were not “irreconcilable enemies”, but simply competing scientists and entrepreneurs.

Edison insisted that electrical networks should be based on DC machines, while Tesla was a supporter of AC machines. If you are wondering who won, it is enough to remember that in your home, the electricity is supplied with a frequency of 50 hertz (ie – not DC, but AC).

One of the rumors spread by conspiracy theorists is that Tesla invented and constructed a machine for earthquakes in his laboratory in Manhattan. However, Nikola Tesla’s biographers describe things as they really were. Yes, the inventor built the machine in his laboratory, but it did not cause earthquakes.

What frightened Mark Twain, to whom Tesla demonstrated his invention as the story goes, was actually a high-frequency generator. Under the platform on which the generator was located, another machine was working, with a piston and a cylinder, which was supposed to be another step in the more efficient production of electricity.

During the demonstration of the generator in front of Mark Twain, the piston in question created such vibrations that the shocked writer flew out of Tesla’s laboratory and … never set foot there again.

Although they seem strange and mystical, Tesla’s claims actually have a confirmation that each of us has observed many times. Take thunder, for example. Lightning is nothing more than “diluting a capacitor with a giant charge.” It is known that the energy released during even the most normal thunderstorm is equal to the equivalent energy released when an atomic bomb with a TNT equivalent of about 15 kilotons explodes.

On average, there are about 44,000 thunderstorms in a day in the world. Which makes about 1800 per hour, in other words, every 2 seconds somewhere on the globe lighting flashes. It turns out that every second, the ground is hit with energy equal to the explosion of 7-8 thousand tons of dynamite.

If you have to imagine it more figuratively, lightning releases twice as much energy per day than all mankind consumes per day. And all this enormous energy remains unused. For now. Perhaps, one day Nikola Tesla’s dreams will manifest in reality with the help of a new genius.

His contemporaries claimed that after his death the archive with his notes was confiscated by the special services. Many of his patents have been seized and classified by the US government, and some of his documents disappeared altogether.

However, the Tesla Museum in Belgrade currently holds 150,000 documents that came out of the hands of the great inventor, many of which have not been yet researched by specialists. Who knows, perhaps the secret of “extracting energy from the air, not oil” may be hidden somewhere in them – at least, according to Tesla’s words.