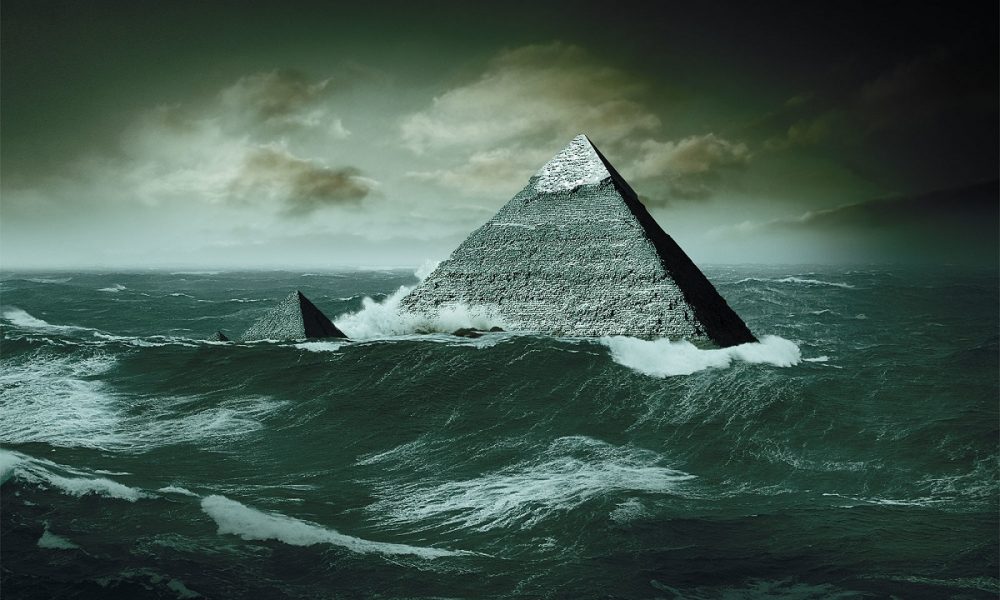 What if we have dated the Sphinx and pyramids wrong? What if, these ancient structures predate history as we know it?

The idea that the Pyramids and the Sphinx at the Giza plateau were submerged once under a large amount of water has troubled experts who have disputed the possibility for decades.

Scientists have argued with compelling evidence that the entire landscape at Giza, including the pyramids and the Sphinx, shows clear water erosion signs.

This has led several scholars to believe that the ancient necropolis was once submerged under the sea.

But where is the compelling evidence?

Other than water erosion marks clearly seen at the Sphinx and other parts of the plateau, is there anything else that could prove the landscape was submerged?

Archaeologist Sherif El Morsi, who has worked extensively on the Giza plateau for more than twenty years, and his colleague Antoine Gigal, discovered a strange fossil at the Giza plateau.

It backs up theories that the Pyramid, as well as the Sphinx, was once submerged underwater.

But Gigal and El Morsi were not the first to propose or study that the Giza plateau was submerged.

The pyramids and Sphinx submerged

Dr. Robert M. Schoch was one of the first experts to address the idea that the plateau’s ancient structures are far older than what mainstream scholars suggest and that the entire region was once submerged underwater.

Back in the early ’90s, Dr. Schoch proposed that the Great Sphinx of Giza was a structure that is thousands of years older than archaeologists currently accept and that it was created between 5,000 and 9,000 BC.

This theory was based on erosion patterns of water discovered at Giza’s monuments and the surrounding landscape.

El Morsi and his colleagues have been trying to prove that theory right by searching the Giza plateau for clues that may reveal the monuments’ true nature.

And their search for answers eventually culminated in a discovery that many suggest is conclusive evidence of a submerged Giza plateau.

During one of their studies of the area, and as researchers analyzed and documented erosion marks of the monuments at Giza, they discovered a fossil.

“During one of the documentations of the ancient coastline, I almost tripped with a block of the second level of a temple,” explained Mr. El Morsi in an article published on the website Gigal Research.

“To my surprise, the bump on the top surface of the block that almost tripped me was, in fact, an exoskeleton of a fossil of what appears to be an echinoid (sea urchin) which are marine creatures that live in relatively shallow waters.”

The evidence led El Morsi and his colleagues to propose that the Giza plateau was flooded in the distant past by a surge.

In particular, they focused on the temple site of Menkare, which they argue may have been a former lagoon when water levels covered the entire Necropolis, including the Great Sphinx, as well as the temple complexes that surround it.

Despite discovering the unique fossil, not everyone was convinced the artifact is compelling evidence of a flooded Giza plateau.

Skeptics argue that the echinoid found on the limestone was exposed by erosion, and the fossilized creature was, in fact, part of the original limestone, formed around 30 million years ago.

“We can clearly see the pristine condition and the details of the perforations of the exoskeleton; this means that the sea creature must have been petrified in recent times.” El Morsi explained.

The researcher notes that besides, the plateau’s flooding was quite significant, peaking up to seventy-five meters above current sea levels.

This produced a coastline that most likely spanned up to the Khafre enclosure near the Great Sphinx and Menkare’s temple.

But the evidence is there, argues El Morsi. We only have to look at the monuments and surrounding blocks, which show clear erosion marks produced by tidal waves, suggesting that an intertidal zone of about two meters existed in the past.

But if water levels were so high, and the Giza plateau was flooded, how long ago did this occur?

According to researchers, providing an exact timeline is difficult since, in the last 100,000 thousand years, sea levels in the region are thought to have fluctuated by more than 120 meters.

Both El Morsi and Gigal are the founders of a project called ‘Giza for Humanity.’