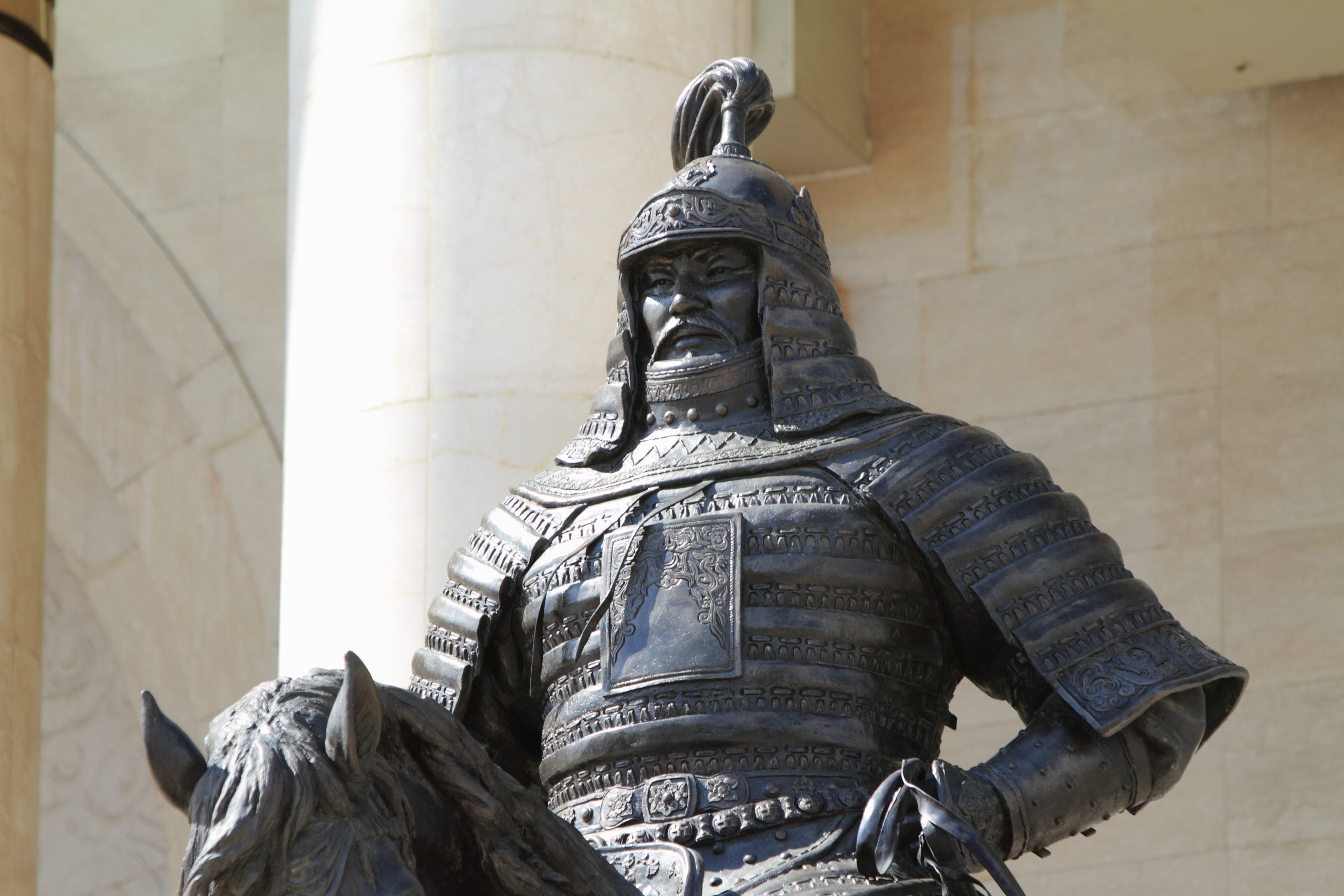 Life Facts, Strange Policies and Unsolved Mysteries for the Most Controversial Figure in Asian History .

Genghis Khan (May 1, 1162 – August 25, 1227) was the creator of the Mongol Empire and, therefore, the first Great Khan (Emperor). He put together the powerful entity that became the largest contiguous empire in history. Khan managed to build the foundation which would prevail in the eastern part of the world, even after his death.

There are extensive historical and academic sources about Genghis Khan as the universal Mongol leader and creator. Nonetheless, one cannot find too much information in articles and statements that aren’t generally mentioned.

With such a massive array of historical sources, reading between the lines and finding out facts that aren’t talked about enough seems like a difficult task. So we will make it easy for you.

The following analysis considers multiple sources that the broader historical public doesn’t consider. The aim is to write an article stating the ten craziest facts about the life of Genghis Khan so that you know all the sides of the Mongol creator’s story.

But, enough of the general introduction. Let’s get straight to the article.

1. Genghis Is Not His Real Name

One of the most widely known names in the history of the world isn’t the leader’s real name. The politician we know as Genghis Khan was born Temüjin. In English, sometimes it’s also written as Temuchin.

The leader got honored with the name of Genghis only in 1206 when he also received the Mongolian leader’s title. What might even be a more interesting fact here is that historians have yet to find out the reasoning and the origin behind the name Genghis. In a plain translation, it means ‘ocean,’ and one could reasonably state that it transforms into being the universal leader. But either way, it remains a fantastic fact.

2. No One Knows How He Looked

Throughout history, we have seen depictions of Khan showing he had a broad face, a great mustache, and an elegant goatee. However, this description comes as a portrait from someone who never knew or met Genghis Khan.

Rashid al-Din was the 14th-century Persian chronicler who claimed that this was the most accurate portrait of Khan. Still, there are no contemporary portraits, sculptures, and information from historians which can back this claim.

3. Genghis Khan Had a Rough Childhood

Although this isn’t a fact that cannot be easily found in historical sources, it’s more of an underrated event that people don’t talk about. For example, Genghis Khan had such a success when unifying the Mongolian tribes because he had grown up in one of them.

He had witnessed the brutality of life on the Mongolian Steppe. How? People poisoned his father, rival clans abducted him and his young wife, and he lived with the risk of being killed everywhere. These events led to unfortunate circumstances, such as Temüjin killing his brother. However, they were a catalyst for his ruthless political spirit as a leader in the Mongol empire, as stated below.

A section going into more detail about his political rulership starts with a peculiarly strange fact about his reign. As the first emperor of the Mongols, aiming at building a massive empire, he always was searching for the best talent and the most skillful officers.

He had followed this agenda even if previous rivals were eligible to be Mongol officials. And if you don’t believe any of this stuff, please pay attention to the following point, which is the best example of this aspect of Genghis Khan’s reign.

One prime example was when his horse was shot with an arrow by a warrior from the rival Taint tribe in a battle of 1201.

When he later held the warriors in captivity and asked everyone, the shooter admitted that he was the one. Genghis Khan admired his brave spirit and gave him a spot in the Mongol army.

The shooter, also known as ‘Jebe,’ became one of the best Mongolian field commanders.

What does that mean? After his death, he ‘never left a score unsettled.’ On the contrary, he always gave the rival kingdoms a chance to agree and peacefully submit themselves to Mongolian rule.

Still, he never left a battle or a war without taking his revenge.

Most of the posthumously honored leaders might have left a battle open or might have been killed in the war against a strong rival. Not Genghis Khan. Throughout his life, he always managed to punish everyone who either didn’t comply with the choice he provided or who violated the peace agreement with the Mongols.

7. He Killed Upwards of 40 Million People

Considering the last point, it’s reasonably easy to understand why that happened. While it’s impossible to exactly know the number of deaths during the entire expeditions and the Mongol conquests of the Mongol empire, historians have stated around 40 million people.

We are fully aware of what you’re thinking right now. How could such a ruthless individual be such a contradicting personality when respecting former enemies and other religions? We don’t even have the answer to that one. This is why it’s such a crazy fact.

Genghis Khan showed the spirit of a ruthless ruler but, at the same time, showed great respect to the people he held in captivity.

He declared religious freedom for all and the protection of places of worship, regardless of the religion they were worshipping. He had a liberal attitude towards religion and a system that respected Nestorian Christians, Buddhists, Muslims, and other animistic traditions.

9. Justice Was His Primary Political Purpose

Genghis Khan might not have known about his peaceful approach as a leader or his patience regarding rivals’ decisions. Still, he was working towards the ultimate justice of the Mongolian empire.

He was loyal to the entity he had built, but justice was a virtue he had wanted to attain since his early years within the family and his tribe.

This was a big part of his ruling capabilities. Along with his wisdom, he managed to win the hearts of numerous Mongolian tribes, unifying the entire region of Eastern Asia.

All the accounts underline the most important details regarding his reign and political rulership. However, the end of his life remains a mystery up until this day. Some historians claim that he fell from a horse during a battle around 1227. Other sources believe that he died due to malaria.

More interestingly, the Khan made great efforts to keep his final resting a secret. The tomb is around a Mongolian mountaineer entitled Burkhan Khaldun. Still, the precise location is unknown. Additionally, there’s no inscription close to giving any valuable information. A bizarre fact considering existing clear inscriptions from people in ancient history and nearly two millennia before Genghis’ existence.

Jagchid, Sechin (1979). “The Mongol Khans and Chinese Buddhism and Taoism”. The Journal of the International Association of Buddhist Studies. 2 (1): 7–28.