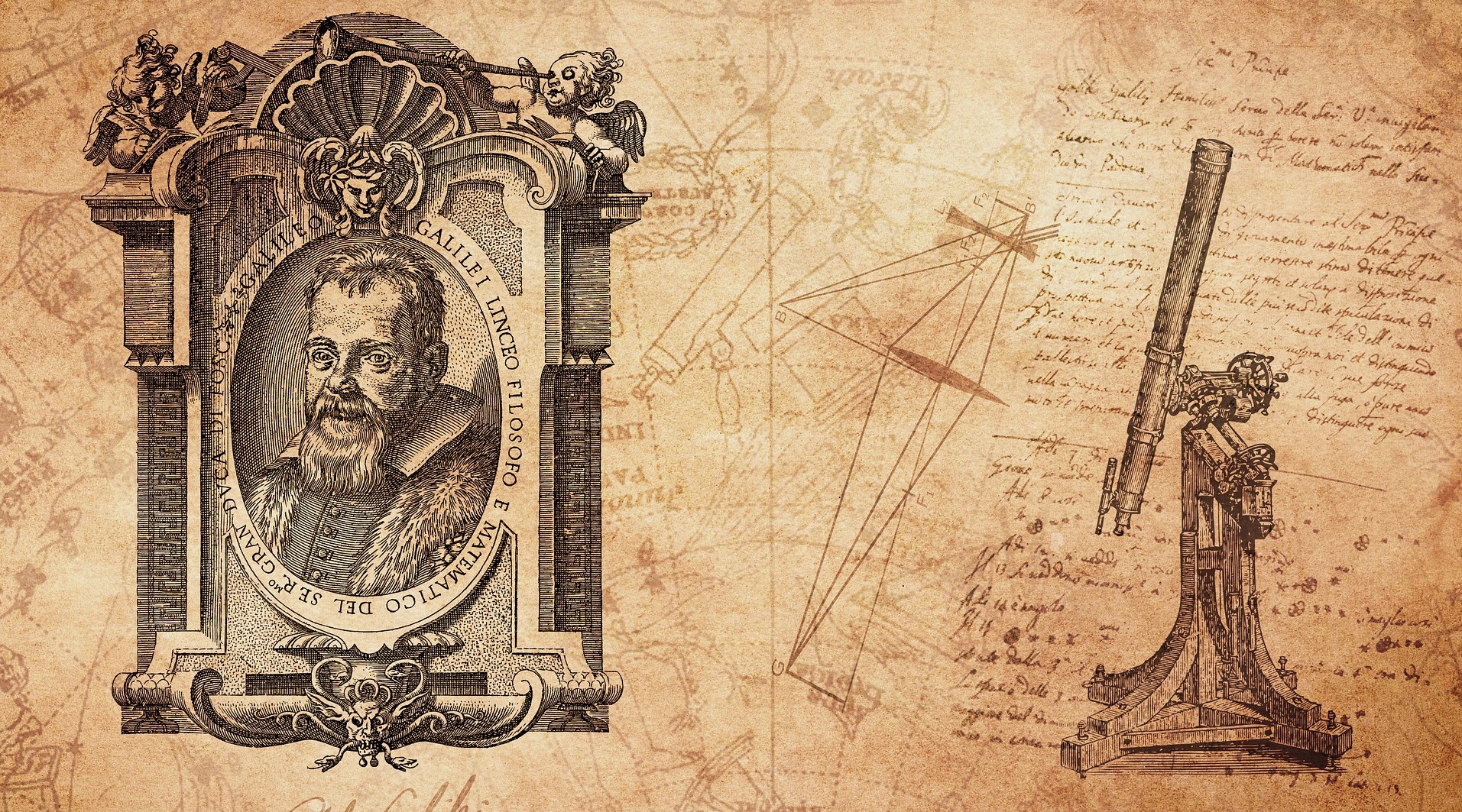 February 15 is the annual Galileo Day.

Galileo’s theoretical and experimental studies of the motion of bodies, together with the work of Johannes Kepler and Rene Descartes, laid the foundations of classical mechanics, developed a little later by Isaac Newton. Galileo was one of the first European scientists to conduct extensive experiments and seek mathematical expression of natural laws.

First Real Map of the Moon

People have been observing the Moon and trying to study its spots for thousands of years, but only very recently they began to make lunar maps or give names to the details of the relief. 413 years ago, on November 30, 1609, Galileo Galilei made the first sketches of the lunar surface from telescope observations – what he did is considered the first “real” map of the lunar surface in history.

Previous sketches “by eye” were too inaccurate. In 2021, there were claims that another researcher sketched the Moon earlier but Galilei remains the official holder of this achievement.

On the night of January 7, 1610, the Italian scientist and astronomer Galileo Galilei made one of the first great discoveries in astronomy. On this day, he directed his invention, which he called a telescope, towards the location of the celestial sphere, where at that time was the giant of the solar system – the planet Jupiter. With the 32-fold magnification of his telescope, Galileo discovered Jupiter’s four largest moons. Today these satellites are called Galilean.

At the same time, another scientist, the German astronomer Simon Marius (1573-1624), also discovered Jupiter’s four major moons. He gave them the names with which they are recognizable today – Io, Europa, Ganymede, and Callisto.

It so happens that for history Galileo Galilei is the discoverer of satellites, and their “godfather” is Simon Marius, who gave them the names of characters from Greek mythology.

The facts are indisputable – Galileo was the first to announce his discovery to the world, while Marius wrote his work Mundus Iovialis only in 1614. The German astronomer also boasts of being the discoverer of the nearest galaxy, Andromeda, but he is not a leader in this – Arab astronomers knew of its existence long before him.

Galileo also discovered the cyclical nature of the species of Venus, resembling the lunar phases. According to the heliocentric system proposed by Copernicus, all phases should be observed, because the movement of Venus around the Sun would turn the Earth to its illuminated side when it is on the opposite side of the Sun, and its dark side when it is between the Earth. and the Sun.

According to the geocentric model, a full phase should not be observed, as Venus always remains between the Sun and the Earth. Galileo’s observations support, although not unequivocally, the heliocentric system.

Galileo’s observations also showed that the Milky Way, previously thought to be a nebula, is a multitude of stars clustered so densely that they look like clouds seen from Earth. He also discovered many other stars too distant to be observed with the naked eye.

The existence of sunspots was known long before Galileo: for example, spots are mentioned in the writings of Theophrastus of Athens (4th century BC), and the oldest known drawing of sunspots was made on December 8, 1128, by John of Worcester.

In the first decade of the 17th century, the Italian scientist Galileo Galilei and the German astronomer and mechanic Christoph Scheiner, approximately simultaneously and independently of each other, improved the spyglass (or telescope) invented several years earlier and created on its basis a helioscope – a device that allows you to observe the Sun by projecting his picture on the wall.

In these images, they found details that could be mistaken for wall defects if they did not move with the image – small spots that dot the surface of the ideal (and partly divine) central celestial body – the Sun.

In addition to astronomy, Galileo also made discoveries in mechanics and physics: he established and confirmed many laws that later formed the basis of modern sciences (in particular, the laws of fall and flight of a body, inertia, the principle of relativity), and also formulated the calculation formula for the oscillation of pendulums.

He talked a lot about philosophy and mathematics. And according to his reasoning, he established theories close to the theory of probability. In addition, the researcher was the author of many scientific treatises on numbers. Alas, his contemporaries could not fully appreciate the aspirations and discoveries of the scientist. And only later will people be able to look at these conclusions in a new way.

Galileo designed the world’s first pendulum clock in the last year of his life, but he died before he could complete it.

When Galileo tried to design a pendulum clock, he had in mind precisely the problem of determining longitude. Scientists have known since the 1500s that the problem can be solved with very precise clocks. The navigator could set the clock at the port of departure and go to sea with home time.

To determine the ship’s longitude as it sailed east or west, the navigator could check the clock at the exact moment of local noon (when the sun is highest in the sky). Since the Earth completes a rotation (360 degrees) in 24 hours, each hour of the discrepancy between local and home time corresponds to a 15-degree difference in longitude.

However, in terms of distance, 15 degrees at the equator means a whopping thousand miles. Therefore, in order for such a scheme to get the ship to the right place with an allowable error of several miles, The accuracy of the clock had to be a few seconds a day.

And this accuracy needed to be maintained in rough oceans, with sharp fluctuations in air pressure and temperature, in conditions of salinity and humidity – factors that can lead to rusting of the watch mechanism, stretching of the springs, thickening of the grease, which could speed up, slow down or even stop their movement.

Galileo died before he could construct a clock that could be used to determine longitude. The first working pendulum clocks appeared fifteen years later – they were invented by the Dutch mathematician and physicist Christiaan Huygens.