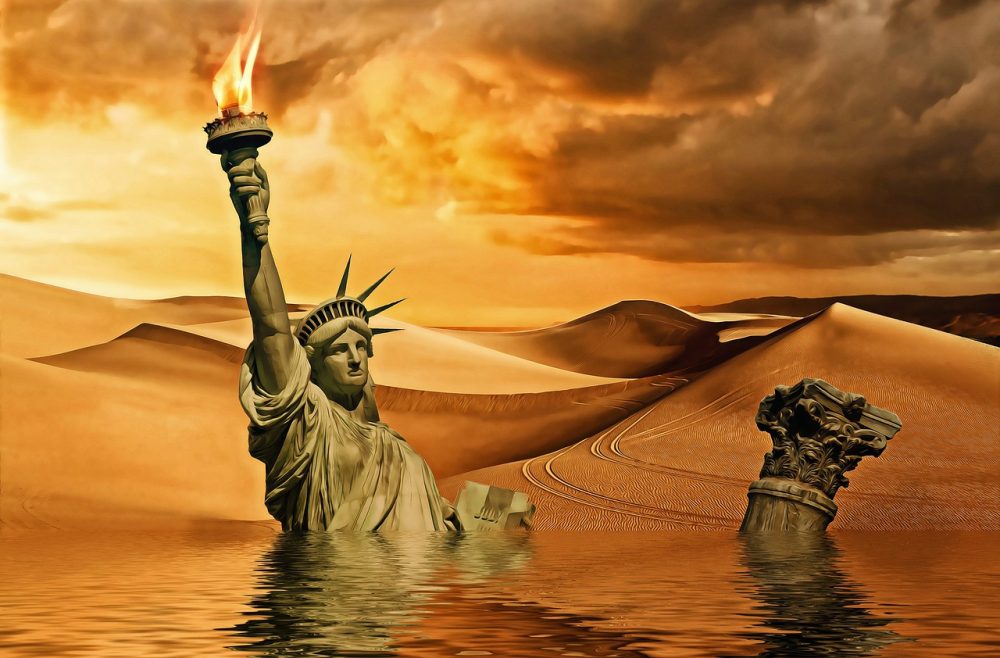 When you think about the end of times, what comes to mind first? Do you see humanity becoming extinct because of nuclear weapons and catastrophic wars? Will Artificial intelligence take over and exterminate us all like in Hollywood movies? Or will Global Warming cause Earth to become inhospitable, causing the extinction of the planet?

This article brings you the nine most likely ways humanity could be wiped out, according to the Swedish non-profit Global Challenges Foundation.

Global Catastrophic Risks report is based on scientific data and research as well as contributions by numerous academic experts that have come together to “create a deeper understanding of catastrophic risk, and thereby to spark a discussion of how the management of such risks can be developed and improved.”

The report aims to incite a deeper understanding of global risks and promote greater discussion on how they are collectively managed.

Although the probability of global nuclear warfare is estimated to be at around 1 percent, even one detonation of a Nuclear Weapon could annihilate between 80 to 95 percent of the people living within a 4-kilometer radius of the impact zone.

According to the report,  the largest arsenals are currently held by the US and Russia, which control approximately 7,000 warheads each.

Experts warn that In addition to their destructive effect at the point of impact, nuclear explosions may cause what is known as a ‘nuclear winter.’

Biological and chemical warfare are listed as another threat to humankind which, unlike nuclear weapons which require rare materials and complex engineering, can be developed at a
comparatively low cost, according to the report.

Global Temperature increase ranging from 1°C to 3°C would
have severe consequences, with potentially devastating effects on the environment and human societies, scientists explain.  Global
climate models indicate that even in a <2°C scenario, the most intense tropical cyclones become more frequent and intense.

As experts explain, our planet’s ecosystems are the foundation for human life, which perform various functions without which human societies and economies could not operate at their current level. If we continue pushing ecosystems beyond their tipping point, we could diminish our planet’s biodiversity, which could lead to lesser freshwater supplies, which would, in turn,n cause our agricultural capacity to plummet.

Scientists explain that during the 5th and 14th century, Plague epidemics spread internationally and killed approximately 15% of the global population over the course of a few decades. The global spread of diseases can be extremely lethal and hard to control.

During 165-180, the Antonine Plague outbreak lasted for 15 years, killing an estimated 5 million people.

The COVID-19 pandemic has caused a catastrophic impact on society globally in 2020.

Around 65 million years ago, an asteroid of about 10km in diameter struck Chicxulub in Mexico, causing what is considered one of the largest mass extinction in our planet’s history, abruptly bringing an end to dinosaurs. While such impacts are unlikely, it is not impossible. The reports explain that large asteroids still exist in orbits near the Earth’s, and the impact of an asteroid bigger than 1 km in size would eject enough particles
into the atmosphere to dim the sun for several months.

One of the most violent volcanic eruptions occurred some 74,000 years ago when the Toa supervolcano set all ‘hell loose.’

The eruption ejected billions of tonnes of dust and sulfates into the atmosphere.

Experts estimate that it caused global cooling of 3-5°C for several years and led to a devastating loss of plant and animal life. Given our current technology and understanding of supervolcanoes, we cannot anticipate volcanic eruptions beyond a few weeks or months in advance.

While not necessarily a bad thing, solar engineering aims at reflecting light and heat from the sun into space with the aid of aerosols and other particles in hopes of cooling down the planet. However, solar engineering only exists in computer models, and we don’t yet understand the risks or potential benefits that well.

Such technology has the ability to destabilize local as well as global climates and could result in an uncontrollable, “rapid and severe global warming.”

Artificial intelligence has been on the rise for quite a few years. There is a high probability that these systems may surpass humans in broader domains in the coming decades.

The danger of entities more intelligent than us can be understood by considering the power we humans have drawn from being the smartest creatures on the planet.