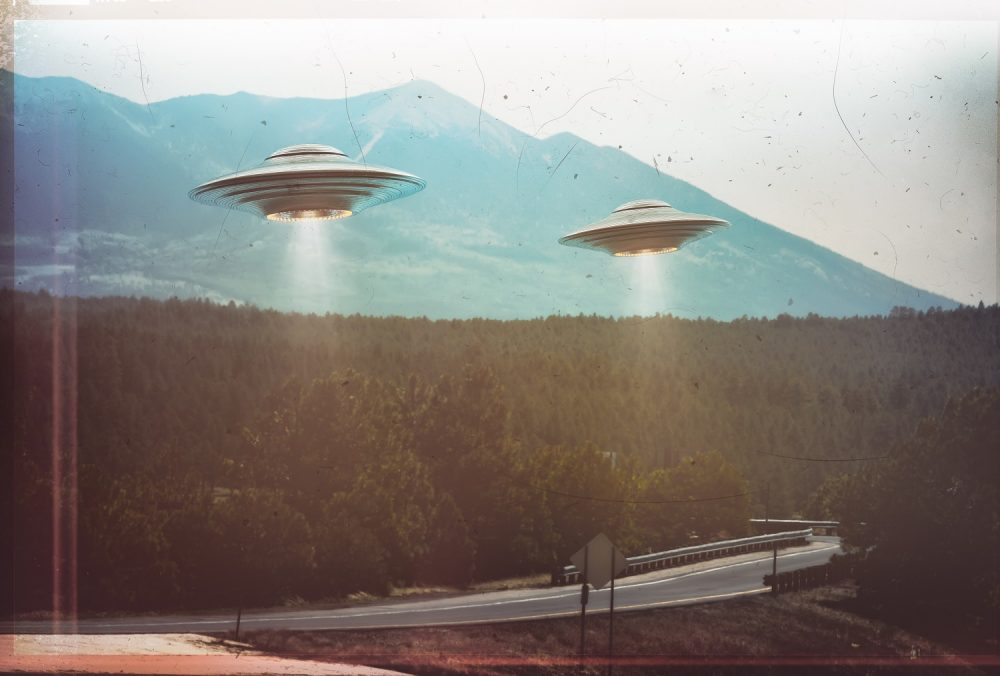 Here's a Compilation of Quotes About UFO's in the Wake of a Global UFO Fever.

People have observed mysterious things in the sky since even before history was written. Strange lights, ‘falling stars’ comets, asteroids and other inexplicable things have been observed across the world since mankind has existed on Earth.

But as mankind evolved, learned, and became more aware of our place in the universe, we have been questioning what if we are not alone out there?

What if, for some crazy reason, Earth has been visited by beings that come from distant alien planets?

What if we are not alone?

This question has been around for quite some time, but we have still not been able to answer it.

We have, however, seen things in the sky that have aroused our imagination making us wonder if UFOs originate not from Earth.

And while the entire planet has apparently been taken over by numerous, various, if not countless articles on UFOs, we have decided to dig back in history and try and look for some of the most interesting quote son UFOs, coming from astronauts, military, and government officials.

And we have found quite a few.

A quote from Admiral Roscoe Hillenkoetter, first Director of the CIA (1947-1950) perhaps explains best that UFOs are something the government has been interested in for more than 50 years.

“Unknown objects are operating under intelligent control…It is imperative that we learn where UFOs come from and what their purpose is.” (Source: Maccabee, Bruce, “What The Admiral Knew: UFO, MJ-12 and R. Hillenkoetter,” International UFO Reporter, Nov/Dec. 1986.)

The Military has dealt with UFO sightings for quite some time now. One interesting quote about the phenomenon comes from Lionel M. Chassin, General of the French Air Forces:

“The number of thoughtful, intelligent, educated people in full possession of their faculties who have ‘seen something’ and described it grows every day…We can…say categorically that mysterious objects have indeed appeared and continue to appear in the sky that surrounds us… (they) unmistakably suggest a systematic aerial exploration and cannot be the result of chance. It indicates the purpose and intelligent action.”

A NASA Information sheet dating back to February 1, 1978 reads:

U.S. Department of Defense: “Reports of Unidentified Objects entering United States Air Space are of interest to the Military as a regular part of defense surveillance.” 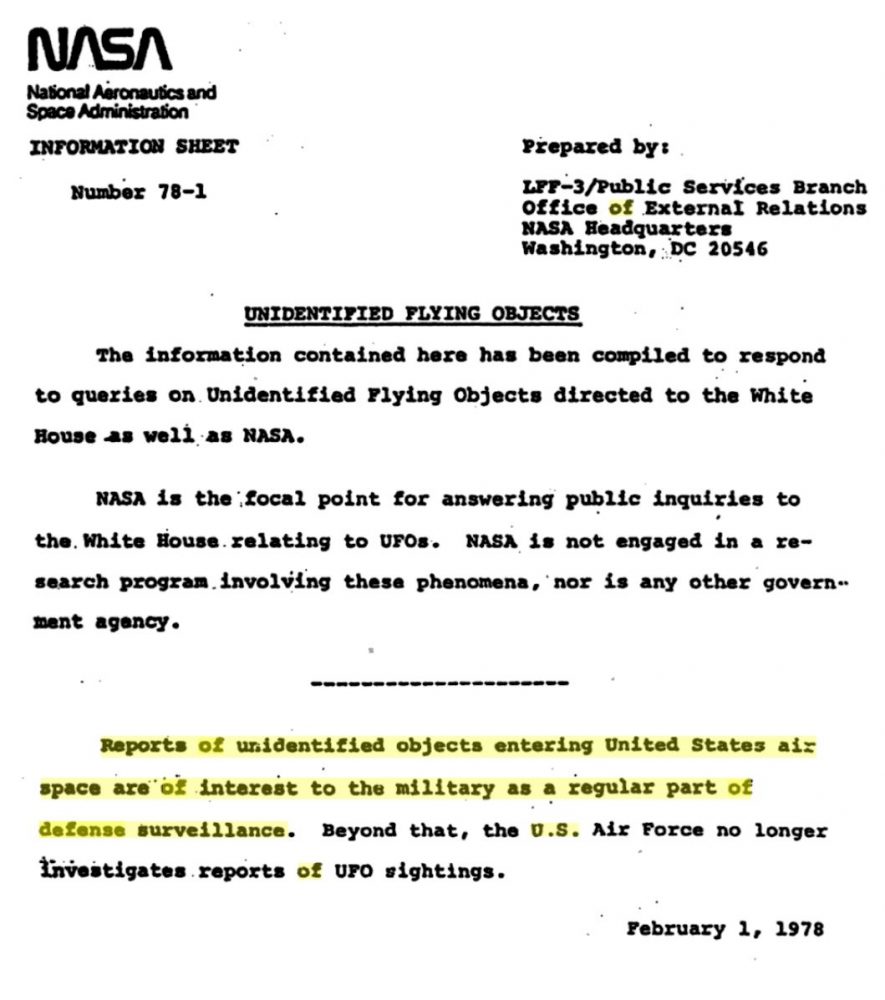 “I’ve been asked about UFOs and I’ve said publicly I thought they were somebody else, some other civilization.”

Dr. Brian O’Leary, Former NASA Astronaut, and Princeton Physics Professor is another man who has not been reserved when asked about UFOs. He too has revealed a lot about UFOs and believes there’s more than enough evidence already.

“There is abundant evidence that we are being contacted, that civilizations have been monitoring us for a very long time. That their appearance is bizarre from any type of traditional materialistic western point of view. That these visitors use the technologies of consciousness, they use toroids, they use co-rotating magnetic disks for their propulsion systems, which seems to be a common denominator of the UFO phenomenon.”

Another interesting quote comes from Major-General Pavel Popovich, a Cosmonaut and ‘Hero of the Soviet Union.

Popovich said, during the MUFON 1992 International UFO Symposium Proceedings that:

“Today it can be stated with a high degree of confidence that observed manifestation of UFOs is no longer confined to the modern picture of the world… The historical evidence of the phenomenon allows us to hypothesize that ever since mankind has been co-existing with this extraordinary substance, it has manifested a high level of intelligence and technology. The UFO sightings have become a constant component of human activity and require a serious global study. The scientific study of the UFO phenomenon should take place in the mids of other sciences dealing with man and the world.”

Pilots have been seeing strange things in the sky since mankind conquered the sky. Representative Jerry L. Pettis sated in 1968, during the House Committee on Science and Astronautics UFO Hearings:

“Having spent a great deal of my life in the air, as a pilot, I know that many pilots have seen phenomena that they could not explain. These men, most of whom have talked to me, have been very reticent to talk about this publicly, because of the ridicule that they were afraid would be heaped upon them. However, there is a phenomenon here that isn’t explained.”