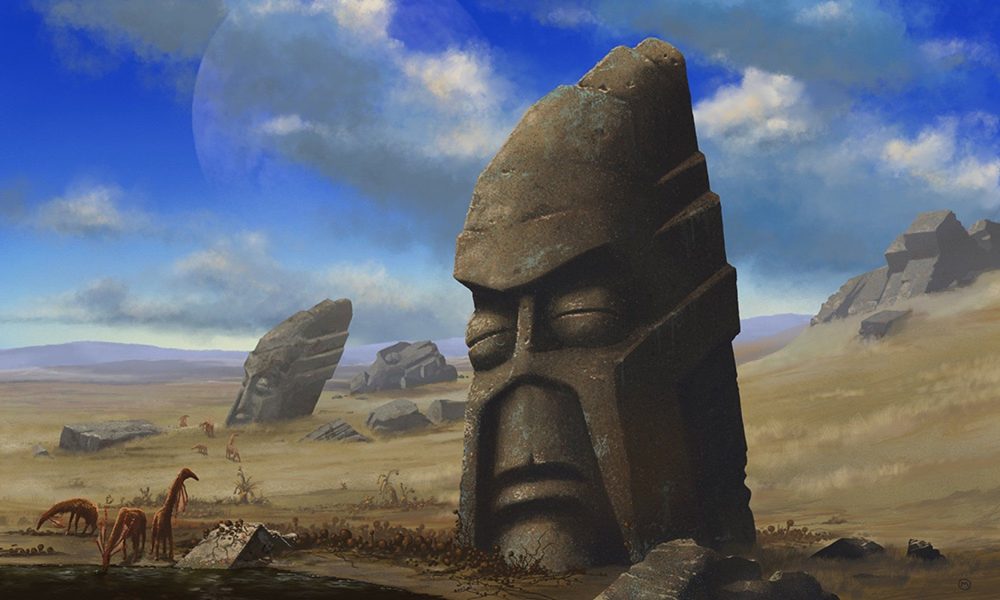 Gavan Schmidt, director of NASA's Goddard Institute for Space Studies (GISS), and Adam Frank, professor of astrophysics at the University of Rochester, looked into the possibility how a technologically advanced civilization may have existed on Earth before humans, and may have left, perhaps inadvertently, traces of their existence behind.

It may sound like a plot for a great science fiction movie, but what if it were true? And what if we could find evidence of their existence?

Scientists have revealed that global warming and soil samples permit us to examine and learn about possibly developed societies that preceded us and their impact on our planet’s climate.

What if these advanced civilizations left us clues—inadvertently—for us to find?

Some may call it weird science, but it actually may not be so ludicrous after all.

Understanding the history of our planet is understanding the very origins of life. Our species’ history can be seen as no more than a speck of dust in the midst of all the vast creation of the world we call our home today.

Through it, an endless number of civilizations have existed for more than 10,000 years.

Although many ancient cultures or civilizations existed, many authors define mother civilizations characterized by having an autonomous and authentic origin; Mesopotamia, Egypt, Peru, India, China, and Central America all saw great civilizations come and go.

We may refer to them as mother civilizations because ancient civilizations developed in Central America, or Africa, for example, left a legacy to cultures that would come after them.

But what exactly defines civilization in today’s society? If you were to ask scholars, they’d probably say that civilization is defined as a process by which a society or place reaches an advanced social and cultural development stage and organization.

How do we actually know that we are the first developed civilizations on the surface of the planet?

The honest answer would be we can’t.

However, Gavan Schmidt, director of NASA’s Goddard Institute for Space Studies (GISS), and Adam Frank, professor of astrophysics at the University of Rochester, looked into that possibility.

The research presented by Frank opened several doors that forced us to ask questions we previously never thought of asking.

This led him to analyze the results of the industrialization of any civilization before our observable impact on the climate.

In other words, if there was an extremely advanced civilization, evidence of their existence could be found in the climate itself.

Like the era we live in today, overpopulation and industry leave a clear and evident mark on our planet’s geology and biology. (In fact, not long ago, experts have revealed that we entered into a new geological era called the Anthropocene.)

Schmidt and Frank investigated the possible consequences on the climate and nature itself that a hypothetical industrialized society preceding the one we live in today may have caused.

Researchers have concluded that there is no human progress without an immediate and observable effect on the ecological system.

To build and preserve a civilization, energy extraction is required so that it persists.

Hence, the first human communities on Earth found in the natural exploitation of the countryside everything they needed to live and evolve. Their primary development was based on agriculture and livestock.

Later in their history, as these cultures became stable, they explored and opened trade routes.

Despite their minimal technological development, the first civilizations on Earth carried out a series of crucial tasks to survive in the environment that had a greater or lesser impact on the planet.

The biggest problem with analyzing the possibility of a civilization that predates ours is that our society is accustomed to imagining extinct civilizations with sunken cities, buried statues, and treasures.

While such traces may exist belonging to ancient cultures, it only makes sense if you are looking back in history in extremely small (or, better said, recently) time scales

Once you decide to look back into history tens or hundreds of thousands of years, or even millions of years, things become highly complicated.

What exactly do you look for? Traces of sunken cities? These would have disappeared, leaving perhaps no traces behind as evidence of their existence.

The truth is that humans have been on Earth for a concise period of time, compared to the extensive and long history of our planet and the species that inhabited it.

For example, if we were to look at our civilization today, experts say that we are leaving behind us clues and pieces of evidence that will probably remain detectable by scientists in archaeologists of the future for at least one hundred million years.

Imagine if we were to look for traces of an advanced–industrial–civilization that lived on Earth before ours. Would we find their cities, factories, and roads?

If this civilization existed millions of years ago, we probably wouldn’t.

Earth’s geological record does not offer records beyond the Quaternary period.

The Quaternary is the geological stage in which Homo Sapiens appeared on Earth and began approximately 2.6 million years ago.

If we were to go beyond the Quaternary, we would find traces of no evidence of an ancient civilization. Everything that may have existed at the time was destroyed and disappeared forever from history.

In other words, if we were to look for a civilization that existed on Earth several millions of years ago, we would probably not be able to discover scientistic evidence of their existence on Earth. No visible traces would be left behind.

If all physical traces such as ruins were destroyed, what kind of evidence could still exist from previous civilizations?

To understand that, we need to look at our present civilization and its impact on the planet through our technological development.

One clear example of that is plastic. This material created by humans will outlive our society and remain embedded in our planet’s oceans for geological time scales to come.

Today’s civilization’s collective activity leaves behind extensive traces that scientists can detect from the future for around one hundred million years. The wind, sun, and waves wear large-scale plastic elements, leaving the seas full of microscopic particles that end up submerged in the ocean floor, creating a layer that can persist for millions of years.

Frank and Schmidt noted that although the extensive use of fertilizers keeps 7 Billion people fed, it redirects nitrogen flows to food production. Future scholars would be able to find these traces of nitrogen in the sediments.

The same applies to minerals such as coltan extracted from exotic countries and used in electronic devices. Traces of similar minerals hey will also appear in sediments, as is the case with synthetic steroids, which will be detectable in geological strata within 10 million years.

Although we may not find physical evidence of industrial civilizations predating ours, researchers argue that once a civilization realizes it needs to discover an alternative, low-impacting energy source to slow down human-caused climate change, it will consequently leave behind fewer footprints.

The more sustainable a civilization becomes, the lower the signal it will leave for future generations.

Climate change caused by the use of fossils leads to a reduction in oxygen levels in the ocean. These low levels help trigger the conditions necessary to manufacture new fossil fuels, such as oil and coal. In this way, civilization’s disappearance could sow the seed of a new one in the future.

It seems that to answer the above questions, we need to dig deeper and look at the possibility of previously developed civilizations predating us from a scientific but open-minded perspective.